When Queen Victoria granted a royal charter to establish Queen’s College in Kingston in 1841, she was 22 and had reigned for four years. Over the course of her nearly 64-year reign (1837–1901), Victoria shaped key events in Canadian history, including the aftermath of the rebellions in Upper and Lower Canada, the relationship between the Crown and the First Nations, and Confederation. The Queen also shaped Canadian culture and institutions, and her birthday remains a national holiday in Canada.

Victoria enjoyed a close relationship with Canada from the time of her birth. Her father, Prince Edward, Duke of Kent, was the first member of the royal family to reside in what is now Canada for an extended period of time, living in Quebec City and Halifax and becoming Commander in Chief of the British North American forces in the 1790s. In 1791, the Duke of Kent became the first member of the royal family to visit Kingston as part of a larger tour of Loyalist communities. The Duke of Kent was one of the first public figures to use the word “Canadian” to refer to both English and French Canadians. Prince Edward Island was named in his honour. The Duke of Kent died of pneumonia nine months after the birth of Victoria in 1819 but she always cherished his memory and named her eldest son Albert Edward, after her husband and father respectively.

When Victoria became Queen in 1837, British North America was in turmoil as rebellions broke out in Upper and Lower Canada. The 18-year-old Queen was kept informed by her prime minister and she recorded their discussions about the situation in Canada in her journals, noting, "Lord Melbourne hopes it may not be so bad as it is rumoured. There certainly is open Rebellion.” In honour of her coronation in 1838, Victoria granted amnesties to minor rebels in both Upper and Lower Canada, beginning a process that ultimately allowed exiled rebel leaders to return to Canada. In 1843, Governor General Charles Metcalfe of the Province of Canada issued a special pardon for exiled rebels. The Amnesty Act, which pardoned all those involved in the rebellions, was passed in 1849.

Victoria also engaged with First Nations leaders from the beginning of her reign. In 1838, she met with Kahkewaquonaby, chief of the Mississauga First Nation, at Windsor Castle to receive a petition for title deeds to land along the Credit River. Treaties negotiated between the Crown and First Nations during Victoria’s reign remain in force to the present day. When the Queen’s children eventually visited Canada, they met with First Nations leaders, listened to their concerns, and engaged in traditional exchanges of gifts.

The close relationship between Victoria and Scotland influenced the culture of the new university in Kingston. England and Scotland shared a monarch from 1603 and became part of a united Great Britain in 1707. During the 17th and 18th centuries, successive monarchs spent little time in Scotland. Elements of Scottish culture such as wearing tartan and participating in traditional games became associated with the Jacobite rebellions. The monarchy’s attitude toward Scotland changed in Victoria’s lifetime. The Queen admired the novels of Sir Walter Scott, which romanticized Scottish culture, and acquired a private residence, Balmoral Castle, in the Highlands of Scotland. The Queen’s adoption of tartan costume and the publication of her Highland journals revived popular interest in Scottish history and culture.

Victoria played a key role in Confederation, selecting Ottawa as the capital city and meeting with John A. Macdonald and other fathers of Confederation in London. Loyalty to the Crown united public figures from different regions of the new Dominion. The Queen never visited Canada in person but all four of her sons and one of her five daughters, Princess Louise, spent time there and set precedents for future Canadian royal tours. Louise, whose husband Lord Lorne was appointed the fourth Governor General of Canada since Confederation in 1878, laid a cornerstone at Queen’s University.

In addition to her political influence, Victoria exerted a profound cultural influence over the English-speaking world, including Canada. Images of the Queen wearing a white wedding dress, celebrating family Christmases around an evergreen tree, and travelling by rail influenced popular culture. Late 19th-century celebrations of Canadian Thanksgiving often honoured events in the Queen’s reign, such as the recovery of her eldest son from typhoid fever in 1871 and the Queen’s Golden and Diamond jubilees, in 1887 and 1897 respectively. The jubilees were also opportunities for new Canadian initiatives, such as the founding of the Victorian Order of Nurses in 1897.

When Victoria died in 1901, her birthday remained a national holiday to honour her achievements as a Mother of Confederation. In addition to Queen’s University, more Canadian institutions, streets, cities, and natural features are named for Queen Victoria than any other historical figure. 175 years after the founding of Queen’s University, Queen Victoria remains one of the most influential figures in Canadian history.

Carolyn Harris, MA’07, PhD’12 (History) is a historian, author, and royal commentator. She currently teaches history at the University of Toronto, School of Continuing Studies. She is the author of Magna Carta and Its Gifts to Canada: Democracy, Law, and Human Rights and Queenship and Revolution in Early Modern Europe: Henrietta Maria and Marie Antoinette. Dr. Harris’s third book, Raising Royalty: 1000 Years of Royal Parenting, will be published in 2017.

A study of solar neutrinos is only the first step in the development of the new field of neutrino astronomy. We’re not limited to looking only at neutrinos coming from our own sun. Who knows what we will find?
View SNO men 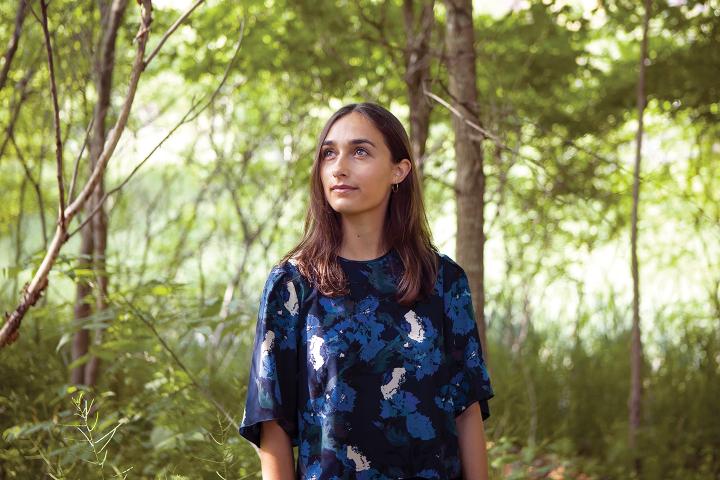 The ties that bind

When Michelle Blumberg accepts her MSc in cognitive neuroscience at Queen’s this autumn, her “Grammy...
View The ties that bind
Top