The Spanish influenza: the deadly pandemic of 1918

Several factors combined to contribute to the devastation of the 1918 flu pandemic: a high morbidity rate, a high mortality rate, the end of the First World War and, most significantly, the propensity for the disease to develop into pneumonia.

The flu’s morbidity rate, the frequency at which a disease appears in the population, was particularly high for this pandemic. It has been estimated that half the globe’s population was infected with this strain of influenza. This astounding worldwide coverage was due in large part to the end of the war, which saw millions of soldiers returning home and taking the flu with them.

Unlike the majority of annual influenza strains, the 1918 H1N1 strain affected healthy young adults disproportionately more than juvenile, elderly, or immunocompromised individuals. This was because the virus elicited a cytokine storm, an overreaction of the body’s immune system that can fatally shock the body. In conjunction with the unusually detrimental cytotoxic effects of the Spanish influenza, the propensity for lung complications also led to its notoriety.

The particular strain led to an unusually high incidence of pneumonia, which was frequently the cause of death and dramatically elevated the mortality rate. With an incubation period between 24 and 48 hours, the disease quickly devastated communities that were largely ill equipped to deal with it.

Treating the 1918 Spanish flu was often more of a guessing game than a hard science: people tried everything from home remedies to combinations of oils and herbs. For the most part, treatment was symptomatic and reactionary. It was popular for people to take cinnamon, in the form of oil with milk or as a powder, to help lower the body’s temperature. If that failed, Aspirin was commonly used, which would help with ensuing headaches as well. Cyanosis accompanied some cases, and this was treated by giving patients oxygen masks or injecting oxygen under the skin. Many of the flu cases that developed into pneumonia were treated with epinephrine.

Unusual and ineffective treatments abounded as desperate people clung to the notion that something might help. A prime example of this was salt with quinine, a common medication for malaria at the time, which people used as a flu treatment. Many quinine treatments contained laxatives, as it was falsely believed that flushing the system would help rid the body of disease.

An ad for Bromo-Quinine tablets, circa 1919. They were advertised for use with colds and influenza. They contained yellow phenolphtalein, a cathartic, which was inaccurately believed to help flush disease out of the body. Image courtesy of the Museum of Health Care at Kingston

Despite the high number of ineffective treatments, there was one idea that was moderately successful: blood transfusions. Although the rationale was not thoroughly understood at the time, physicians recognized that removing the serum from convalescent patients and transfusing it into ill patients would help increase survival rates. After the clotting factors, along with white and red blood cells, were removed, the remaining serum consisted of electrolytes, antibodies, antigens, and hormones which helped support ill patients.

Early implementation of treatment was critical, as transfusion within four days of pneumonia complications resulted in a 19% fatality rate compared with 59% for those waiting longer than four days. The use of transfusions took off during the First World War with the aid of three recent discoveries: the existence of differing blood types, the use of the anti-coagulant sodium citrate, and the use of refrigeration to store blood. As a last-ditch effort for many patients, transfusions produced surprisingly effective results.

The Spanish flu in Kingston

Kingston experienced one of the highest flu-related mortality rates in Canada, with a number of factors contributing to the local pandemic. Kingston was a military hub and many returning soldiers were either stationed at, or filtered through, the city. Adding a health complication to the already overwhelming task of returning soldiers home, the flu forced many soldiers to extend their stay in Kingston before they were permitted to travel again.

Additionally, Kingston boasted two hospitals that were able to support many ill patients from other communities: Kingston General Hospital and Hotel Dieu Hospital. During the pandemic, these permanent hospitals were supported with temporary hospitals throughout the city.

The most significant factor that contributed to the high in-hospital death rate in Kingston was that treatment in hospital was free. Unlike most hospitals in the province, Kingston had a unique relationship between the Queen’s medical school and KGH. Free patient admission enabled hands-on learning for medical students while encouraging people to seek help at a hospital rather than staying home. This encouraged people from surrounding communities to travel to Kingston for their care.

Following the first flu death in Kingston on October 7 due to pneumonia, people began to develop a more significant appreciation for the particularly detrimental consequences of that year’s flu. With more than one-third of its staff ill, The Daily British Whig was having trouble completing its delivery routes because many of the route runners contracted the flu. Two compositors at the paper were also ill, resulting in advertisements running several days in a row without changeover.

Meanwhile, Bell Telephone’s offices in Kingston and elsewhere were short-staffed. With one-third of its employees off work, Bell requested that the public make only emergency phone calls until staff recovered. The Kingston, Portsmouth & Cataraqui Street Railway had 10 employees, four of them conductors, fall ill with influenza, requiring significant adjustments to the train schedule.

On October 16, 1918, this notice was placed in Kingston newspapers stating that all public places in Kingston were to be closed until further notice.

Each local board of health had the power to close public places. On October 4, the nearby town of Renfrew closed its schools, munitions factory, and several other industrial businesses after five reported deaths from influenza. Two weeks later, with the pandemic worsening, the decision was made in Kingston to shut down all schools and public places in the city.

While this decision was contested, especially by business owners whose livelihoods were directly affected by the closures, others took advantage of the situation. Treadgold’s Sporting Goods urged Kingstonians to purchase one of their phonographs and stay safe – and entertained – at home. And O’Connor’s clothing store assured its clientele that the store was fumigated daily, ensuring stress-free shopping for bargains.

The two-and-a-half-week period following October 16, 1918, remains the only time that Queen’s University has been closed for a medical reason. During this time, many of the students went home to care for loved ones and escape the close quarters of Queen’s housing. Nursing and medical students were compelled to stay and help in the overwhelmed local and nearby hospitals. About half the medical students stayed in Kingston; the other half were dispatched to surrounding regions, from nearby Gananoque and Madoc to as far away as Collingwood and Sherbrooke.

The Queen’s Military Hospital had 141 admissions between October 7 and 21. When it became clear that flu cases would outnumber the available beds at KGH, Hotel Dieu Hospital, and the Queen’s Military Hospital, an additional emergency hospital was set up on Princess Street at the Great War Veterans’ Association. Opening on October 19, the hospital cared specifically for women and children suffering from influenza. Members of 22 families were admitted with a total of 57 patients, two of whom were children who died during their stay.

In a surprisingly coordinated effort, the Provincial Board of Health initiated the Ontario Emergency Volunteer Health Auxiliary (OEVHA). The OEVHA held lectures in cities throughout the province to train women as volunteer emergency nurses. Those who passed the short course were given a uniform with the badge "ONTARIO S.O.S." (Sisters of Service). In Kingston, 156 women volunteered for the Sisters of Service over 18 days, with 1,255 home visits being made to 200 families, seeing a total of 600 patients.

The search for a vaccine

When the flu hit eastern North America in the fall of 1918, the idea of vaccination as a treatment was already in the minds of many researchers. Although there were benefits to having different vaccines produced at the same time, this made it challenging for health practitioners to determine which, if any, to provide patients. Most vaccines on the market claimed to be preventative, while a few also suggested therapeutic value. Because of the sheer number of options available to physicians, many elected to use vaccines as a last resort rather than for their preventative value.

Guilford Reed was a professor at Queen’s at the time, first in the Department of Biology and then in the Department of Pathology and Bacteriology. On October 1, 1918, Dr. Reed began researching a potential vaccine by taking naso-pharyngal swabs of 70 patients with influenza. He analyzed the swabs for their bacterial content and found that 94 per cent of the swabs had Bacillus influenzae (modern Haemophilus influenzae type b); 50 per cent Pneumocococci; 56 per cent “green-producing” Streptococci (modern Streptococcus pneumoniae); and 31 per cent Moraxella catarrhalis. From the bacterial species, ten strains of B. influenzae and Pneumococci, along with five strains of Streptococci and M. catarrhalis were grown in pure cultures on agar with rabbit’s blood.

Despite the promise of Dr. Reed’s work, his research did not lead to any significant treatment protocol changes. The pandemic, although devastating, was fairly transient and it was over before researchers and physicians could react effectively. Additionally, it was challenging to produce a large quantity of vaccines in such a short time. Unfortunately, Dr. Reed’s work was inconclusive and unable to demonstrate acceptable effectiveness to move forward in a rapid manner.

Although many researchers worked tirelessly to develop an effective bacterial vaccine, future research highlighted how far off they had been. Although the differences between bacteria and viruses were beginning to be understood, the important distinctions were not yet appreciated. Bacteria are more autonomous single-celled organisms that are significantly larger than viruses, which require a host to infect. It was not until 1933, when more powerful microscopes revealed the size difference, that the true viral origins of influenza became known.

What did we learn from the Spanish influenza?

As with many epidemics and public health issues, it was only in hindsight that physicians, policy-makers, and the general public appreciated the appropriate ways to treat the Spanish influenza. The prophylactic use of a vaccine, now a common inoculation practice each fall, was in its infancy when the virus was at its deadliest in 1918.

The 1918 influenza pandemic brought researchers’ attention to the potential harm the annual virus could cause. After its acute devastation in 1918, the pandemic persisted to a lesser extent throughout 1919 and 1920. If a silver lining existed for physicians during these three years it was this; because of an increase in the number of flu cases in the spring of 1919 and again in March 1920, research on influenza continued. By 1920 it was becoming increasingly clear and accepted that vaccinations were going to be the most effective prophylactic treatment to combat influenza.

In the wake of the Spanish flu, there was an outcry from the medical community at the lack of a coherent, national approach to the pandemic. What was needed was seamless, consistent communication between physicians and policy-makers regarding the treatment and control of influenza. In 1919, the year following the flu pandemic, Canada’s Department of Health was formed. 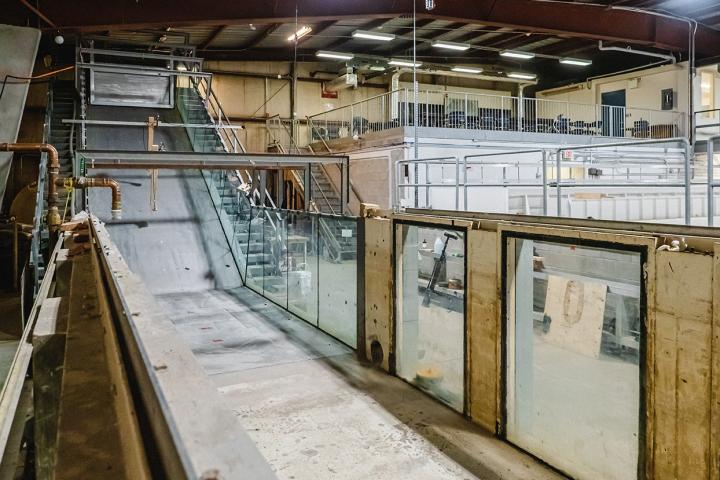 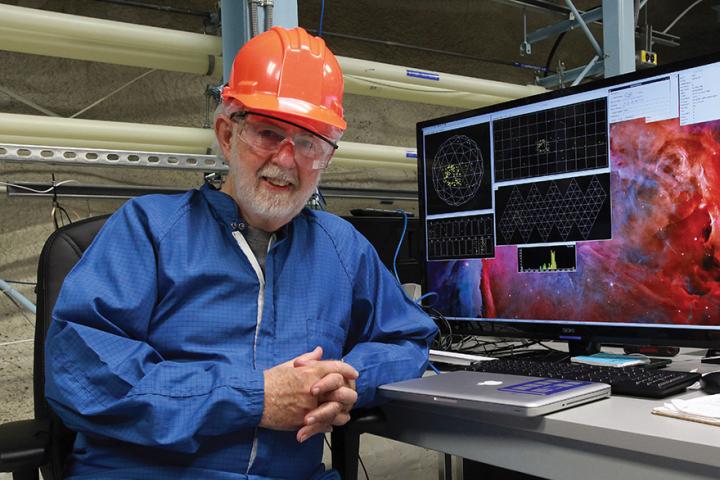