When you get dressed tomorrow, Jason Cyrus would like you to consider the complex story of colonialism, environmental degradation, and racism that surrounds the plant that produced your cotton shirt. To that end, Mr. Cyrus, the Agnes’s 2021 Isabel Bader Fellow in Textile Conservation and Research at Queen’s University, has curated an exhibition called History Is Rarely Black or White, which opens at the Agnes Etherington Art Centre on Nov. 27 and caps his fellowship, which ended in April.

The show focuses on the enslaved Africans and their descendants without whom cotton production would not have been so valuable to the U.S. South in the years leading up to the American Civil War.

The exhibition displays some 21 garments from the Queen’s University Collection of Canadian Dress, which comprises more than 2,500 articles of fashion from the late 1700s to the 1970s, along with tintype photographs of formerly enslaved people who escaped on the Underground Railroad. This will be the first time some of the Victorian cotton garments in the collection will see daylight in a public exhibition, Mr. Cyrus says.

The garments and photos are only the first page of the story.

The current Isabel Bader Graduate Intern in Textile Conservation and Research, Anne-Marie Guérin, has snipped some threads and is using isotope analysis to scientifically pinpoint where the cotton in a 19th-century garment worn in Canada was grown and harvested. At the very least, the DNA of the thread will weave an image of the global reach of cotton.

Mr. Cyrus says he believes this is the first time an exhibition will bring together fashion academia and race history “through the connecting point of scientific analysis.”

Through a video and articles of clothing, Damian Jöel tells the story of the Gullah people, whose journey from Africa through slavery has led to a thriving and unique modern culture.

Mr. Cyrus has a background in the fashion industry with Gucci, Holt Renfrew, and North American brands such as Banana Republic. For him, fashion is more than a model on a runway. Fashion can convey deep social, cultural, economic, and artistic meaning. And he wants to explore that material culture.

“I describe myself as someone who explores intersections between cultural exchange, identity, who we are as a culture, and who we are as people. I answer those questions through
a clothing lens, a fashion lens.

“For me, it is absolutely fascinating how the clothing that we put on day to day reflects not just highly personal choices. … It could be tied into historical things like colonialism, slavery, gender politics. All those are wrapped up in a choice that is made in a snap.”

Continuing a philanthropic tradition that began in 1948, the Bader family’s generosity toward Queen’s continues with a series of gifts from Isabel Bader, LLD’07, and Bader Philanthropies, Inc., the family’s charitable foundation.

Isabel celebrated the legacy of her husband, Dr. Alfred Bader, BSc’45, BA’46, MSc’47, LLD’86, by donating 12 paintings to Agnes Etherington Art Centre. The paintings are 17th-century Dutch still lifes, biblical scenes, and scenes from daily life. Two of them are now on view in the exhibition Studies in Solitude: The Art of Depicting Seclusion, at Agnes until June 2022.

She honoured Dr. Bader’s conservators, Charles Munch and Jane Furchgott, by donating nine Leica S9i microscopes to help students in Queen’s Art Conservation program examine and treat cultural artifacts.
Isabel also championed a pair of gifts from Bader Philanthropies, Inc. to fund Indigenous initiatives at the university. The Outdoor Gathering Space, modelled after an Ojibway round house, will be a visible home for Indigenous welcoming, pipe, and sunrise ceremonies. The foundation has also funded a new position at Agnes, a full-time curator, Indigenous art and culture, to ensure that Agnes’s activities are Indigenous-led and embedded within the art centre.

Informed Consent and the Beauty of Diversity

A new mural now graces the front of Harrison-LeCaine Hall.

The four-metre-tall vinyl transfer was commissioned last summer by the Queen’s Consensual Humans Club. It is meant to encourage everyone who sees it to consider consent – across all definitions and spectrums.
“The real aim of the project is to be a community-centred celebration of consent,” says Megan Sieroka, Artsci’21, a former Consensual Humans co-chair.

After a call for submissions went out, Queen’s fine arts student Niki Boytchuk, Artsci’23, was selected to bring her design to life.

Boytchuk wanted an inclusive perspective to her mural so she sent out an anonymous survey to her peers to find out what they thought about consent. The answers influenced the final piece.
“A Love that Clings” was installed on Aug. 23, along with an artist’s statement explaining the inspiration and symbolism behind the design.

Nine projects at Queen’s will benefit from more than $1.1 million in funding from the Canada Foundation for Innovation (CFI) John R. Evans Leaders Fund.

The fund supports leading-edge research by giving exceptional researchers the tools and equipment they need to become leaders in their fields. The Queen’s portion was part of $77 million in funding recently announced by the federal government and will help support research in a range of areas, including robotics, architecture and technology, energy conversion and storage, and ocular health.

“For almost 25 years, the CFI has helped create the conditions that allow researchers to accelerate discovery and innovation,” says Nancy Ross, Vice-Principal (Research).

A debut non-fiction book that explores, through personal essays and poems, questions that haunt social movements today has been chosen as Queen’s Reads for 2021–2022.

I Hope We Choose Love: A Trans Girl’s Notes from the End of the World by Kai Cheng Thom combines personal essays and prose poems that blend the confessional, political, and literary, taking cues from contemporary thought leaders in the transformative justice movement.

With the Tokyo 2020 Paralympics just behind us, a leading Queen’s researcher says it’s time to reimagine what we think of as an athlete and create opportunities for athletes of all body types and skill levels.

“We have an image of what an athlete should look like and how they should move,” says Dr. Amy Latimer-Cheung (kinesiology and health studies), who is leading a multi-year research project examining inclusivity in sport that aims to build a safe, welcoming, and inclusive environment for Canadian parasport athletes.

Dr. Latimer-Cheung, who is also the Canada Research Chair in Physical Activity Promotion and Disability, believes one of the reasons for the lack of inclusivity is there are fewer opportunities for athletes with a high level of disability to participate.

“Many of the sports showcased in the Paralympics, currently, just aren’t suitable for athletes with certain disabilities,” she says.

The research is funded by Mitacs, a not-for-profit organization that designs and delivers research and training programs and will engage seven Mitacs research interns from Queen’s University and Western University in multiple projects over the next two years. It involves interviewing individuals living with disability, including Paralympians themselves, to better identify solutions to create opportunity for participation.

The research team is also partnering with the Canadian Paralympic Committee, Ontario ParaSport Collective, PowerHockey Canada, and other stakeholders to close the gaps in community-based sport programming for athletes with disabilities.

Dr. Stephen Archer, who is head of Medicine at Queen’s and Kingston Health Sciences Centre, recently marked a significant milestone in his research career.

A key measure of research productivity and career success in biomedical sciences and other STEM fields is known as the h-index. It quantifies the citation impact of the publications of a scientist. An h-index of 10 indicates a researcher has 10 publications that have received at least 10 citations each. After 20 years of research, an h-index of 20 is good, 40 is outstanding, and 60 is exceptional.

“Reaching an h-index of 100 reminds me of the incredible experiences that I have had as a clinician-scientist since I published my first article in 1983,” Dr. Archer says. “I am grateful to all the people I have trained over the years, many of whom appear as co-authors on my articles. I am also grateful to my patients, who inspire me to learn, discover, and invent. This milestone is truly a group achievement.”

For a decade, the Schulich Foundation has provided innovative and entrepreneurial-minded youth heading into the STEM (science, technology, engineering and mathematics) field life-changing financial backing.
The Schulich Leader Scholarships were established in 2012 by Canadian business leader and philanthropist Seymour Schulich with the goal of identifying the next generation of Canadian STEM leaders.

This fall, Queen’s welcomed 10 incoming Schulich Leaders, who joined the School of Computing and the Faculty of Engineering and Applied Science in various programs.

As of 2021, Schulich Leader Scholarships have supported 46 Queen’s students by providing scholarships worth up to $100,000, covering tuition, fees, textbooks, living costs, etc., to ensure they can devote their time and attention to their studies without financial burdens weighing on them.

“The Schulich Leader Scholar--ships impact your life as a recipient in every way possible. The scholarship opens doors for you to excel, explore interesting opportunities, and differentiate yourself in ways you might not have previously had access to. It relieves the financial burden around obtaining a high-quality education, while connecting you with some of the brightest and most interesting students across Canada,” says Isabel Hazan, Sc’20, who was a 2016 scholarship recipient. “At the annual Schulich Leaders conference, I stumbled into an interview process with Leaders Fund, a venture capital firm in Toronto, where I am currently employed.

Without the scholarship, I likely would never have been exposed to this opportunity or been considered for this role. This is just one of many examples of how the scholarship has directly connected me with unique opportunities and positioned me for success. I attribute much of where I am today to the scholarship and the doors it opened for me.”

Learn more about the Schulich Leader Scholarships and their 10-year milestone celebration.

What: History is Rarely Black or White exhibition featuring dresses from Agnes’s collection, alongside contemporary art

Jim Leech’s term as the 14th Chancellor of Queen’s University is worth celebrating. For seven years...
View Campus News: August 2021 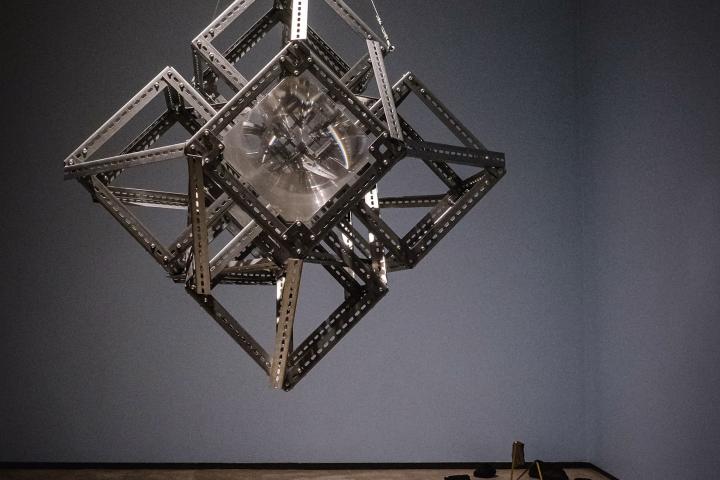