The “I” in ethics: learnings from a first-time experience in the field

The “I” in ethics: learnings from a first-time experience in the field

The way ethics are considered when it comes to qualitative research has changed a lot over time. Certainly, social scientists have long been concerned with moral and social considerations pertaining their research. Up until recently, however, and particularly in political science, ethics remained for most researchers more a sideline concern than a matter of discussion. It is no longer really the case, with a growing attention to ethical considerations and calls for reflexivity from researchers. Reflecting on her doctoral research, Dr. Johanna Masse will analyze her own ethical journey and how it influenced her study on women’s activism during violent conflicts. 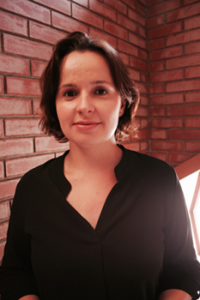 Johanna Masse is a Post-Doctoral Research Fellow at the Center for International and Defence Policy. She holds a PhD in Political Science from Laval University (Québec) and a MA in International Relations from Paris I University – La Sorbonne (France). As part of her doctoral research, Johanna aimed to get a better understanding of women’s forms of activism in conflict situations, with a special focus on Northern Ireland’s Troubles (1968-1998) and Palestine (1967-2000). As such, she focused on the influence of gendered stereotypes when it comes to women’s activism during political conflicts.