How Russia’s Hybrid Warfare is Changing?

The study aims to examine Russia's hybrid tactics below the threshold of conventional war used against Georgia and Ukraine to secure the sphere of influence by destabilizing those states' internal security and territorial integrity. The research focus is on analyzing hybrid methods used by Russia, to include: (i) "borderization" policy; (ii) separatist movement and local unrest (iii) disinformation campaign. The study's methodological framework is based on the clash of interests approach and Gerasimov's doctrine of non-linear warfare. Evidence suggests that the Georgia War of 2008 and Ukraine War of 2014-2021 best demonstrate the reality of Russia’s approach to hybrid war. However, comparison with the Ukraine War since February 2022 suggest that some hybrid war measures may be changing.

The earlier wars suggest that Russia’s hybrid tactics are the first step to "opening the door" to Outimplement a military operation in other states' territories. Russia undermines the sovereignty of the targeted states through election meddling to establish pro-Russian local government and induces widespread disinformation to build pro-Russian sentiments in the targeted society. Gerasimov’s doctrine of non-linear warfare does accept the reality of conventional means of war being used, but the war since February 2022 suggests that hybrid war approaches as used in the earlier wars did not achieve Russian ends, thus leading to the use of traditional conventional means that call into question the utility of hybrid war. This allows for identifying determinants that show how Russia’s hybrid war is changing.

This study is part of the research project developed in cooperation with professor Larry P. Goodson from U.S. Army War College. 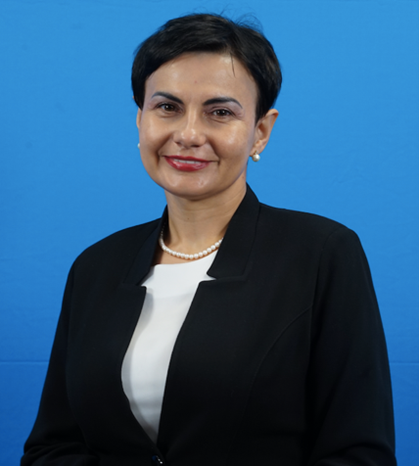 Marzena Żakowska is an assistant professor and lecturer at the National Security Faculty at the War Studies University, FNSWSU. She holds a Ph.D. in Security Science from the National Defence University, Warsaw, Poland. Currently, she is Director of the Global Affairs and Diplomacy Studies at FNSWSU and Chair of the War Studies Working Group at the International Society of Military Sciences. Professional associations include the Academy for International Conflict Management and Peacebuilding and the United States Institute of Peace in Washington, D.C. She is also a Research Fellow at the Royal Military College of Canada and the US Army War College. As editor and author, she has published books and articles on the subject of armed conflict, hybrid threats, security, and social security issues. Recently she worked on the project “Modern War and Grey Zones” with prof. David Last from the Royal Military College of Canada and project “How Russia’s Hybrid Warfare is Changing?” with prof. Larry Goodson from US Army War College.