A remarkable mobilization: The Canadian Veteran Effort in Support of the Afghan Evacuation

A remarkable mobilization: The Canadian Veteran Effort in Support of the Afghan Evacuation 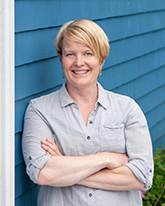 Eleanor Taylor is a native of Antigonish Nova Scotia who completed a 25 year career as a regular force infantry officer and now runs Eleanor Taylor Consulting, a company that supports the development teams and leaders who thrive in adversity. While in uniform, she had many rewarding experiences at home and abroad. Chief among them was her deployment to Kandahar Afghanistan during which she led operations with soldiers from the Canadian, US, and Afghan armies and her work with Special Operations Forces Command developing interagency partnerships.

Eleanor has been asked to share her experiences on Women in Combat and the integration of women into non-traditional trades with academics and Armed Forces of other nations who are studying the issues. In 2013, she was named by the Women's Executive Network (WXN) as one of Canada's Top 100 Women. In 2019 she was invested into the Order of Military Merit Order of Military Merit which recognizes exceptional service. Eleanor evolved from a shy high-school kid to a successful combat leader in a male dominated profession and believes that equally significant transformations are accessible to everyone with the right training and mentorship.

Eleanor lives in Halifax, Nova Scotia with her children, Isaac and Beth. She is passionate about projects in support of veterans’ wellness and women in leadership.