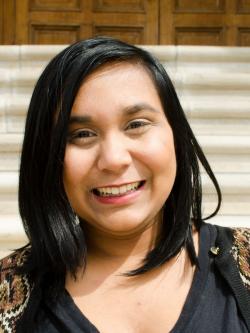 Asheika Sood earned her Bachelor of Arts (Honours) in Political Studies and Geography at Queen’s University in 2017. Her previous research experiences include working with an Edmonton-based consultancy firm providing analysis for Indigenous communities, municipalities, businesses, and not-for-profit organizations. After completing her work at PWIP, Asheika has undertaken a Policy and Research Analyst internship with the Government of Alberta at Treaty 8 First Nations of Alberta.

Asheika's research with the PWIP centered around understanding whether municipalities have been meaningfully including Indigenous perspectives in their Official Plans. The PWIP worked previously on recommending “ways to include First Nations and encourage stronger and positive municipal- First Nations relationships” through helping to promote changes to the Provincial Policy Statement (See PPS At a Glance) in Ontario.

Her project examined whether the changes to Ontario's 2014 Provincial Policy Statement had resulted in better relations with Indigenous communities in the creation of municipal Official Plans. Through the comparison of four municipal official plans from before and after 2014, this research sought to understand whether Indigenous people have been better included and recognized in municipal Official Plans in Ontario