An Interview with Ayelet Tsabari

In this series for the Strathy Blog, we explore the theme of “language” in Canadian literature — in particular the implications of a space containing multiple languages and the movement from one language and culture to another — through a series of interviews with Canadian writers. We reached out to a variety of multilingual voices from different linguistic and cultural backgrounds who engage with language in their work. Our interest lies in how language forms and informs their texts. Each week for four weeks, we will post a new author interview. We begin with Ayelet Tsabari. 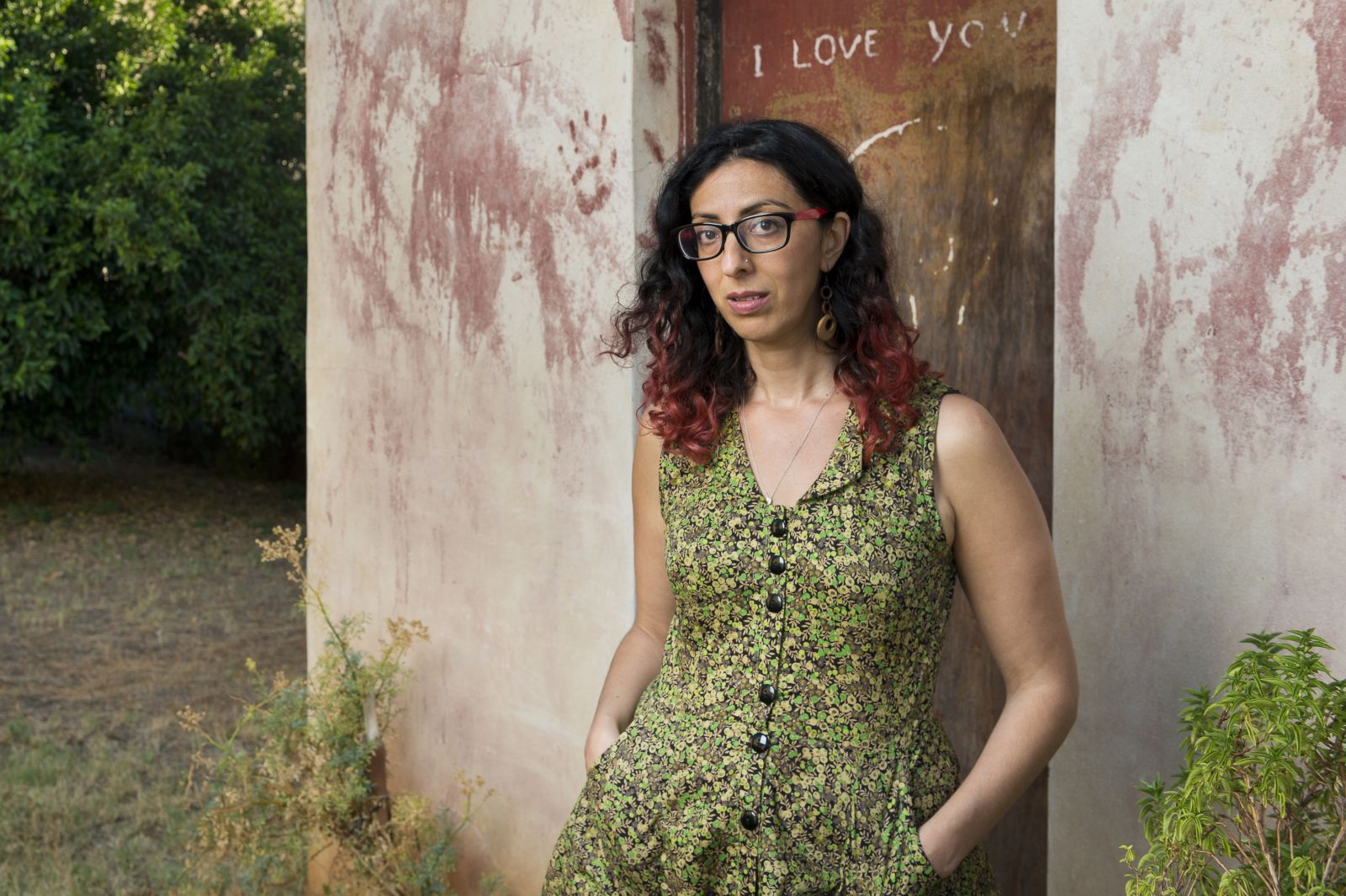 ​Ayelet Tsabari is an Israeli-Canadian author of essays, short stories and poetry, including the acclaimed 2015 short story collection The Best Place on Earth. Her position on multilingualism is unique because she was an author in Israel, working in Hebrew, before shifting to write in English after her move to Canada. Her aforementioned collection is set in both Israel and Canada and discusses many different themes, such as immigration and finding one’s home.

Can you tell us a bit about your language background? Do you use certain languages for certain contexts?

Hebrew is my mother tongue. My grandparents’ mother tongue was Arabic, more specifically Judeo-Arabic in a Yemeni dialect, of which I only know a few dozen words that had snuck into our daily family life. I also learned Arabic (the Palestinian dialect) in school in Israel but unfortunately, I haven’t retained too much of it and possess very basic conversational skills. Still, Arabic has a special place in my heart. It’s the language of my ancestors, of our songs and poetry, and the language of the region in which I grew up. I really regret not putting more effort into learning it in school. I worked at a Lebanese restaurant in Vancouver for a few years, where I had the chance to use my poor Arabic occasionally, and during that time I took some Arabic lessons to refresh the language. I’ve been meaning to get back to it for years. I hope I will soon.

I started learning English in grade four. By the time I graduated I was pretty fluent in conversation and comprehension, but my final mark in English was my lowest grade, mostly because I didn’t grasp the grammar. I did not start reading entire books in English until I was twenty-four.

Now I consider myself a bilingual. I cannot say that I dream in one language or another. I dream in both. I write almost exclusively in English, but occasionally I do some writing in Hebrew when requested. At this point they both feel difficult. Writing is hard. I live mostly in English because my partner speaks English but I do my best to speak to my daughter in Hebrew and I almost only read to her in Hebrew. I read both English and Hebrew books. I go through phases. When I’m in Israel I read mostly in Hebrew. Emotionally, I have a profound connection to Hebrew—it is the tongue that flowed in my mother’s milk after all. But I am enamored with the English language.

My writing definitely changed when I shifted into English. It became sparser and less flowery. I was young back when I was writing in Hebrew and I loved flaunting my vocabulary, sometimes unnecessarily. Since my vocabulary was limited in English I had to tell my stories with fewer words and less acrobatics and fanfare. Both languages naturally have words and phrases that are untranslatable. There’s a level of frustration that comes with being bilingual. Moments in which I sigh and just stop talking because I can’t find the words. I use an online translator and I Google a lot of words and phrases to find their meaning, to make sure I use them correctly. I also search audio clips and listen to pronunciation of words because I need to know if they fit with the rhythm of the sentence. As far as accents go, Hebrew doesn’t use long and short syllables like English. So, for Israelis, “beach” and “bitch” or “sheet” and “shit” sound the same, which can lead to unfortunate misunderstandings. It still takes effort for me to elongate my syllables when speaking English.

Have you read/worked on translations of your work in other languages, and if so, have you noticed differences in how your ideas are communicated? Your collection is translated from English into Hebrew – were you involved in this process and did the way you communicate your ideas shift?

I couldn’t read most of my translations so I can’t comment on them. But in the case of the Hebrew translation, I originally wanted to do it myself, then realized how much work that would be, almost like rewriting the book from scratch. I was already working on my second book by the time the offer came, so I decided to let someone else do the translation. The translator was wonderful, but I needed to be as involved as possible. I needed my fingerprints all over the text. So, I went over every story with a fine-tooth comb. I changed a lot: added and cut sentences (certain lines and ideas no longer seemed fitting in Hebrew), rearranged words and changed words simply because I like others better (in fact, I kept a sheet of beautiful Hebrew words I came across and might want to use). During that period, I read only Hebrew and was present in Israel for a large portion of the time, so the language was very much alive in me. The Hebrew book feels very much mine. I don’t think of it as a translation. If translated works are generally cousins of the original, I’d say in this case they are siblings.

What do you think about the reception or understanding of your work in Canada versus other countries? What do you hope different audiences glean from your collection, which (in our view) concerns themes of feeling foreign, misunderstood, being an immigrant, and finding one’s home?

I was pleasantly surprised to learn that the collection appealed to people in different cultures. At first I wasn’t even sure Canadians would want to read it! So, getting emails from people from places like India, Italy, Afghanistan and others really moved me. Like you said, the stories speak of feeling out of place, feeling like an outsider, and I think that’s a universal feeling experienced by many.

In your short story “The Best Place on Earth,” Naomi rejects her sister’s love of British Columbia but comes to understand that BC is her sister’s best place on earth, or her home, just as Israel is Naomi’s idea of home. Does this relate to your experience moving to Canada? How does language connect, in your opinion, with the idea of one’s “home?”

I am a lot less certain than both Naomi and Tamar. In fact, the two sisters represent facets of my own identity, and the duality of the immigrant experience. Both Israel and Canada feel and don’t feel like home to me. Language, to me, is a part of the texture of a place, an ingredient in what makes cultures and peoples. For me, the experience of writing in a second language mirrors the experience of migrating to a new country; it circles around the same questions of identity and home.