[Editor's note: This piece is the third instalment in our series Words of War: Canadian English in the First World War.]

These are the words inscribed on 25-year-old Reginald Frank Davey’s headstone nestled in the front left-hand corner of the H.A.C. Ecoust-St. Mein First World War cemetery in France. A driver with the Canadian Field Artillery, Davey voluntarily enlisted in Kingston, Ontario on November 20th, 1915. Over the next three years of war, Davey would survive a fractured tibia and fibula, a diagnosis of shell shock (contemporarily known as post-traumatic stress syndrome), and endless nights in cold, damp trenches. It was in one of these trenches when, at about 9:30 a.m. on September 5, 1918, a German shell dropped down from the bright sky above, killing Davey and six other soldiers.

Davey’s headstone is one of hundreds of thousands inscribed with a message from loved ones. When a soldier or nurse’s body was officially interred by the Commonwealth War Graves Commission (CWGC) in the early 1920’s, families were given the option to add a personal epitaph to the headstone. By exploring the different ways that Canadian English was used in these epitaphs to express immense personal loss, it is possible to gain insight into the sentiments and values of the broader society. 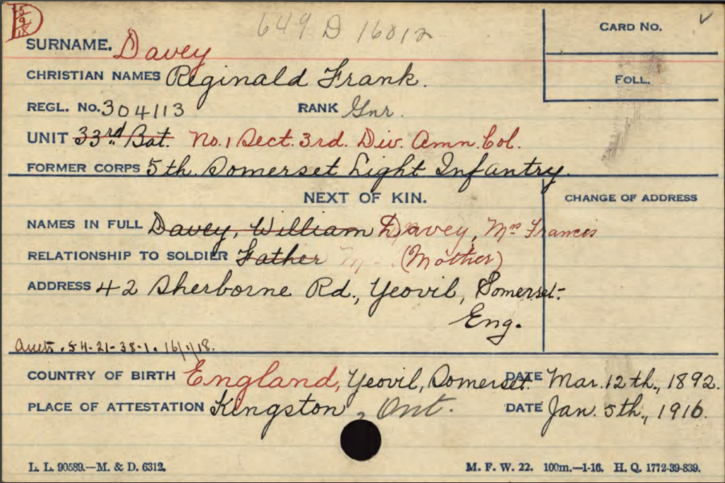 One of the most universal themes expressed through the epitaphs of Canadian soldiers scattered throughout CWGC cemeteries is that of the loss felt by the families left behind. Often, inscriptions were incredibly personalized, signed by “mother” or “wife & daughters.” 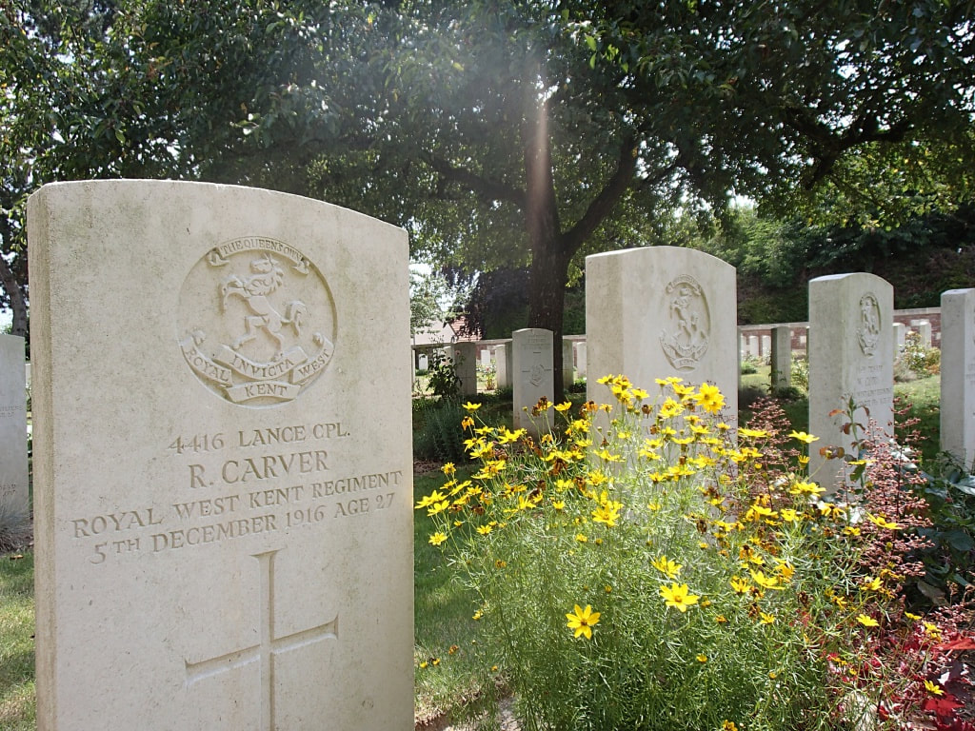 While many epitaphs were written by particular loved ones, others evoke a more general sense of loss. These often use poetic language, written either by the family members themselves or borrowed from an author whose somber words conveyed their emotions. Among others, Lieutenant Colonel John’s McCrae’s poem "In Flanders Fields", which has become emblematic of contemporary commemoration, was used in inscriptions, as it is in the first example below.

His life was gentle that nature might say to all the world, this was a man. (Shakespeare)9
Lieutenant Howard Taylor, 5th Battalion, 6th June 1916 – age 21 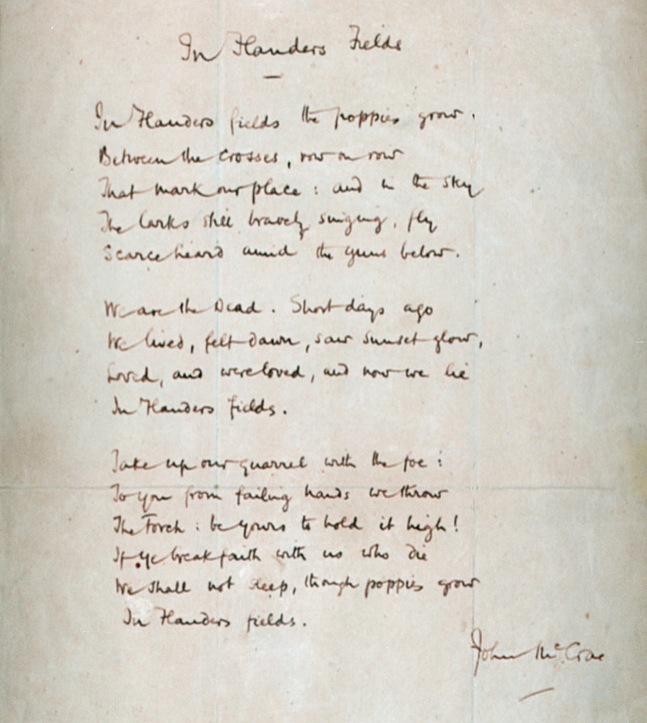 What may strike contemporary visitors to these CWGC cemeteries today, 100 years after the war, is the number of epitaphs, such as the one for Private Wilcox above, which express loss through a distinctly Christian lens. Upon enlistment, soldiers declared their religious affiliation and, in many cases, these beliefs would have provided some comfort to soldiers in the trenches and to families mourning their dead.

While many of these words reflect the sense of mourning which was undoubtedly felt, it is impossible to ignore the fact that many Canadian soldiers enlisted into the war effort voluntarily. At the time, Canada was a dominion of the British Empire and the general sentiment was one of support for the British war effort. This feeling itself is reflected in the language many families used for the epitaphs of loved ones. Many honour the values of liberty and duty, while others express a deep pride in the Canadian contribution to the war.

I couldn’t die in a better cause (from his own lips).16
Lance Corporal Clayton Robertson Selkirk, 5th Canadian Mounted Rifles, 23rd June 1917 – age 21

If I fall, I shall have done something with my life worth doing.17
Private George Lawrence Holmden, 5th Battalion, 19th August 1915

They flung their glory to the grave that the future might be whole.19
Private William Nicol Cross, 1st Canadian Mounted Rifles, 11th June 1916 – age 23

England called, who is for liberty? Who for right? I stood forth.20
Private Sidney Howard Burgess, 10th Battalion, 9th April 1917 – age 26

This sense of duty and national pride is even more evident in the epitaphs of soldiers who lied about their age in order to enlist. The minimum age of enlistment during the First World War was 18, yet there were many cases where younger boys pretended to be of age in order to serve. The epitaphs of these boys, as well as men still in their youth, express the sense of duty they felt but also the distress of parents who outlived them.

These inscriptions help to humanize the statistics: In all, about 650,000 Canadians enlisted in the war effort and of those, 66,000 lost their lives and a further 172,000 were wounded. The epitaphs, chosen with care by Canadians navigating post-war society, do not simply honour deceased soldiers or give insight into the complex emotions tied to the catastrophic loss of life. They also reflect a society’s effort to find peace, understanding and identity in the shadow of war.