On the idea of mentorship

I remember when I first heard from QBAC [about the mentorship program], I was really excited about it because the Black community at Queen's is a very small one. And the thought that I could connect with a young grad or someone who was soon to be graduating was really meaningful to me. Because I hoped that I could help, that I could support them in some way. The idea of bringing together a very small group of people from different years was really inspiring. And for me, that sense of being able to reach that hand back because it has been reached to me was something that really appealed to me. So, I am so grateful that the Black Alumni Chapter brought us together.

Aaliyah-Mae: When I found out that I was matched with you, I saw that you were a teacher and a vice-principal and not really in my field of interest. So I have to say that I was a little hesitant! I didn’t really see, at first, what I would be able to get out of this match.

Rosalie: Well, it’s interesting because I didn’t really have any expectations. I’ve had the opportunity to mentor in different ways in the past, and I really wanted it to be about whatever that person wanted. So, I was really open. It’s interesting, though, because we shared that initial concern about the program match. I mean, I love psychology, and I took Introductory Psychology, but I thought initially that they were going to match us by program because I know my world very well. And so I was worried that I wouldn’t be able to provide the type of support that you might need. I wanted to make sure that I was going to be really useful to you, because while my field was dovetailing the one that you were going into, was not directly in the same line.

Rosalie: When we look back at our first meeting, I said to you that it was like a blind date.

Aaliyah-Mae: We met for dinner at a restaurant that I chose. You wanted to make sure I was comfortable so you let me choose where we would go. So, going in, I expected something very professional. I thought I’d be meeting with someone whom I could go to with questions like, “Does my resumé look good?” or “I’m having this problem at work…” Well, I did get that. I can ask you those questions, but I also met someone I can turn to in all areas of my life.

That first meeting, I was worried that I wouldn’t have too much to say or that you would think I was just not that interested or not really taking full advantage of this opportunity that we were given. You’re a talker –

Rosalie: I am! [laughing]

Aaliyah-Mae: And you talked a lot, and that made me feel comfortable. I didn’t feel like I had to fill in the silence. But then you also gave me the space to talk when I felt like I had something I could contribute. And you’re very easy to talk to.

Rosalie: I wanted you to feel like I was going to be someone that could be useful to you in any kind of way. Sometimes we forget that different relationships can have a power differential. You know, I’m a little bit older – and maybe wiser, but we don’t know about that! So, I really felt like you needed to be able to make those choices, like where we were to meet for dinner. If you were comfortable, I was going to be comfortable.

Aaliyah-Mae: So, let’s talk about our shared experiences at Queen’s. I guess everyone who goes to Queen’s has shared experiences to some extent. But because we’re both Black women who went to Queen’s, a school that is predominantly white, our experiences are more similar than say, mine with someone else in my program. For me, especially in my first and second year, I didn’t feel comfortable at Queen’s. I didn’t have a great time living in residence, I didn’t really connect with people around me. And I didn’t feel like the school was really for me. And I think that it’s really important to put that out there because there may be other people who experienced the same disconnection. It is disheartening to think, “Oh, is it just me who had a negative experience?”

Rosalie: It really is a shared experience to be a racialized Black woman at Queen’s, or in any space. I was so saddened because I heard about your negative experiences. Sometimes I think about perspective being relative. I was the only Black person in my residence in my first year. There were three of us who would identify as Black in my program, which was one of the specialized programs at Queen’s. But I was coming from a place that had less diversity than Queen’s, from a small town in Southern Ontario. In elementary school, I was the only Black child from kindergarten to grade eight. I don’t know if I’ve ever shared this, but when I got to Queen’s, I remember looking around and saying, “Wow, look at the diversity.”

But you know, one thing that’s interesting was our shared experience with the community outside of Queen’s. I had mentioned to you that I knew someone, as a student, whom I called my Kingston mom. She was from Haiti. And she used to do my hair. And you know for Black women, hair is a very serious issue! So just having someone who could do my hair meant the world to me. And she was also someone who shared my faith, so we attended the same congregation. And I think you had a similar experience.

Aaliyah-Mae: For sure. I found a church community in Kingston outside of campus. So, I had this community outside of school. And I made some great friends there, some of whom also went to Queen’s. I think this just shows again the importance of programs like the QBAC mentorship program. It’s all about bringing people with similar experiences together. I also wanted to talk about our shared experiences following the end of the formal mentorship program. So obviously, everyone right now is experiencing life in a pandemic. And we are all being affected differently by it. You and I have talked about how important it is during this time to have someone who is there for you and supporting you, so that you don’t feel you’re alone.  And we’ve also talked about all the other negative things that have been going on in the world surrounding race and racial inequality, and everything that stemmed from events like the murder of George Floyd. So having a mentor who has been experiencing these events with me, and in a similar way, makes me feel like I have an enriched support system. You understand me on multiple levels.

Rosalie: When I was reaching out to family and friends in various parts of the world, one of those  people now in my inner circle is you. So I wanted to make sure you were okay.

On advice for each other

Rosalie: The advice that I have for you is to just be yourself and just trust who you are. Everybody engages in things differently. And that’s wonderful. I’ve always tried to surround myself both with people that I share things with and people who are different than me. I find that so enriching, it makes me look at things differently. You and I have a lot in common and some things not in common.

Aaliyah-Mae: Yes, I’ve always found myself to be drawn to people who are kind of the opposite to me, very outgoing, very talkative, because I’m quieter. I always thought I could have a career in therapy, because I’m a good listener. I prefer listening over talking. So, that’s one of the reasons why I think this relationship works, because I give you space to speak, and you give me space to listen. I think my advice for you is the same. Just continue being you. I find that you’re so loving and charismatic and passionate. You’re a leader. I can only imagine how many lives you’ve positively affected just by being you. I’ve found myself wishing that I could be a student in one of your schools because I feel like you’re the type of person to just go out of your way to ensure that everyone around you knows that they’re loved and appreciated. And I just think you’re a really good role model.

Rosalie: You know, the Queen’s Black Alumni Chapter created this great mentorship program, and we both signed up, wanting to honour what that program can be. But what has happened, as clichéd as it may sound, is that we have a beautiful friendship. So we’re not mentor/mentee anymore. We’re just really good friends. And I hope that you know, as I would for any friend, I will continue to provide support and  guidance in any way that I can. So while our mentorship meetings have officially ended, the friendship has no expiration date – ever.

The 2020 Queen’s Black Alumni Chapter mentorship program matched 12 mentors with 14 mentees. Learn more about QBAC and find out how you can become a mentor. 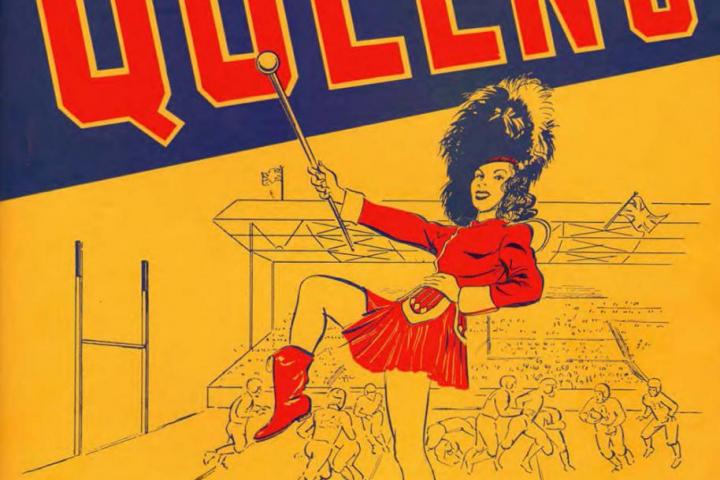 Celebrating the 1955 and 1956 Gaels football teams

Not everyone remembers the first Richardson Stadium, but those who do may remember the glory of the...
View Celebrating the 1955 and 1956 Gaels football teams 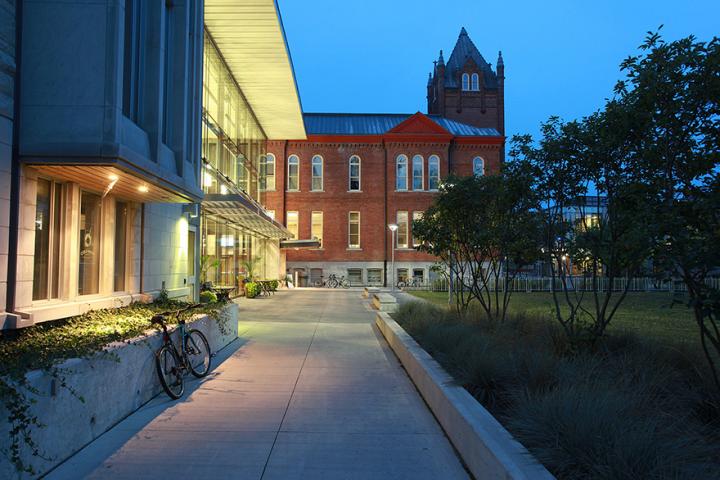