Spring and early summer are magical times at the Queen's University Biological Station (QUBS) as new “migrants” in all shapes and sizes begin to appear after a long winter.

Slithering snakes, vibrant birds, and possibly the cutest raccoon ever (nicknamed Bandit by his observers) were just part of the parade that provided research opportunities for 16 undergraduates representing five universities (Queen’s, Wilfrid Laurier University, Western University, the University of Guelph, and the University of Ottawa) who were recently taking part in a field course, The Ecology of Spring, at the station.

“The course focused on understanding adaptations for plants and animals to survive the harsh winters at our latitude, but also on the astonishing array of reproductive strategies that organisms deploy,” says Dr. Steve Lougheed (Biology), who taught the course alongside Drs. Orianne Tournayre and Chris Eckert.

“Students also get to pose and gather data to address their own hypotheses based on their field observations,” he added. “This provides opportunities for students to pose their own research questions and follow through from conception through data collection and analysis to writing a manuscript-style final paper.”

Known in the Queen’s community as QUBS, the station is one of the leading scientific field stations in Canada and has a mandate of teaching, research, and active land stewardship. For nearly eight decades, professors and students have gathered there to conduct leading-edge research and participate in courses spanning ecology, evolution, conservation, geography, and environmental science.

Queen’s has placed in the top 10 of the Times Higher Education (THE) Impact Rankings for the second year in a row, coming in seventh place out of more than 1,500 post-secondary institutions around the world./p>

The rankings measure the actions universities and colleges are taking to advance the United Nations’ Sustainable Development Goals (SDGs). Created in 2019, THE’s Impact Rankings are the only international assessment to evaluate how universities’ programs and initiatives align with the SDGs. This set of 17 wide-ranging goals is a universal call to protect the planet and its people.

Queen’s placed second worldwide in the “No Poverty” SDG, thanks to programs such as the Commitment Scholars Award, which provides financial support for students who are members of underserved or underrepresented groups and who have demonstrated leadership in racial justice, social justice, or diversity initiatives. Queen’s also ranked second for SDG 16: “Peace, Justice, and Strong Institutions,” earning praise for training the next generation of policy-makers through the School of Policy Studies, and supporting academic freedom by being a part of the Scholars at Risk program, which arranges temporary research and teaching positions for scholars whose lives and freedom are under threat.

In 2021, Queen’s ranked fifth in the Impact Rankings out of 1,240 universities from 98 countries and regions.

“I am incredibly proud of the Queen’s community for this repeat stellar performance,” says Patrick Deane, Principal and Vice-Chancellor. “The ranking recognizes the sustained impact we are having in our local and global communities, but also serves to inspire future action fuelled by our collective intellectual curiosity, passion to achieve, and commitment to collaboration – key to our mission and values.”

Basketball/rugby star player named one of U SPORTS top athletes

A Queen’s athlete who excelled on both the basketball court and rugby pitch has been named one of the top athletes in U SPORTS.

Sophie de Goede capped off an incredible season by being named the female recipient of the 2022 Lois and Doug Mitchell U SPORTS Athletes of the Year Awards. (The male recipient was Waterloo Warrior football player Tre Ford.)

The Commerce student led the Gaels to their first U SPORTS women’s rugby championship gold medal in program history, and was named the tournament MVP. She was also named both the OUA and U SPORTS Women’s Rugby Player of the Year.

After the rugby season was over, Ms. de Goede joined the women’s basketball team and helped the Gaels win a bronze medal at the U SPORTS Women’s Final 8 Championship (which took place at Queen’s). She was named a Second Team OUA East Division All-Star after leading the OUA in rebounding, averaging 12.1 per game while adding 9.8 points per game.

She was also named the PHE’55 Alumnae Award winner as Queen’s Varsity Teams Female Athlete of the Year.

“Sophie de Goede is a generational player and a generational person,” says women’s rugby head coach Dan Valley. “Despite the accolades that Sophie has earned over her time at Queen’s, she remains the hardest working athlete on campus – always looking for ways to excel and improve, either on the pitch, on the court, or in the classroom.”

The Class of 2022 – as well as members of the Classes of 2020 and 2021 who had their ceremonies cancelled due to the pandemic – were invited to take part in the pomp and circumstance of convocation events in May and June.

Some ceremonies took place in Grant Hall while others were held at the Leon’s Centre in order to accommodate the large number of graduates.

Congratulations to all the new Queen’s alumni!

In May, Queen’s Chancellor Murray Sinclair, LLD’19, received a pair of honours during a ceremony hosted by Gov. Gen. Mary Simon, LLD’94, at Rideau Hall in Ottawa in recognition of his lifetime of work dedicated to championing Indigenous Peoples’ rights and freedoms.

Chancellor Sinclair received the Order of Canada (Companion), which was originally announced last December, as well as the Meritorious Service Cross for his work as Chief Commissioner of Canada’s Indian Residential Schools Truth and Reconciliation Commission (TRC). He spent six years chairing the TRC, where he heard and documented the experiences of thousands of residential school survivors, and started the country on a journey of healing.

Ishita Aggarwal, Meds’23, held many roles related to medical education and EDIIA (equity, diversity, inclusion, Indigenization, and accessibility). She co-led an assessment to evaluate the quality of anti-oppression and EDIIA curricular offerings at Queen’s School of Medicine and was a member of the Dean’s Action Table on EDI.

Morgan Lehtinen, Artsci’16, PhD’22, helped students achieve their full potential through professional mentorship, and worked to create inclusive environments. She co-founded Bonds for Success, a mentorship and networking program for students, faculty, and professionals in the chemical industry in Eastern Ontario. She also co-founded the Queen’s Chemistry Inclusivity, Diversity, Equity, and Awareness Society.

Max Moloney, Artsci’20, MSc’22, dedicated his time at Queen’s to battling student food insecurity. The varsity football player was involved in several projects, most notably the AMS Food Bank, where he served as manager.

Alyth Roos, Artsci’22, is a dedicated volunteer whose most notable accomplishment is her work with the Arts and Science Undergraduate Society (ASUS). During her term as president during the 2021–22 academic year, she had to overcome many COVID-19 challenges to organize remote student events and spearhead initiatives involving mentorship, sexual violence prevention, and town-gown relations.

During the ceremony, Chancellor Emeritus Leech’s official portrait was unveiled. The most recent inclusion in a tradition that dates to the 1800s, the portrait will hang in the Peter Lougheed Room of Richardson Hall with those of previous chancellors such as Sir Sandford Fleming. Expertly executed by Stratford-based artist Leslie Watts, who was chosen by Chancellor Emeritus Leech personally, the egg tempera portrait features contemporary details such as a tricolour mask draped over the chancellor’s chair to help situate the painting in the events of his tenure.

Chancellor Emeritus Leech’s personal connection to Queen’s began when he received his MBA in 1973. A lengthy history of service began in the 1980s, when he served as a member of the Queen's Board of Trustees, University Council, and Chair of Smith School of Business Advisory Board. Upon completing his tenure as chancellor, he was given the title of Chancellor Emeritus in 2021. 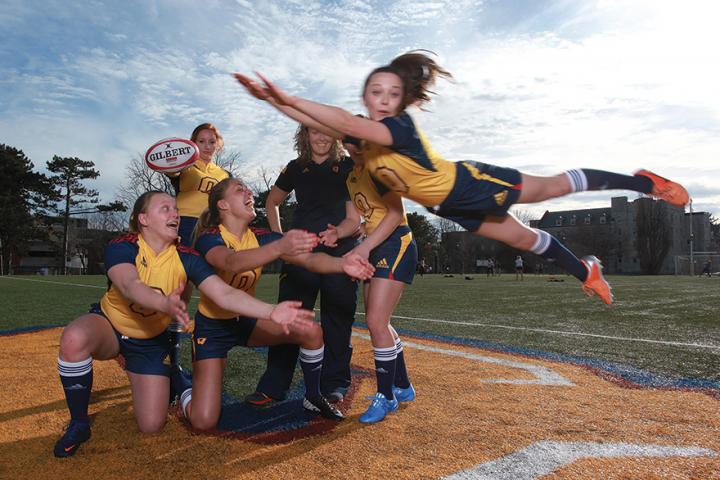 Queen's Women's Ruby: The making of a team

On this July day, the athletes of Queen’s Women’s Rugby are all at home. Some have stayed in Kingston; most are back at their parents’ houses. They’re working at their summer jobs. But they’re also actively training for what comes next: a short, intense season of rugby – just five games of regular play.
View Queen's Women's Ruby: The making of a team 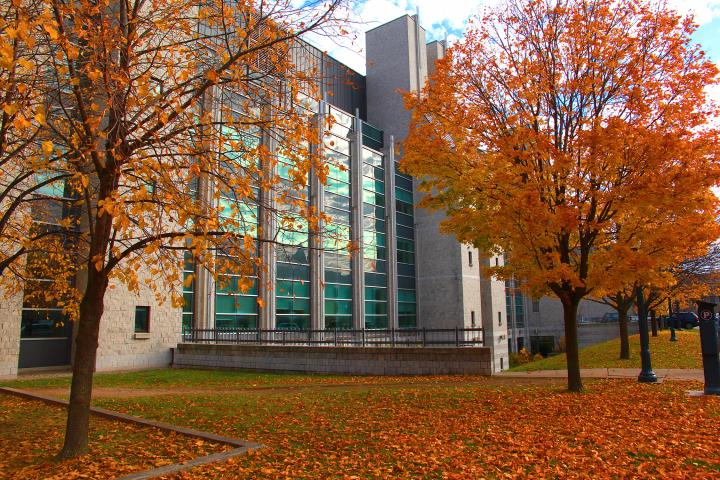 Twenty years ago last fall – in October 1989 – Queen’s was at the epicentre of a media storm and a...
View "No" now really does mean "no"
Top