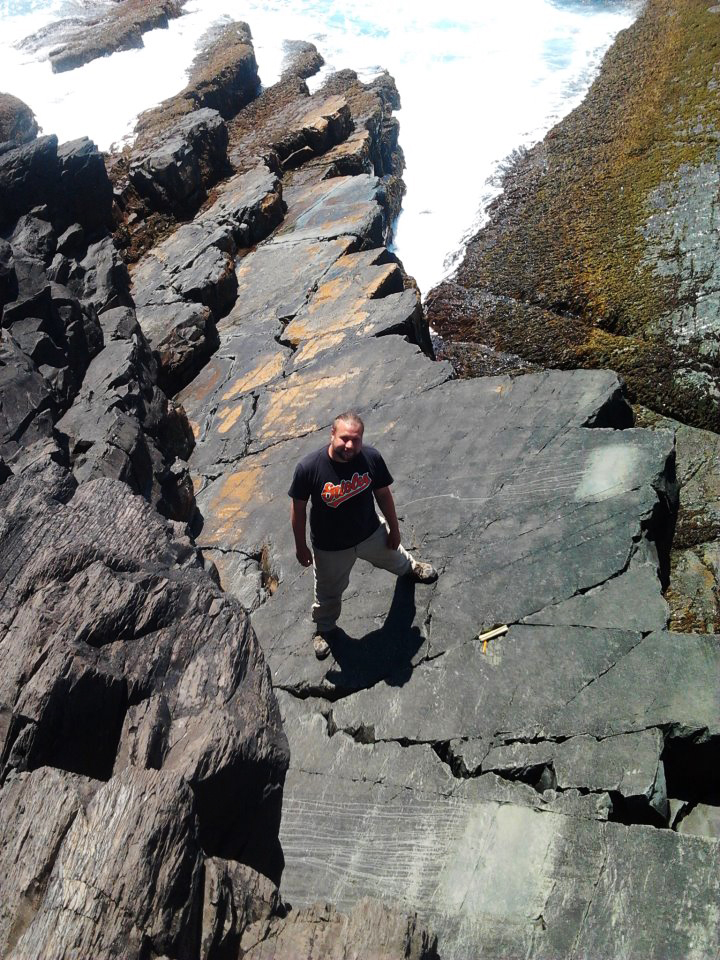 My dissertation focuses on the taphonomy and paleobiology of discoid fossils from the Ediacaran Period of Newfoundland and the Northwest Territories. These fossils are probably the most ubiquitous fossils from the period, but have largely been understudied. Our first paper on the subject, “The discs of Avalon: Relating discoid fossils to frondose forms in the Ediacaran of Newfoundland, Canada” (yes, I love punny titles) supports the interpretation of discoid fossils as the holdfast of the more familiar Ediacaran fronds whose fronds escaped preservation. My current project focuses on a large number of discs collected from the Mackenzie Mountains to interpret how they were preserved and what that can tell us about their life morphology.

Why I chose to do graduate studies:

I’ve been interested in ancient life since a very young age. For example, when I moved from California to Maryland in kindergarten, the teacher had all the other children draw me good-bye pictures; almost all of them drew dinosaurs, since I was always going on about them! When I got to undergrad, I knew paleontology would be the way for me to go, and that to truly be on the forefront, one needs a doctorate. People can do paleontology-related work such as curator or preparator in a museum with a bachelor’s or masters, but in most cases the scientific discoveries are made by folks with “Dr.” before their name (or very motivated amateurs! Gotta show some love!)

My original interest in paleontology was (very stereotypically) dinosaurs, but as I learned more about the field, and progressed through my undergrad, I became more interested in other time periods and organisms. My interests have generally lain in either the roots of biological groups or the aftermaths of major events; the two are often linked. While working on my Masters, I eventually settled on the Ediacaran, as it was one of the major events in the history of life, the roots of all animals, included many enigmatic forms just waiting to be deciphered, and at the time seemed much less studied than other fields of paleontology. My current advisor, Dr. Guy Narbonne, is one of the most widely published and highly regarded experts in the field, and I knew it would be a top notch experience for me to study here. Also, being from the States, I thought it’d be really cool to kick it in Canada for a while; it has not disappointed!

I’ve been the sole TA for Paleontology (GEOL/GEOE-337) for several years, and TA’d the lab for the very first Vertebrate Paleontology (GEOL-342) course here at Queen’s. I have enjoyed both immensely! A solid number of former and current grad students in the department were my students once upon a time :)

I was the departmental TA union rep for a short spell .

Andrew Gagnon-Nandram and I tried to start a band at one point, but theses needed to be written! 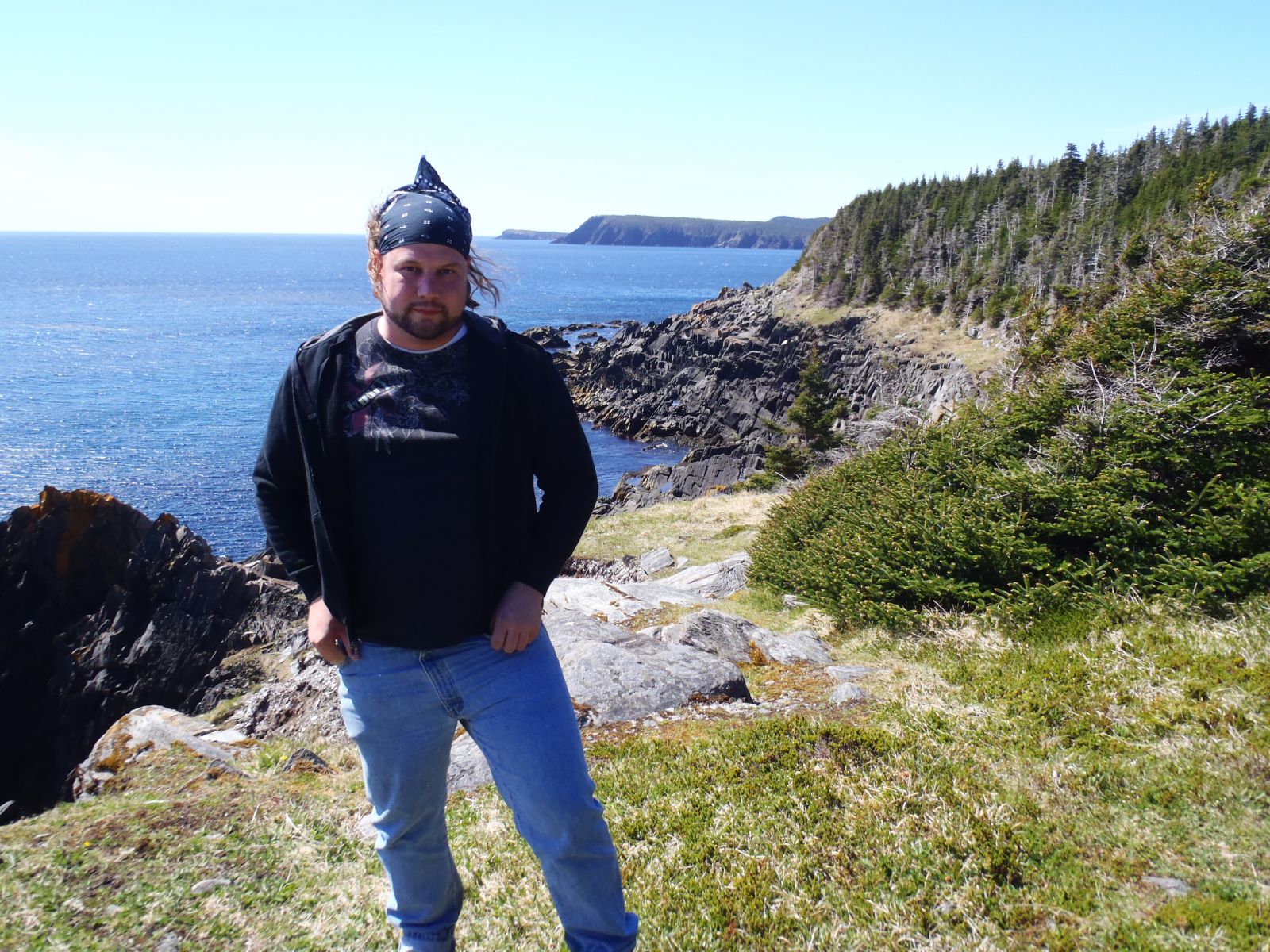 The professor(s) or course which has influenced me the most:

All of the professors I’ve worked with, or even just gotten acquainted with, have been stellar. I’ve most closely worked with Bob Dalrymple, Noel James, Brian Cummings from biology, and of course Guy Narbonne. Guy ran a short course titled “The Neoproterozoic Earth” the winter after I first arrived that was just outstanding. We read and discussed seminal and recent research articles on topics such as Rodinia, “Snowball” Earth, Neoproterozoic oxygenation, the Ediacara biota, etc., and it gave me such a greater appreciation for the Earth events at that time and how we’ve come to recognize them.

After I graduate, I plan to:

First and foremost: sleep. Then, a postdoc. I hope to eventually work either in academia or a Federal, provincial, or state geologic survey. I love doing the research in my field, I especially love going out in the field, and I’ve immensely enjoyed my time as a TA, so the combination of research and teaching seems perfect for me.

Around the end of my working days: get a job for the relevant geologic survey driving around the deserts of the Southwest, describing the paleobiology/paleoecology of fossil outcrops around the region, live out of a camper at various campgrounds, basically get a salary to be semi-nomadic and play with fossils.