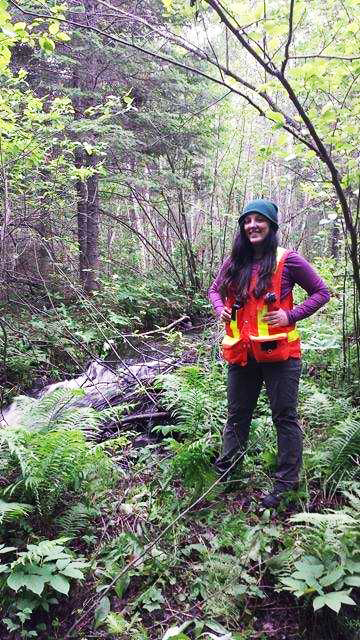 I’ve loved geology since I was a child – I was always outside in the woods climbing and collecting rocks – but oddly enough, I actually started out in Chemistry and have been transitioning into Geology for the past 2 years.  I didn’t take my first geology course until my second year at Queen’s, but it made me fall in love with it all over again.

The fact that Geology is so hands on and allows us to explore parts of the Earth that have otherwise been untouched by anything but nature is amazing to me.  Discovering those hidden treasures and being able to experience nature and learn as much about the Earth as I can while doing it is a huge part of the appeal to me.

I’ve been involved with the Chemistry department’s student council throughout my years here, as well as a Gael for ArtSci Frosh week.  I’m hoping to get more involved with the Queen’s SEG student chapter here in Geology, too.  I currently work while going to school so don’t have much time to myself between that and my academics/research currently, but I’ve been passionate about Photography for years and always make time for that.

Of all the professors I’ve had for the geology classes I’ve taken, and the few I’ve had the opportunity to work with, Dr. Kurt Kyser has undoubtedly had the greatest influence on who I am and hope to be as a researcher and academic.  He loved what he did so much and that translated to the way he taught and mentored his students – and he was also just an incredibly determined and genuine person. He was the person who inspired me to pursue geochemistry and exploration geology, having come from Chemistry himself, and had it not been for his support and the opportunities I had been given working for/with him this past summer, I never would have found the direction that I did in what I aspire to do with geology – and I will always be grateful for that.

Dr. Narbonne’s “History of Life” course was also the first geology class that I took at Queen’s, making me realize that geology was something I needed to be doing, and Dr. Peterson was a huge help in figuring out what courses and requirements I needed to do so. 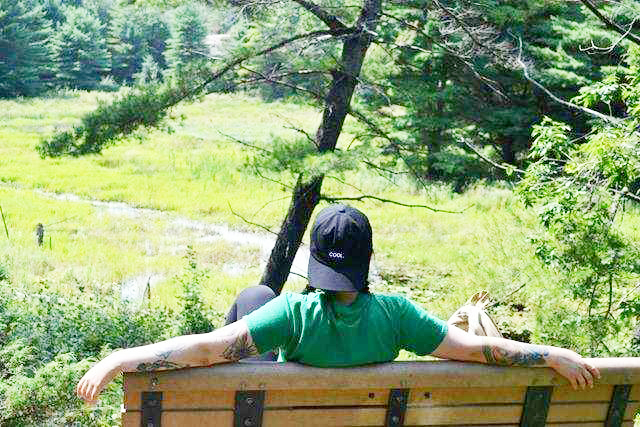 In June 2017 this past summer I had the opportunity to go on a 2-week field work trip with Kurt and a few of his other students to Northwestern Ontario. We were in a remote field camp on a lake collecting samples for a Master’s thesis project, and it has definitely been the highlight of my time at Queen’s.  Not only did it expose me to exploration geology for the first time but I also met some really amazing people on the trip.  It was a lot of hard work, but it was also extremely peaceful and gave me a sense of direction in terms of what I want for myself out of Geology.

Want to do a Master’s degree in exploration geology/geochemistry – that’s the biggest reason why I’ve decided to stay for an additional year of my undergrad to complete my geology minor. I wanted to make sure I had enough of a background in geology on top of the quantitative and analytical skills I’ve obtained from chemistry to facilitate my being successful doing that.  I’d like to work in industry eventually, but I love being in the lab and in the field and I know that research is something that I want for myself, at least for the time being.

One big goal I’d like to accomplish during my lifetime:
I’ve always wanted to see the world and experience and photograph nature while doing so, and if Geology is something that can facilitate that for me, through work, then I know I’ve made.

I’ve also always been a huge advocate of reinforcing the idea that it’s possible to do anything that you want to do regardless of where you came from or whether or not you think you’re capable of that.  Always aspire to do what you’re passionate aboute.