Elizabeth Adamson graduated with a major in history 2006. She went straight to the University of Edinburgh to study for an MSc in Policy Studies. She did her MSc dissertation on comparative unemployment policy in rich countries. Unsure of what sort of career lay ahead, Liz jobhunted in Toronto and eventually ended up getting a fourmonth internship at an education research center in British Columbia, where she focused on early childhood education and care. This experience led Liz to apply for a three month research internship at the Social Policy Research Centre at the University of New South Wales, in Sydney, Australia. Liz arrived in 2009 expecting to return to Canada within a matter of months. At UNSW Liz did research on early childhood education and care policy. She was then offered a two year position at the same institute as a research associate. And recently she began her PhD in the same area, which she hopes to finish by 2014.

Liz works on a number of projects for NGOs and government departments as well as grant-funded research. Her job involves fieldwork, literature reviews, and policy analyses of government programs. In the run-up to legislation it would introduce in parliament, the Rudd government contracted out to UNSW a project on paid parental leave in Australia. (The policy became law in January 2011). Liz was given the responsibility of writing a policy and literature review on paid parental leave in similar countries to inform further evaluation of the policy. “It was the perfect mix of the academic and the practical, both working with stakeholders and undertaking independent research” she told us in a telephone interview. Liz has also worked on a policy audit of the various services and programs for children and families offered by each and every Australian state and territory. When Liz finishes her PhD she will pursue an academic post or possibly a career in government or the NGO sector. A former member of the Queen’s ski team, Liz has made a couple trips to New Zealand to ski, and enjoys Sydney for its outdoor lifestyle, especially jogging and surfing around Bondi Beach.

Looking back on her Queen’s years, Liz has fond memories of several courses. “When I began in the History Department I had no idea of the wide variety of courses on offer. I took courses on the history of China, the environment, terrorism, the history of medicine…things I never would have imagined taking when I was a high school student thinking about what was in store for me at the university level. All my professors were terrific. They were accessible and interesting. The History Department was small enough that you got to know other students. The seminars allowed me to take classes with a bunch of friends. We didn’t plan it that way, but I just happened to end up in the same courses with familiar faces. The small classes required that I be on my toes all the time. You really had to come to class prepared to debate other people. I think this has helped me immensely in my graduate studies.” We asked Liz what she liked about Kingston in general: “I loved the small town atmosphere; everyone living in the same area. It was easy to get involved in campus life because the town was small enough. All my friends were close by. Queen’s is a special place and I am happy that I chose to apply to study there.” 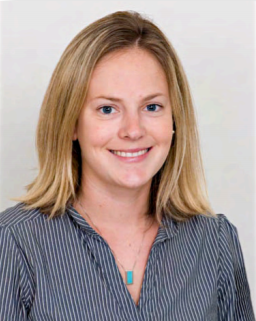