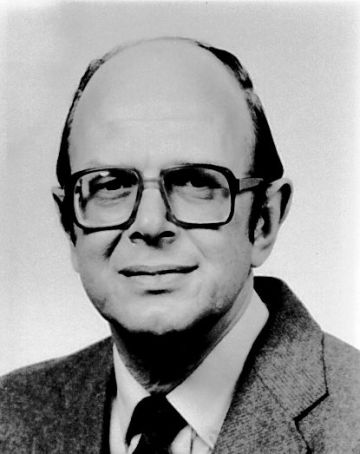 John M. Sherwood (1931-1986) was a Professor in the Department of History at Queen's University for 22 years. He was born in Brooklyn, New York and received his Ph.D from Columbia University. He published George Mandel and the Third Republic with Stanford University Press in 1970. His later writings include the article "England, Marx, Malthus and the Machine," which was published in the American Historical Review in 1985. His study of the History of Technology was incomplete when he died.

Professor Sherwood was strongly committed to students and teaching. One of his most lasting contributions was introducing the first-year course History 121 Introductory Origins of the Contemporary World, based on the Columbia University introductory course on Western Civilization. It depended upon intense discussion and student participation in small classes of under 30 students, providing the kind of intense one-on-one interaction with professors that remains a challenge and goal for university curriculum to this day. History 121 is still offered on a yearly basis and continues to be a thriving course in our Undergraduate program. John M. Sherwood was a rigorous scholar with wide-ranging interests that resulted in the introduction of a number of new courses during his time at Queen's.

His lasting memorial is in the students he influenced, the colleagues he impacted, and his family.
John M. Sherwood's concern with the relationship between technology and the humanities is commemorated in this lecture series established with the support of his family, colleagues and friends. 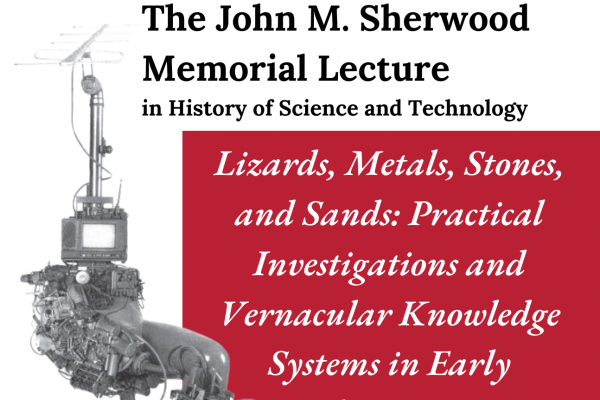 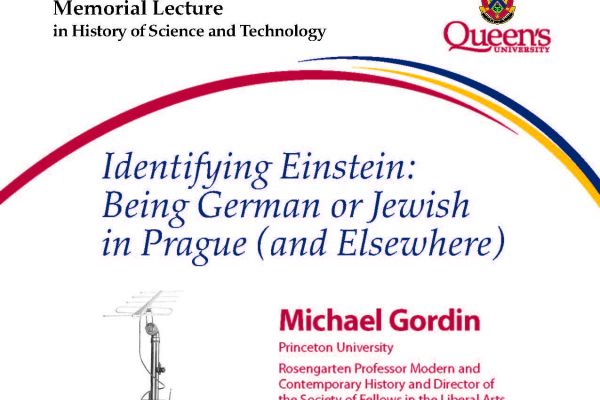 Identifying Einstein: Being German or Jewish in Prague (and Elsewhere) 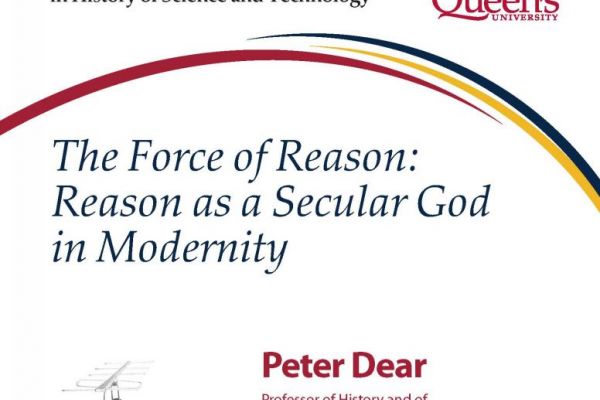 The Force of Reason: Reason as a Secular God in Modernity

About Time: Cosmology & Culture at the Twilight of the Big Bang or Relax, The End is Near 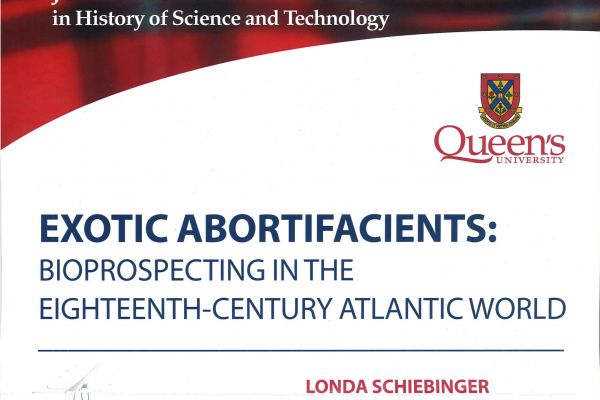 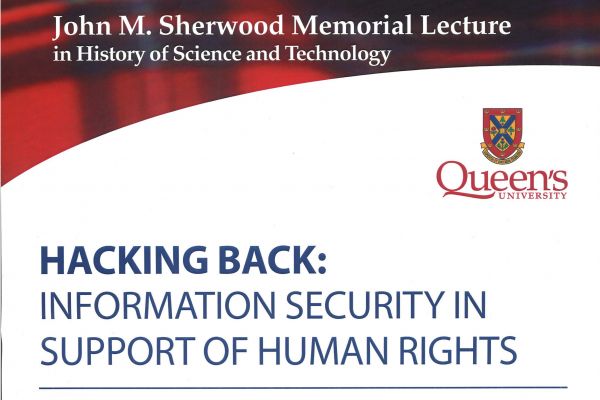 Hacking Back: Information Security in Support of Human Rights 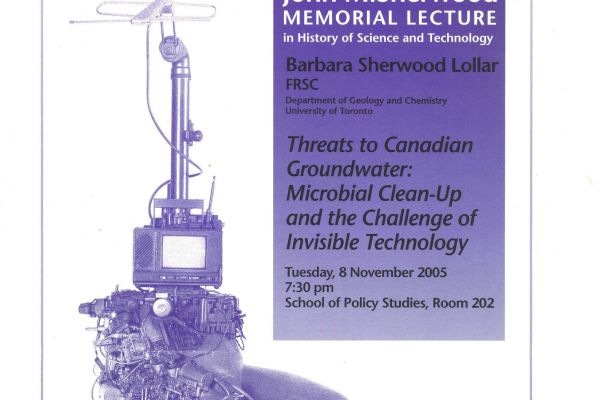 Threats to Canadian Groundwater: Microbial Clean-Up and the Challenge of Invisible Technology 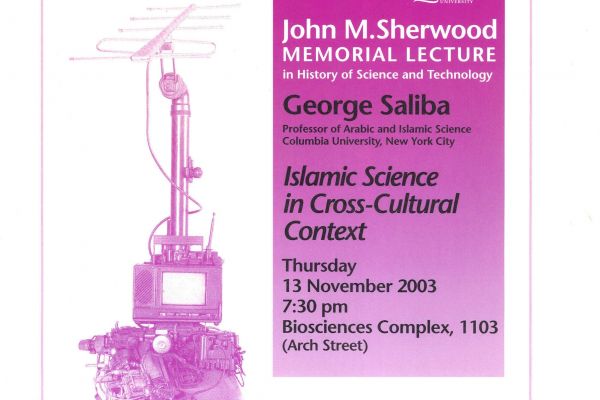 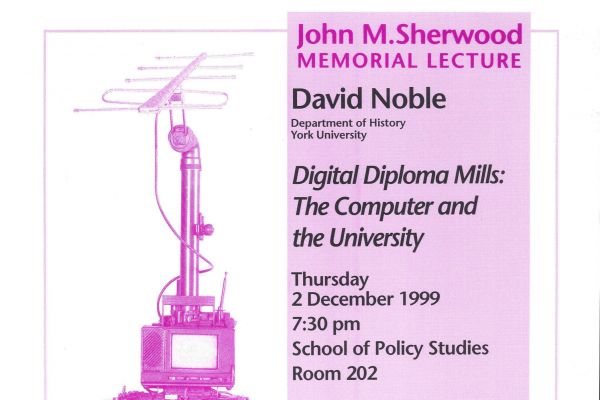 Digital Diploma Mills: The Computer and the University 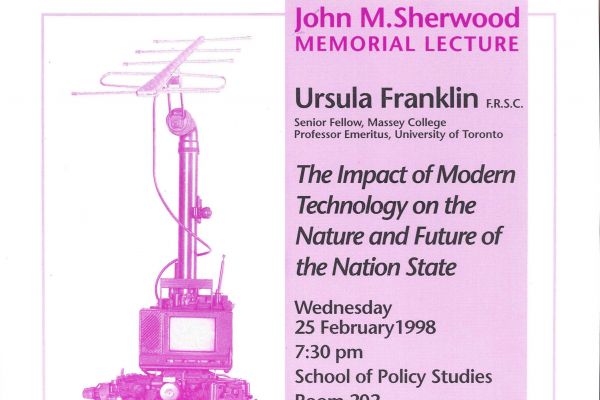 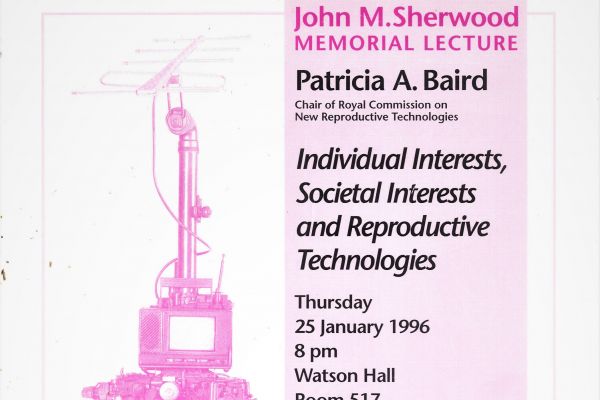 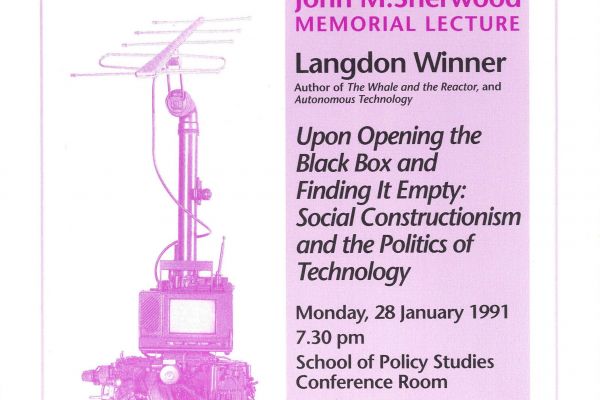 Upon Opening the Black Box and Finding it Empty: Social Constructionism and the Politics of Technology