We reached Sally Campbell Thorpe in Vancouver, where she spends her days with her three sons, all under the age of six. Sally looks back fondly on her Queen’s education: “I am grateful for it every day. I don’t just mean the education itself. I also made lifelong friends in my history seminars.” The winner of the Queen’s TriColour Award upon her graduation from History in 1997, Sally organized the Canadian Student Leadership Conference all the while taking an extra course in her fourth year. In October 2011, Sally’s maternity leave is over and she returns to her position of Manager (Agreement Implementation), in the Aboriginal Relations & Negotiations division at BC Hydro. Sally believes that “doing an Arts degree and graduate work in the social sciences gave me the flexibility to do what I love. I gained a certain breadth of education and career flexibility that I wouldn’t have acquired had I chosen a more narrow professional degree.” Sally believes that a general arts degree “taught me to see at least two sides to every issue. I learned things in my history seminars that have helped me in my current job. Above all I learned how to empathize. History teaches you many things, including tragic stories about past conflicts.” The road to Vancouver took Sally around the globe. In 1998-1999 Sally earned an M.Phil. in International Relations from Cambridge University. From Cambridge Sally went to New York to work as a researcher at a consultancy involved in the study of land mine projects, which took her to Kosovo during the crisis; and then to a project specialist position at the UN Development Fund for Women. For the next 30 months Sally worked for the UN Mine Action Service.

In New York Sally met her husband Greg. They moved to Sydney, Australia to be close to his family. Sally worked at Australians Caring for Refugees as a Project Manager. Her work with refugees and with the horrible problems associated with land mines took Sally to Africa, the Middle East and Southeast Asia. She also lectured at the University of New South Wales for two years. In 2007 Sally returned to Canada. She began work at BC Hydro as an Aboriginal Relations Coordinator. Today she is in charge of managing BC Hydro’s numerous agreements with aboriginal communities. 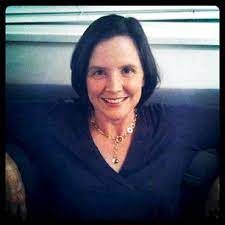