André Côté graduated in 2005, majoring in History with a minor in Political Studies. After finding himself “somewhat underemployed” in Montreal, he eventually landed a very interesting internship as an archivist with the Quebec National Archives. After doing some travelling, he then spent two years as a Research Associate at the Public Policy Forum in Ottawa, working on a range of policy projects that ran the gambit from economic policy to homecare. In 2007, he left to pursue a Master’s of Public Policy from the University of Toronto’s new School of Public Policy and Governance. André is now a Policy Advisor to the Deputy Minister of Finance for the Province of Ontario, advising on files including taxation, pensions, alcohol and gaming. The role entails a variety of things. “Part of the job is advising the Deputy Minister on policy files or updating him on issues,” he says, “but it also includes managing relations with the Minister’s Office, coordinating across Finance and with other ministries, helping to bring forward policy or regulatory submissions to Cabinet, and a range of ‘other duties as assigned’.”

André’s experience at Queen’s played a critical role in developing the skills that has allowed him to succeed in the world of work.  “The broad focus on liberal arts skills —writing, research and analysis, verbal communication— that were core elements in the history program are central to my present role,” he says. “The ability to think and discuss, the ability to read and synthesize large volumes of texts-- these core skills are critical. At Queen’s, I was also made aware of a broad array of issues and ideas —from political economy to medieval history. This breadth of knowledge and range of perspectives has served me well.”

We asked André what he remembers most about Queen’s History: “I had some fantastic classes. Some I ended up in quite unexpectedly but really enjoyed, such as a class focusing on Ireland in the nineteenth century and a seminar on the history of Islamic thought. There was an amazing class taught by a Colonel in the Canadian Forces, Bernd Horn, on the history of counterinsurgency, which was particularly fascinating as Canada’s role in Afghanistan was taking shape. These and other courses had a really significant impact on my interests and career path.”

More generally, we asked, ‘what did you enjoy about Queen’s’? André did not hesitate: “I lived in a big house in the ghetto with six really good guys. It was a fantastic social experience, and I am still best friends with them. By fourth year, I’d really focused on my academics, immersing myself in books and articles. But Queen’s was particularly memorable for the social aspect, and I benefited greatly from it. From the Homecoming parties and the fabulous alumni we met, to some of the inspiring professors I encountered and the amazing friends I made, I look back fondly on my Queen’s years.” 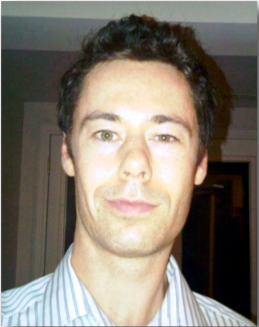