Adam Daifallah is the cofounder of HATLEY Strategy Advisors, a public affairs firm in Montreal. He is also a wellknown author and political commentator, appearing regularly on TVO and CBC. He graduated with a History/ Politics medial in 2002. “After graduating with my BA, I was admitted to Columbia University for the MSc in Journalism degree. But that summer, I got a job as a researcher on Conrad Black's biography of FDR. I worked at the FDR library in New York. Columbia was going to be very difficult financially so during that time Black suggested I apply to work at the New York Sun, a newspaper he had recently co-founded. I interviewed and got the job as Washington correspondent. I had an amazing year there mainly covering foreign affairs, including a few weeks in Iraq in May 2003, just after the invasion. Missing home, I joined the National Post editorial board in Toronto. This was an amazing job, I loved the people I worked with and still can't believe I was paid to discuss politics and current affairs and write about it all day. I took a leave from the Post to co-write my second book Rescuing Canada's Right: Blueprint for a Conservative Revolution (with Tasha Kheirridin). (Adam’s first book, Gritlock: Are the Liberals in Forever?, co-authored with Peter White, had been published during his last year at Queen’s!--Editor).

Adam wrote his second book as a Jeanne Sauvé Scholar in Montreal. During that time he decided to apply for law school, and ended up going to the Université de Laval. After Laval he articled and worked at the law firm Ogilvy Renault (now Norton Rose) in Montreal and left there in October 2010 to co-found HATLEY Strategy Advisors. We asked Adam why he chose to change careers: “one of reasons I left law was to have more time for the other things I enjoyed, so I am now writing more, doing more media commentary (TV, radio, etc) and I can put more time into the courses I teach at McGill -- in the fall semester, ‘Rhetoric: Great American Speeches,’ and in the winter semester, ‘The North American Conservative Movement,’ both upper year undergrad seminars.”

We asked Adam why he chose to come to Queen's. “A few reasons, but the main one was because so many of my high schools friends did. I know that isn't an inspiring answer, but it's the truth. Queen's had a good reputation, and it was not too far from home (Peterborough). I also knew it had a strong Conservative club on campus.” When asked to recall his best memories of Queen’s, Adam said that he had “many, both in and out of the classroom. Queen's Model Parliament, which I attended every year, comes to mind first. It was such a great party--like paradise for a political junkie--and a privilege to sit in the House of Commons. Peter Milliken, who was our local MP and the Speaker, was so great to Queen’s students. Other memories include Homecoming weekends, debates in classes with students and professors, making mischief at the AMS, and learning from various guest speakers who came to campus.” Adam notes that his Queen’s education “taught me how to think critically, how to synthesize a lot of material and retain the essential. My education provided me with a strong foundation. It gave me a good knowledge in history and politics, and also broadened my interest in those subjects, which led me to read and learn more about them.” 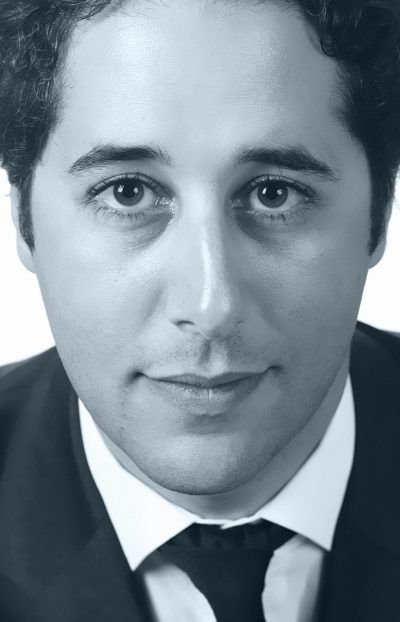