Dr. Joseph Jones is an expert on transport economics and policy and works for CPCS Transcom, a major infrastructure development consultancy based in Ottawa. He has consulted extensively in the rail, marine and road sectors in North America, Africa, Asia and Latin America. His areas of practice include: Business Planning, Cost and Operations Analysis, and Investment Appraisal.

Over the past decade, he has focused primarily on restructuring assignments in the rail, port and inland waterway sectors. He has participated, as a Financial/Transaction Advisor, in rail restructuring/privatization projects in the Republic of Congo, Ghana, Kenya, Madagascar, Malawi, Mali, Senegal, Tanzania, Uganda, Bangladesh, Pakistan, and Chile. He was transaction advisor for the sale of port terminals in Nigeria, with a value of approximately $2 billion. He has also led major marine projects in Vietnam and Papua New Guinea.

Joseph Jones holds a PhD and an MBA from Queen's University. He graduated from the PhD program in the History Department in 1980, after also passing through the Master's program (1975-1976) and taught as an Assistant Professor in the department from 1981 to 1983. Greetings to all from that period! He lives in Hanoi with his wife Oanh and four year old son Minh (David). His son Simon graduated from the Department a few years ago and his daughter Margot lives in Kingston. 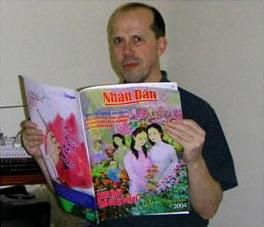