Kate Lunau is an Assistant Editor at Maclean’s magazine in Toronto. She began at Maclean’s in 2007 as an intern. Kate graduated with a History Major and English Minor in 2004. She did not find the time to write for the student newspaper while at Queen’s because she was occupied with other extra-curricular activities, including the sailing team. But journalism was always on her mind. In 2006, Kate finished a graduate program in journalism at Concordia University and soon went to work for the Montreal Gazette and for CBC Radio. With an interest in Latin America and “good memories of her courses in Latin American history with Prof. Parker,” Kate traveled with photographer and journalist Vincenzo D’Alto to Nicaragua for six weeks in 2006 to do a series of feature stories for the Montreal Gazette, including “On the Coffee Trail: From Nicaragua to your Cup.” Here is a link to the story.

Kate advises current undergraduate students: “It is more and more important to go to journalism school, but a basic undergraduate degree in arts is also crucial. You need to be a little critical and skeptical as a journalist and doing a history degree is an ideal preparation for that! You must read between the lines, and that’s what we worked on in history seminars. Seminars are good preparation for journalism because in this profession you are basically talking to people all day long and writing. In seminars, in history seminars, you talk to your peers, and you write a lot.”

Based in Toronto, Kate spends a good deal of time interviewing people on the phone and writing in her office. There is some travel. A typical day runs from 9:30 to 6:00. The various writers meet their weekly deadlines, and then the process begins all over again. At a weekly gathering with her colleagues, “ideas are pitched to the editor; or they are assigned to various journalists. I generally juggle a few stories at once. Some stories have immediate, firm deadlines; others take months. I read a lot for this job, which I love. Recently I have focused on science and health reporting. I am told that my lack of a background in science makes my articles more reader friendly! I read a lot of academic journals, other news sources, blogs, and the like.”

We asked Kate if she had interviewed “interesting” people. Immediately she thought of Buzz Aldrin, the second man on the moon. “We spoke for half an hour or 45 minutes. When I was at the Montreal Gazette I spoke with Gloria Steinem. At the Gazette I covered municipal and provincial politics. I followed Jean Charest’s entourage around in a scrum and I spoke with him briefly.” With her Maclean’s colleague John Geddes, Kate had the pleasure of interviewing Canada’s Chief Justice, Beverley McLachlin. Kate is the author of a series of fascinating feature-articles on the Canadian legal profession. Here is a link to an article Kate wrote which 12 discusses, among other things, the difficulty many Canadians face getting affordable legal assistance.

“You become a jack of all trades as a journalist. No day is the same. It is a fascinating profession.” Kate has been a guest on TV Ontario’s “The Agenda”, hosted by Steve Paikin, where she spoke about the growing number of young women who are opting off the birth control pill. Recently Kate did stories on hip replacements. She enjoys “doing policy-oriented stories.”

“I was very happy at Queen’s. I came from Ottawa. My dad went to Queen’s. And I loved the idea of small classes. I got to know my professors. I remember having a seminar outside on the lawn on a nice sunny September day. There was a strong emphasis on writing. Having the time to write a 20 to 30 page paper—it was exciting. And it was ideal preparation for my career. History taught me to be curious about other parts of the world.” 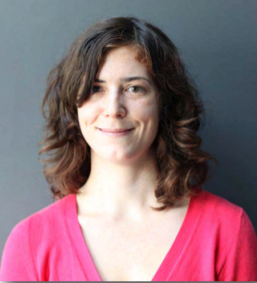