Ian Michael is a Partner at the Toronto office of the renowned law firm, McCarthy Tétrault. Ian is a corporate securities lawyer specializing in public mergers and acquisitions. At the time of this interview (Sept. 2011), Ian was working on the team advising the pension funds that are part of the ‘Maple Group’ bid for the Toronto Stock Exchange.

Ian graduated with a B.A in history in 1996. That year, he started at Queen’s Law School. Ian was elected Rector of the University from 1996 to 1998. Ian looks back on his extracurricular activities: “I was a member of the Ontario provincial ski team right after high school, in 1992-93. I raced all across Canada and Scandinavia. Over the next six years, as a Queen’s undergrad and a law student, I was either skiing or coaching on the cross country ski team. The team was a huge source of camaraderie. It was a great bunch of people. They were smart people who were also good athletes, but we knew how to party too!”

We asked Ian to recount some key moments and memories of his undergrad years: immediately, he thought of three History seminars. “Three classes stick out in my mind--one, because of the special combination of a keen young professor and an exceptional group of students. It was a second year seminar with Clyde Forsberg, who was incredibly enthusiastic about the subject matter, early US history. It was a fantastic review of the roots of modern American politics and religion. The subject matter was great, and that class still helps me to understand why America is the way it is today. My recollection is that we read a book a week. It was a real eye-opener. A fantastic student named Sarah Eddy (a Queen’s History grad, Rhodes Scholar and lawyer— Editor) was in the class along with a whole group of other really interested students. You can begin to imagine what sort of class it was. The level of discussion was really high. I became friends with several people in that class and I remained in touch with them for several years.”

The other two classes that stand out? “Klaus Hansen’s course was also great. I remember it well. It was directly related to Clyde’s course. The course followed the same pattern—heavy reading, fascinating discussions and a real sense that we had got to know a field by the end of the year. And I took a great seminar with each of Don Swainson and Paul Christianson. A high school friend and then housemate happened to end up in Paul’s class which again really raised the bar (He is Robert Leckey, interviewed in this Newsletter--Editor)”. That’s four classes, we reminded Ian. “Yes!” Ian requested that we mention that he got special permission as a Minor to take some upper year Politics courses, which he thoroughly enjoyed. “It was fun trying to keep up with devout political studies students like Ailish Johnson”, recalls Ian.

“In History and Politics, the reading load was heavy. No question about it, I thought I was doing well, but I was stretched and challenged by the workload. I suppose it was a taste of what I would come to enjoy later in life. I gained a critical eye. I was taught not to accept scholarship on its face, no matter the credentials of the author. As a lawyer, the ability to critically evaluate arguments is hugely important. And the stamina required to get through legal material is essential. I think that I had a taste of that as a history student. We were constantly producing written work on a deadline. The ability to just pick up and start writing is crucial. Sometimes when I am really immersed in writing legal memos, I get flashbacks of writing history book reviews!”

We asked Ian about his law firm’s links to Queen’s. “As a firm we clearly seek to hire the best and brightest from wherever they may be, but it is a source of pride for me that that has always included a solid number of Queen’s students. In our Toronto office, we have at least 40 Queen’s Law graduates and numerous Queen’s B.A. alumni. I have stayed in touch with Queen’s by being the recruiting liaison between McCarthy Tétrault and Queen’s Law for a number of years and by serving a six year term on University Council. I feel a strong bond with Queen’s. I now get to come down a couple times a year to teach a few classes on public mergers and acquisitions in the law school.” 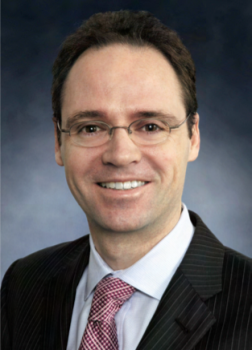