Kathryn Tucker is a lawyer at Dionne Schulze, a boutique law firm in Montreal, specializing in Aboriginal law. Kathryn graduated with a Medial in History and Development Studies in 2003. The road to McGill law school led through Santiago, Chile, where Kathryn was an Intern for a year at the Justice Studies Center of the Americas, Organization of American States. She conducted research on judicial reform in the Americas, particularly restorative justice. Upon graduation (with Distinction) from McGill in 2007, Kathryn articled at a non-profit, environmental justice organization, Lake Ontario Waterkeeper, and subsequently was awarded a water policy fellowship at the Water and Duncan Gordon Foundation, where she undertook research on the ecosystem approach in Ontario law. Kathryn has also worked at Ecojustice (formerly the Sierra Legal Defence Fund). She is hoping to complete her Master of Laws in Environmental Law, at Vermont Law School, in 2012. She has several publications.

Born and raised in B.C., Kathryn is an avid outdoors person, a kayaker, snowboarder, and hiker. A classically-trained pianist and dancer, Kathryn has recently taken up the old time fiddle. When deciding where to undertake her undergraduate studies back in the day, she asked around to learn about different university experiences. Queen’s was the only university universally loved by all the students with whom she spoke. The closeknit student community appealed to Kathryn. “Even Kingston’s geography encourages academic enthusiasm. As Queen’s campus and neighbouring student village are so physically close we could easily hang out at the Grad Club after class to continue our discussion with the professor without people rushing off to catch the bus or deal with parking. These after-class discussions most often occurred in our small History classes. In my first year I was able to take a full-year seminar, Hist 121 (At the time it was. Today, due to cuts to teaching budgets, it is just 50% seminar format—Editor). It was fantastic. As in many of my other classes in years to come, we became friends with one another and with our teacher. Being in a small class in first year gave me confidence to speak in group settings. I took a wide variety of courses and enjoyed dabbling in unfamiliar areas. I liked the Medial option—gaining competence in two disciplines. And by the end of my stay in Kingston, I knew how to write. All the large volumes of readings! It was a very rigorous education. Just the other day, I was just thinking about how useful my history degree is to the field of law in which I work. It's not unusual that someone in our office is heading off to dig around in the archives. It’s just in a day’s work to learn about the Montreal Sulpicians, or the Seven Years' War, the High Arctic relocation of the Inuit in the 1950s, or the history of residential schools. We're currently working with various historians to prepare reports and expert testimony for land claims and treaty settlements. So, perhaps more than most fields of law, the historical dimension is really an integral part of the practice of Aboriginal law.”

Finally, we asked Kathryn what she reads in her spare time. “You mean besides Harry Potter? Why, The Economist of course!” 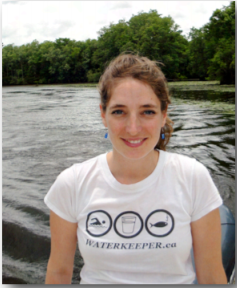