Sinead Tuite works at the Privy Council Office, Canada, as an Analyst, Social Policy Development. This is just the latest in a series of “fascinating jobs” she has held in Ottawa. From 2008 to 2010 Sinead was on secondment from Health Canada to the World Health Organization, where she served as a Technical Advisor on matters relating to water supply management, sanitation, and hygiene. One area of focus was the adoption of ‘best practices’ in water supply management and regulation in small communities. This posting took Sinead to Asia and Africa. Prior to this job, Sinead worked at Health Canada as a Senior Policy Advisor to the Minister of State, Public Health. She provided advice to her department head, to other government departments, to external stakeholders and to the Cabinet. She has held several other policyoriented positions in Health Canada, working in the Assistant Deputy Minister’s office. She has researched and provided advice on matters ranging from water quality and aboriginal health, to the regulation of natural health products. In the course of her many positions in government, Sinead has worn several hats: researcher, policy analyst, advisor to deputy ministers, Legislative Assistant to a Member of Parliament, liaison with industry figures, lawyers, stakeholders. Sinead advises prospective students of public policy to consider a program “with a coop component” in which one may acquire valuable experience.

Sinead studied History and Politics, graduating in 1998 with a Medial. She worked in Japan teaching English before attending the London School of Economics, where she studied with the eminent social policy expert and Labour Party advisor, Howard Glennerster. Sinead believes that her Queen’s education helped her to be “unusually prepared for graduate school and my subsequent career. It was a seamless transition. Some of my peers had trouble doing independent research. I had written an Honour’s thesis so it wasn’t new to me. History and Politics taught me how to interpret documents and the assumptions behind them. At Queen’s the expectations of students were very high—in a good way. It was expected that you had done the readings and that you were prepared to contribute. I got lots of attention from all my professors. My husband went to Queen’s and we enjoy coming back as often as we can to visit our old haunts. We both liked the way we got to know our peers in class, and outside of class too, at the QP.”

Sinead gave birth to her first child, a daughter, in early August. She is on leave from work but knows that when she must return, she will return to a great job. She encourages current students who might be considering a career in the public service: “the Government of Canada is a great place to work. One can have an interesting and challenging career working in Ottawa. The basic skill set you get from a Queen’s education will be a big help.” 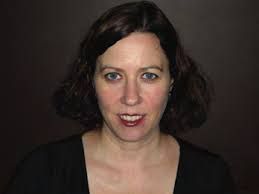