Carly Weeks graduated with a Major in History in 2003. She is a National Reporter with The Globe and Mail. Most days one can open the paper and see her fine work, which might range from articles on multiple sclerosis, the high salt consumption of Canadians, to Canadian scientists working in the USA. Here is a link to a video interview Carly did with Dr. Ralph Steinman, the Canadian-born scientist who died just days before he was awarded the Nobel Prize.

We asked Carly how her time at Queen’s prepared her for her journalism career: “Before I started at Queen’s, I remember hearing someone say the point of university is not to learn, but to learn how to think. At the time, I could only pretend I knew what that meant. But each class I took, new friend I made or paper I wrote challenged me to go beyond what I already knew and try to reach my "full potential." I’m not sure if I ever got there (or ever will) but what I can say is that I benefitted enormously, both on a personal and professional level, from my time at Queen’s. I was suddenly able to look at the world more clearly and critically, create and defend arguments and, most importantly, believe I could accomplish whatever I set my mind to.”

Carly is convinced that her Arts degree has made her a better journalist: “The cliché every Arts student has heard several times by the end of Frosh Week is that their degree, while nice, won’t open any career doors. But what I discovered after graduating from Queen’s is that studying history provided me with the kind of sound knowledge base, analytical skills and vastly improved thinking and reasoning abilities that would set me on a path toward success. As a student, I loved that I got to learn and try to understand the moments in time that have helped turn the world into what it is today. I was fascinated by the fact we didn’t just learn about major events such as the Russian Revolution, but that we set about understanding the social problems, political issues and cast of characters that led to them. Although journalism is highly focused on what is new right now--a concept taken to new heights by social media--I think it’s impossible to truly comprehend the context of our world without first understanding the history of how we got to this point.”

As for advice for aspiring journalists, Carly warns: “I’m not going to lie: Breaking into journalism can be tough, particularly in the current environment where newsrooms are shrinking and some are questioning the future of the profession. But there will always be a need for stories to be told, regardless of the medium they come in. In my experience, the best way to prepare for a life in media is to get oneself into it as soon as possible. For most of my time at Queen’s, I was heavily involved at the Queen’s Journal. Many of the friends I had there are now very successful journalists. Although writing isn’t for everyone, the point is that doing something, whether it be volunteering at a local TV or radio station or writing for the campus paper can pay huge dividends. Many are still divided about the merits of journalism school, but I think it can be a good investment. Although I did a journalism degree after Queen’s, which means I am probably pretty biased, it got me an internship that would help lead to the job I have now.”

Looking back on her Queen’s years, Carly observes, “the four years I spent at Queen’s were some of the most important and memorable of my life. I still return to Kingston as often as I can. The nostalgia I feel for the limestone campus buildings, for living in a broken-down house with great friends and spending way too many late nights on Princess Street remains quite powerful! I will never forget how proud I felt the day I finally got my degree, but leaving Queen’s was a bittersweet experience.” 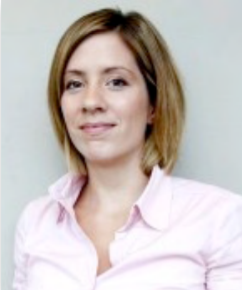