The Origins of Crusading and the Creation of the Crusader East: 1095-1150 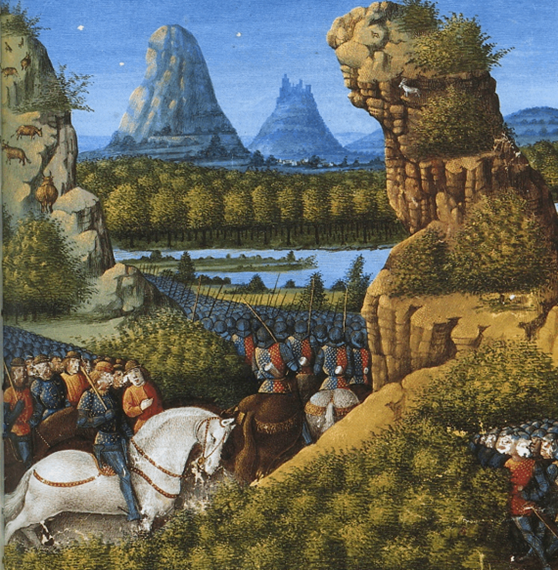 The crusades were among the most formative as well as dramatic episodes of the Middle Ages. Although their history has, over time, been heavily romanticized or vilified depending on the cultural perspective from which they have been approached, historically there can be no doubt that they brought people from the societies of medieval Western Europe into direct, often violent, contact, with those, Muslim and Christian, of the Eastern  Mediterranean, but also into situations of significant cultural exchange. In doing so they forged new relationships, developed new attitudes and ideas, created new patterns of behaviour and thought. These would go on to play a vital role in Western Europe and the Middle East during the twelfth and thirteenth centuries but would also continue to be of influence for centuries afterwards, even down to the present day when we still see the idea of the ‘Crusade’ being used and misused in all manner of contexts. Study of the crusades has in recent years become one of the most vibrant topics in the discipline of history. This upper year seminar will give students the opportunity to examine key topics in the history and interpretation of the origin and development of the medieval Crusades both in the Middle East and Western Europe from the late eleventh to the mid twelfth century. The establishment and development of a Frankish society in the Eastern Mediterranean and its interactions both with the different peoples of the region and with those of Western Europe will also be studied in some depth, while students will be encouraged to relate medieval crusading to relevant present-day debates and issues. As appropriate in an upper year History seminar, stress will be placed on the use of original source material (in translation) and the development of research, analytical, writing, and communication skills. The course will be of particular interest to students of the Middle Ages, the Middle East, Byzantium, the Eastern Mediterranean, and the history of Christianity and Islam.