Theocracy or Anarchy? Religion and the State in Russian Philosophy (Vladimir Soloviev and Nikolai Berdiaev)

Traditional historiography often views Russian Orthodox Christianity as statist, supporting monarchy and absolutism. But within the Russian Orthodox world, there are multiple visions of the proper relationship between religion and the state. Two of Russia’s best known philosophers, Vladimir Soloviev and Nikolai Berdiaev, had complicated, and often diametrically opposed visions of the role of religion in politics. Boris Mezhuev and Ana Siljak will look at these two philosophers and the implications of their views for both Russian and Western political philosophy. 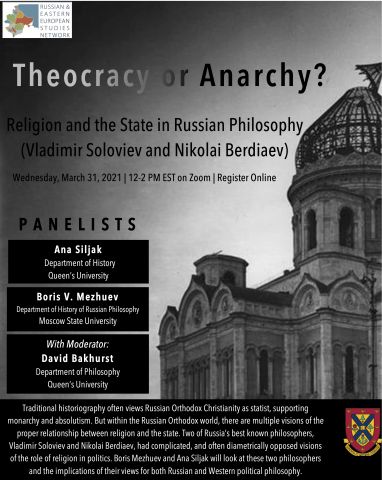