As part of the Buchanan post-doctoral research and with the support of the Nugent Fund, Max Hamon has created a new podcast based upon a series of interviews with the authors of recent books on the history of policing in Canada, the United States and the border between. It provides some historical perspective on a topic which has much contemporary interest in academic circles and for the broader public.  The podcast can be accessed here.

The first interview is with Andrew Graybill author of Policing the Great Plains: Rangers, Mounties and the North American Frontier 1875-1910 (2007). This book describes the formation of the Texas Rangers and Canada’s North-West Mounted Police and their role in bringing the resources of the Great Plains under government control. The second interview is with Holly Karibo. Karibo’s book on policing the movement of people and goods between Detroit and Windsor, Sin City North: Sex, Drugs and Citizenship in the Detroit-Windsor Borderland (2015), explores the history of cross-border crime at the busiest crossing point between Canada and the United States. The third interview is with Lissa Wadewitz, author of The Nature of Borders: Salmon, Boundaries and Bandits on the Salish Sea (2012). Her book explores the emergence of policing the salmon fishery, pirates, and the challenges of enforcing laws on the border. The next interview will be with Bradley Miller author of Borderland Crime: Fugitive Criminals and the Challenge of the Border, 1819-1914 published in 2016.

If you have suggestions or comments please send them to mh217@queensu.ca. 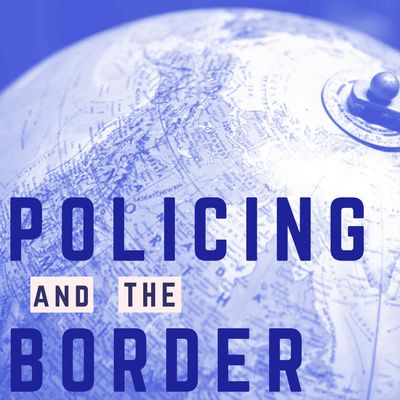