Article Abstract:
This article explores the relationship between queer activism and settler colonialism in Toronto from the 1970s to the 2000s through the commemoration of Alexander Wood, a nineteenth-century magistrate. Over the course of these three decades, Wood was reclaimed as a historical gay man by a variety of queer activists who sought to incorporate lessons from the past into their work. After briefly introducing the early liberationist interpretations of Wood, this article investigates the process through which Toronto’s gay village, Church-Wellesley Village, became legible as “Molly Wood’s Bush,” a piece of land Wood purchased in the 1820s with roughly the same geographic boundaries. Emerging homonationalist forms of queer activism that placed queer life within the bounds of national belonging provoked a reinterpretation of Wood, making him into a gay pioneer and culminating in the creation of a statue to mark the Village as queer territory. By examining a series of rewritings of Wood’s history as well as their reception in Toronto, this article argues that the role of commemoration in creating maps of belonging that facilitate integration into the settler colonial order must be included in understandings of queer activism in Canada. 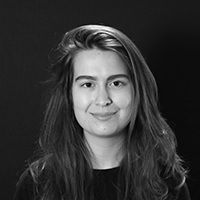