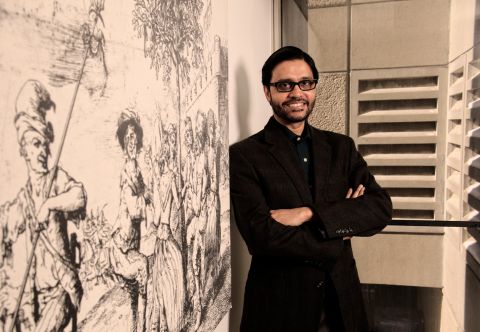 Amitava Chowdhury is a historian and historical archaeologist of agrarian labour regimes and colonial plantations in the British Caribbean and the Indian Ocean and is interested in the meaning and theory of Global History and diaspora theories. He is particularly interested in issues of identity, nationalism, and diaspora formations of the Indians overseas. Previously, between 2001-2004, Dr. Chowdhury worked on historical archaeology of colonial Mauritius, and two of his excavated sites, Aapravasi Ghat and Le Morne Brabant, were subsequently inscribed as UNESCO World Heritage Sites. He has also published several works on the history and archaeology of fugitive slaves in Mauritius and the Caribbean. He is a former Fellow of the Weatherhead Initiative in Global History at the Weatherhead Center for International Affairs, Harvard University.

Dr. Chowdhury is a co-convener of the Global History Initiative at Queen’s University.

Poverty and Scarcity in Global History

Queen's Global History Initiative and the Poverty Research Network at University of Glasgow are proud to partner for an upcoming conference: "Poverty and Scarcity in Global History," Feb.

Congratulations to Dr. Amitava Chowdhury on his exciting new appointment! The Department of History's Chair of Undergraduate Studies and an Associate Professor, Dr.