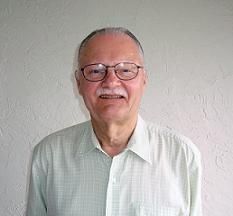 Paul Christianson, the author of Reformers and Babylon: English Protestant Apocalyptic Visions from the Reformation to the Eve of the Civil War (University of Toronto Press: Toronto, 1978), Discourse on History, Law, and Governance in the Public Career of John Selden, 1610-1635 (University of Toronto Press; Toronto, Buffalo, London, 1996)-awarded the John Ben Snow Foundation Prize by the North American Conference on British Studies as the best book by a North American scholar in any field of British studies dealing with the period from the Middle Ages through the eighteenth century published in 1996-and a number of articles on 16th and 17th Century British History, is now working on the architectural history of early Gothic Revival Churches built in eastern Ontario. The first fruits of this new research will appear in an article: "St. Mark's Anglican Church, Barriefield, and the Gothic Revival in Canada West".