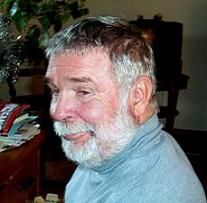 James Stayer was born in 1935 in Lancaster County, Pennsylvania, USA. He taught at Ithaca College, Bridgewater College, and Bucknell University in the USA, before emigrating to Canada in 1968. He has taught at Queen's University since 1968, where he was promoted to professor in 1978, and retired in 2000. He has lived for five or six years in Germany and Switzerland. He married Marcia Sweet in 1958, with whom he had three children; this marriage was dissolved in 1984. Since 1988 he has been married to Sherry Henick Tunnicliffe. He has been a Canadian citizen since 1977. His party affiliation is Liberal and his religious affiliation is Reform Jewish.