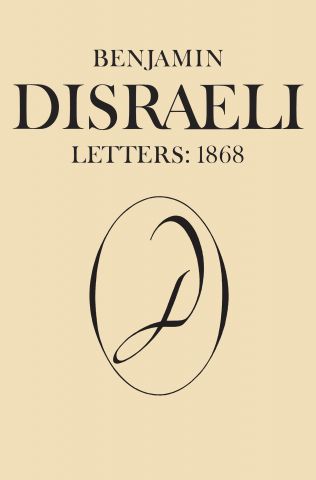 In February 1868 Benjamin Disraeli became the fortieth prime minister of Great Britain. The tenth volume of the Benjamin Disraeli Letters series is devoted exclusively to Disraeli’s copious correspondence during that momentous year. The volume contains 648 of Disraeli’s letters, 510 of them never before published and all copiously annotated – often with the other side of the correspondence included.

This volume constitutes a unique record of Disraeli’s rise to power and of the inner workings of the Victorian political scene, all of it recorded in intimate detail. A vast project which the Times Literary Supplement has called “a monument to scholarship,” the Benjamin Disraeli Letters volumes are an essential resource for the study of nineteenth-century politics, history, literature, and the arts.