Between Dispersion and Belonging. Global Approaches to Diaspora in Practice 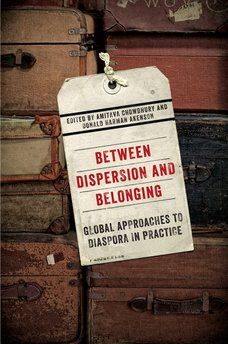 As a historical and religious term “diaspora” has existed for many years, but it only became an academic and analytical concept in the 1980s and ’90s. Within its various usages, two broad directions stand out: diaspora as a dispersion of people from an original homeland, and diaspora as a claim of identity that expresses a form of belonging and also keeps alive a sense of difference.

Between Dispersion and Belonging critically assesses the meaning and practice of diaspora first by engaging with the theoretical life histories of the concept, and then by examining a range of historical case studies. Essays in this volume draw from diaspora formations in the pre-modern Indian Ocean region, read diaspora against the concept of indigeneity in the Americas, reassess the claim for a Swedish diaspora, interrogate the notion of an “invisible” English diaspora in the Atlantic world, calibrate the meaning of the Irish diaspora in North America, and consider the case for a global Indian indentured-labour diaspora. Through these studies the contributors demonstrate that an inherent appeal to globality is central to modern formulations of diaspora. They are not global in the sense that diasporas span the entire globe, rather they are global precisely because they are not bound by arbitrary geopolitical units.

In examining the ways in which academic and larger society discuss diaspora, Between Dispersion and Belonging presents a critique of modern historiography and positions that critique in the shape of global history.