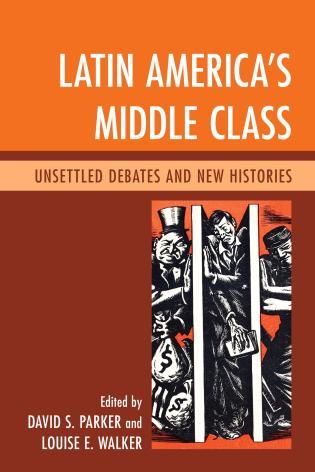 As middle classes in developing countries grow in size and political power, do they foster stable democracies and prosperous, innovative economies? Or do they encourage crass materialism, bureaucratic corruption, unrealistic social demands, and ideological polarization? These questions have taken on a new urgency in recent years but they are not new, having first appeared in the mid twentieth century in debates about Latin America. At a moment when exploding middle classes in the global South increasingly capture the world’s attention, these Latin American classics are ripe for revisiting.

Part One of the book introduces key debates from the 1950s and 1960s, when Cold War era scholars questioned whether or not the middle class would be a force for democracy and development, to safeguard Latin America against the perceived challenge of Revolutionary Cuba. While historian John J. Johnson placed tentative faith in the positive transformative power of the “middle sectors,” others were skeptical. The striking disagreements that emerge from these texts lend themselves to discussion about the definition, character, and complexity of the middle classes, and about the assumptions that underpinned twentieth-century modernization theory.

Part Two brings together more recent case studies from Mexico, Peru, Brazil, Colombia, Chile, and Argentina, written by scholars influenced by contemporary trends in social and cultural history. These authors highlight issues of language, identity, gender, and the multiple faces and forms of power. Their studies bring flesh-and-blood Latin Americans to the forefront, reconstructing the daily lives of underpaid office workers, harried housewives and striving professionals, in order to revisit questions that the authors in Part One tended to approach abstractly. They also pay attention to changing cultural understandings and political constructions of who “the middle class” is and what it means to be middle-class.

Designed with the classroom and non-specialist reader in mind, the book has a comprehensive critical introduction, and each selection is preceded by a short description setting the context and introducing key themes.