Saint Saul. A Skeleton Key to the Historical Jesus 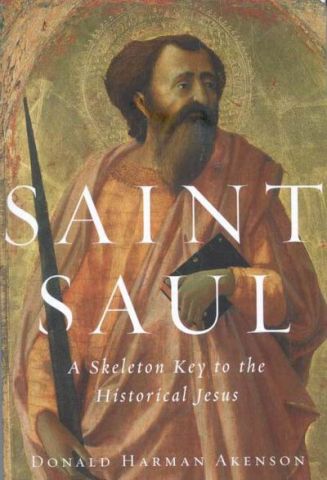 In this bestselling book Donald Akenson offers a startling and unblinking account Jesus through the letters of Saint Paul.

In Saint Saul Donald Harman Akenson shows that the answer to the most persistent question in Christianity - What do we know about the historical Jesus? - is best found in the writings of a caustic itinerant preacher named Saul. Saul, the author of the Epistles and known to Christians as Saint Paul, is the closest thing we have to a direct witness and our only opportunity to encounter Yeshua, as Jesus was known in his time, in something approaching the original. Recreating a time rich with prophets, savants, and god-drunk fanatics, Akenson sifts the evidence for and against the historical status of Saul and Yeshua and illuminates the circumstances that gave rise to Christianity and Rabbinic Judaism.