Smokeless Sugar: The death of a provincial bureaucrat and the construction of China's national economy 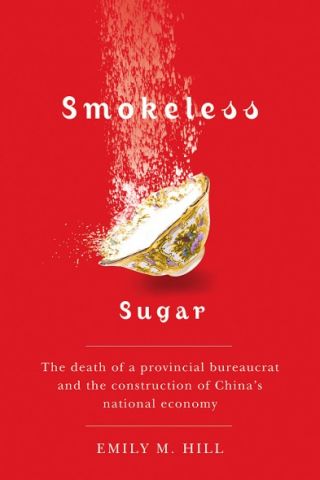 Feng Rui, a Western-educated agricultural expert, introduced modernsugar milling in Guangdong in the 1930s as a key component in a programof light industrialization sponsored by the province’s ruler,Chen Jitang. Following Chen’s removal, however, Feng was accusedof colluding with smugglers for passing off foreign sugar as a domesticproduct and was found guilty of corruption. Examining the truth behindthe allegations against Feng Rui, Emily Hill makes the case that Fengwas, in fact, a scapegoat in a multi-sided power struggle in whichpolitical leaders vied with commercial players for access toChina's markets and tax revenues.

This compelling study of a Chinese official examines his role as abroker between regions and economic sectors and private trade andpublic policy. Emily Hill uncovers Feng Rui’s role in theconceptual and material construction of China’s modern economyand argues that his work helped to lay the foundations forChina’s state-led industrialization program after 1949.

This compelling book will be of interest to historians of modernChinese politics, economics, and culture.