Smart Cities: The City of the Future?

What does a smart city look like? Will technology rule? Or, should technology be a means to an end in creating a good city where diverse human beings can flourish?

Or, should technology be a means to an end in creating a good city where diverse human beings can flourish?

David Murakami Wood’s research starts with these fundamental questions to define the concept of a smart city, and then assess the smart city projects being proposed and developed in large global cities such as Toronto, New York and London.

In his influential case studies on surveillance in cities as diverse as Tokyo, New York and Rio de Janeiro, Murakami Wood has shown that the data collected by close-circuit television cameras on street corners, drones flying overhead, pervasive wireless networks and distributed sensor platforms are being used increasingly in smart city initiatives for surveillance purposes. “The smart city is the archetypal urban form of the data-driven ubiquitous surveillance society,” says Murakami Wood, former Canada Research Chair in Surveillance Studies, and associate professor in the Department of Sociology.

In Tokyo, where he did research on surveillance as an Exchange Visiting Fellow at Waseda University in 2006, Murakami Wood found that video surveillance cameras and other surveillance measures were being used to compensate technologically for lost social trust and community. In an Urban Studies paper, “Surveillance in Urban Japan,” he says, “Japan is an advanced urban surveillance society, dependent on sophisticated technologies for identifying, tracing and tracking citizens,” and concluded that open-street closed-circuit TV in Japanese cities is often a territorializing substitute for social trust that could also hasten the decline of social cohesion.

Murakami Wood has also investigated how initiatives like Rio de Janeiro’s Smart City, sponsored by IBM, have strong influences from police and military sources, crime mapping and predictive policing models. In the marginalized favelas (informal settlements) of Rio, for example, police have built walls and installed costly networked video surveillance systems without community consultation and against local wishes, in contrast to the minimal amount spent on sewage and water services. Community members living in favelas, who wish to be treated as ordinary citizens, reported they were being watched and observed like suspects, notes Murakami Wood, who is also editor-in-chief of Surveillance & Society, the international journal of surveillance studies. 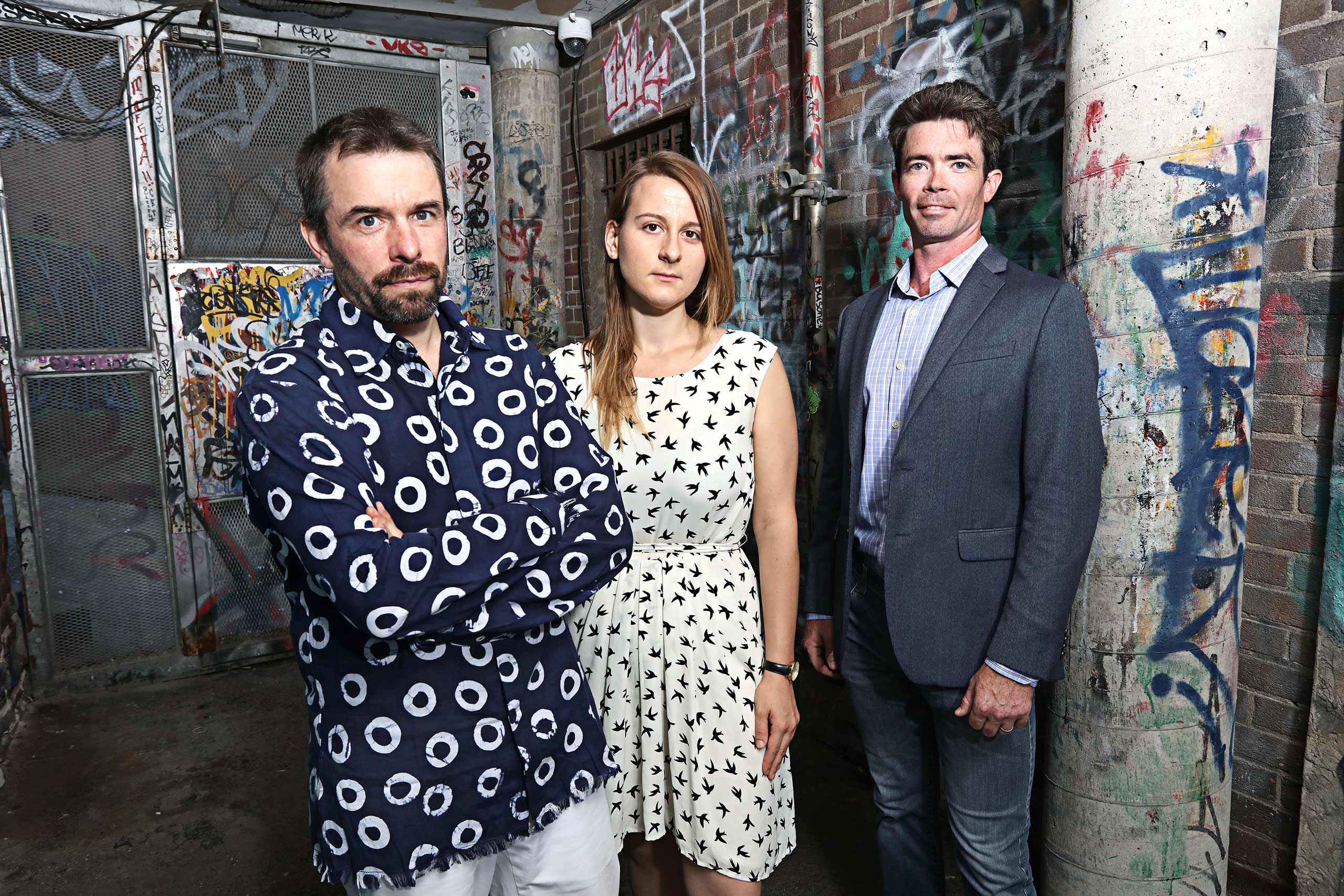 From the Babysitter to Alexa: Surveillance is All Around

Big-data surveillance on a large scale in Toronto

A timely example of how surveillance technologies are being embedded in the DNA of future urban communities is the smart city pilot project proposed by Sidewalk Labs (a subsidiary of Alphabet Inc., owner of Google) in Quayside, on Toronto’s Eastern waterfront. This innovative partnership between Sidewalk Labs and Waterfront Toronto will build a high-tech neighbourhood and testbed that aims to integrate technology wherever possible to create a more efficient and heavily automated urban environment.

Murakami Wood is examining how people’s ability to give consent to use of their personal data will automatically be removed in a smart neighbourhood, or city, where big data surveillance on such a large scale is conducted and controlled by giant global technology companies like Google. 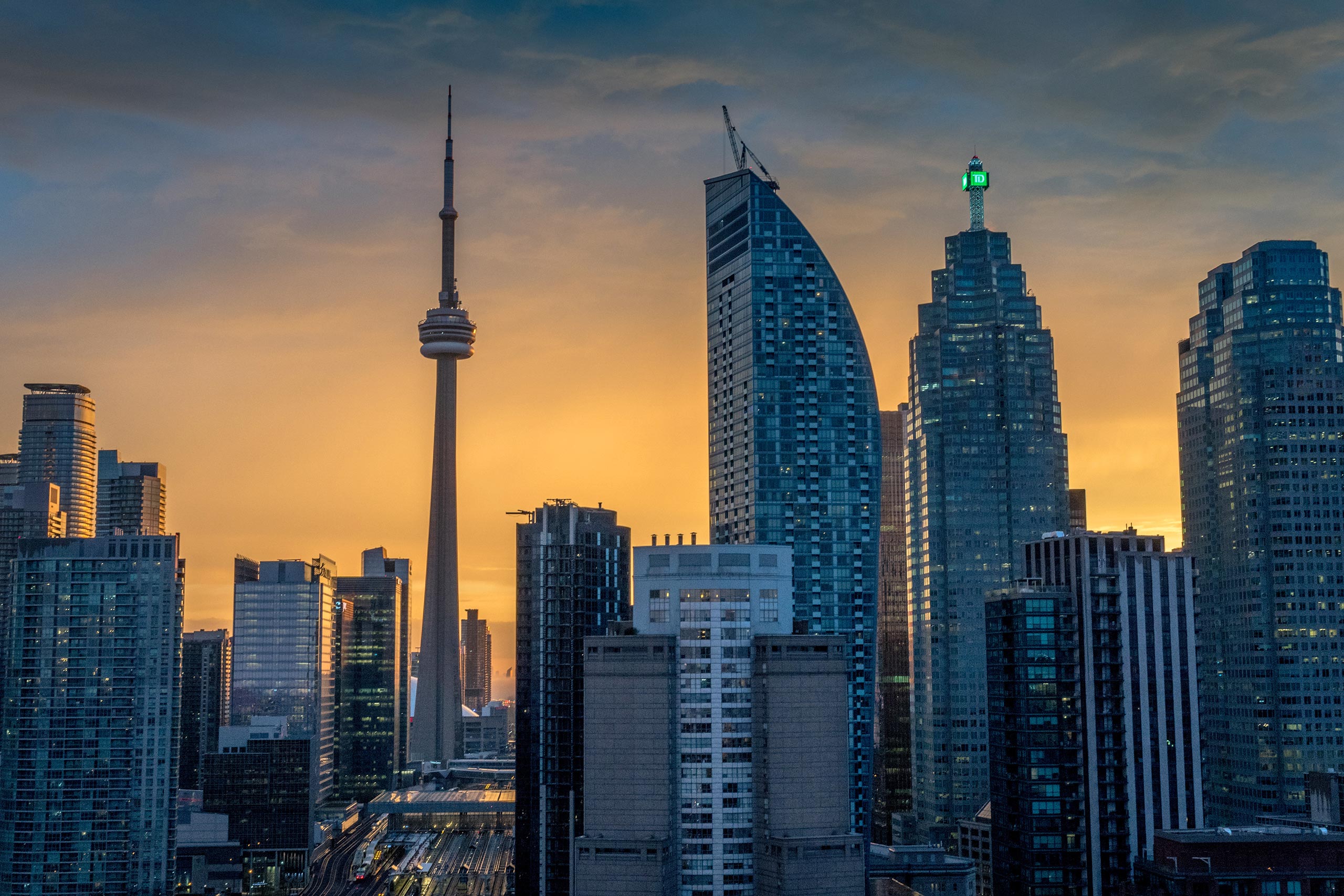 Murakami Wood suggests that Sidewalk Labs could have created a more socially equitable and truly experimental project by launching a smart city pilot in Toronto’s Jane-Finch area (which has the city’s lowest equity score) or in an underprivileged Scarborough neighbourhood.

“It would be interesting if Sidewalk Labs were running a smart city experiment in a real urban neighbourhood, which was responsive to the needs of the people living there. A bottom-up approach would ask citizens from the neighbourhood: ‘What would you like data to do? What problems would you like data to solve? What information do you want to be public and be private?’”

He’s skeptical about whether the target demographic for the Quayside project is representative of the city’s diverse population and wonders if urban dwellers who are less privileged and less tech-savvy would have equal access to the purported benefits of the smart city. “It’s more like a lab experiment than one in the real world. This will be a smart enclave for technology developers. But is the project actually for the rest of the people in Toronto?” 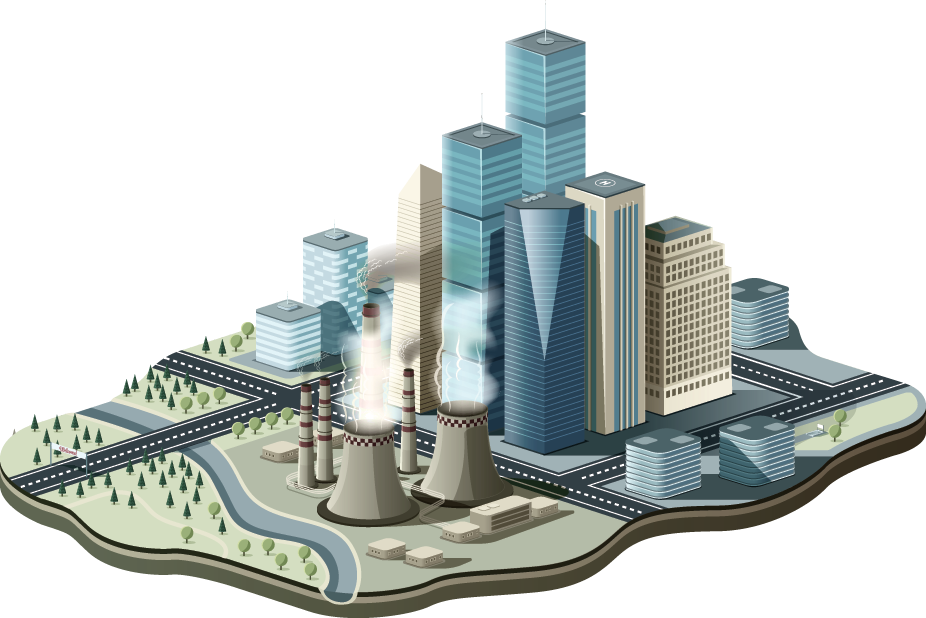 We should think of the city as one of our highest human achievements and aspire to the ideal that the city is a good way to live. A smart city would be one with a responsive government, that’s locally based and builds up from what people want. It’s about how cities can use technology and data, among other things, to build a good city and create a civic environment where many diverse people can flourish. 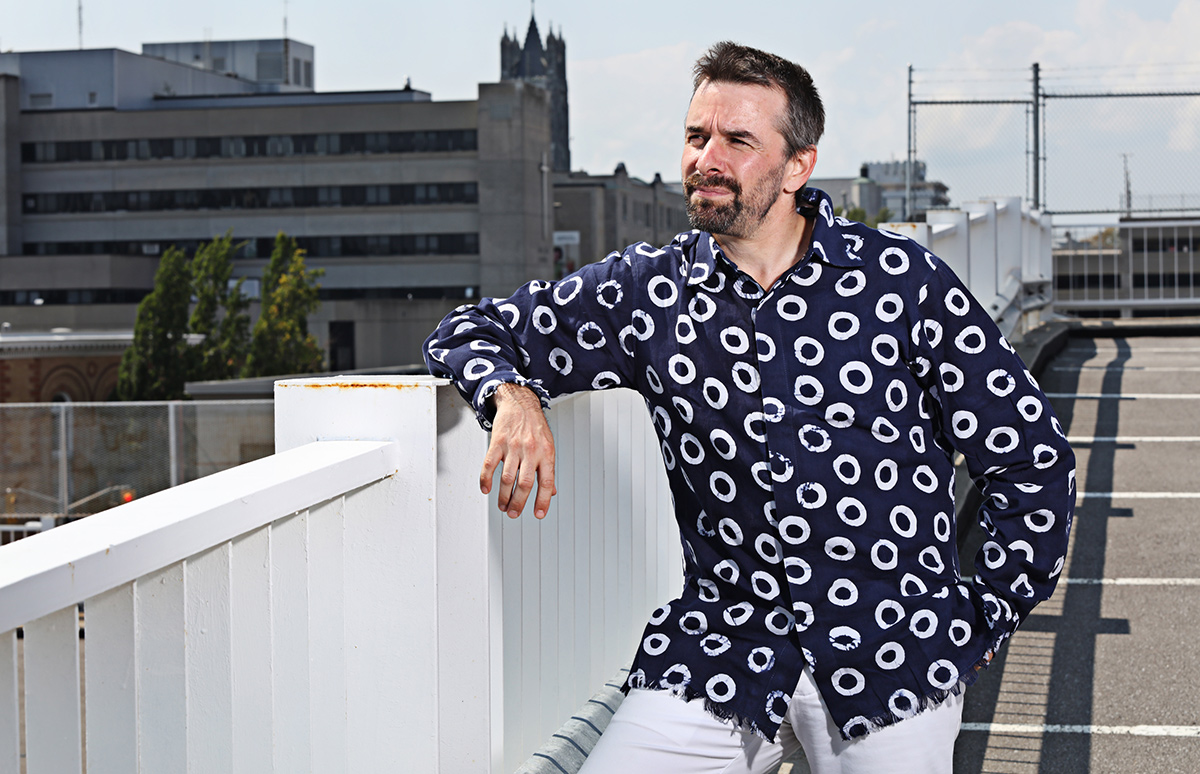 Dr. David Murakami Wood, a member of the Royal Society of Canada – College of New Scholars, Artists and Scientists program discusses key issues of democracy and human rights in relation to security, surveillance, identity and privacy. His work has covered new surveillance technologies, the globalization of surveillance, and comparative studies of surveillance in global cities.

Will a smart city be a good city?

Murakami Wood contrasts the narrower North American concept with the broader European idea of the smart city. “In North America, smart cities are all about technology companies and what data can do for the city. There’s a very different concept of smart cities in Europe.  Europe’s idea has more to do with a good smart city, places that are convivial, nice to live in and sustainable. It’s the idea of a good city and the technology is played down. In Europe, data and technology are a means to a broader social end, which goes well beyond narrow techno-economistic purposes,” he says.

Murakami Wood sees a crucial role for governments in helping to ensure that the city’s inhabitants have a strong voice in how technology and data are used to make the city a good or better place to live for all the people who live there. “It’s very fashionable to attack governments. But government does mediate between us and the market. The market loves winners and losers. Governments try to make things not as hard for people who lose out and not to allow winners to run away with everything,” he says.

If governments relinquish that role and the market rules, Murakami Wood worries that the tech companies’ interests will prevail and the smart city will be shaped more by what’s good for their bottom line rather than what’s good for the people living there.

In his Ubicity project, Murakami Wood worked with research assistant Vincenzo Alaimo, MA’16 (Sociology), on “Open Data Smart City,” an article in Municipal World. Alaimo looked at how several Canadian municipal governments have started using open data as a way of developing smart city infrastructure. The two Ubicity researchers regard open data as a tool that enables a democratic, bottom-up approach to smart city development, as citizens are offered a chance to share concerns with government, community groups, business, and other urban stakeholders about pertinent issues and cooperatively work towards generating solutions to concerns. Citizens’ input is used to enhance the urban landscape, helping to make cities more efficient and liveable.

“We should think of the city as one of our highest human achievements and aspire to the ideal that the city is a good way to live,” he says. A smart city would be one with a responsive government, that’s locally based and builds up from what people want. It’s about how cities can use technology and data, among other things, to build a good city and create a civic environment where many diverse people can flourish.” 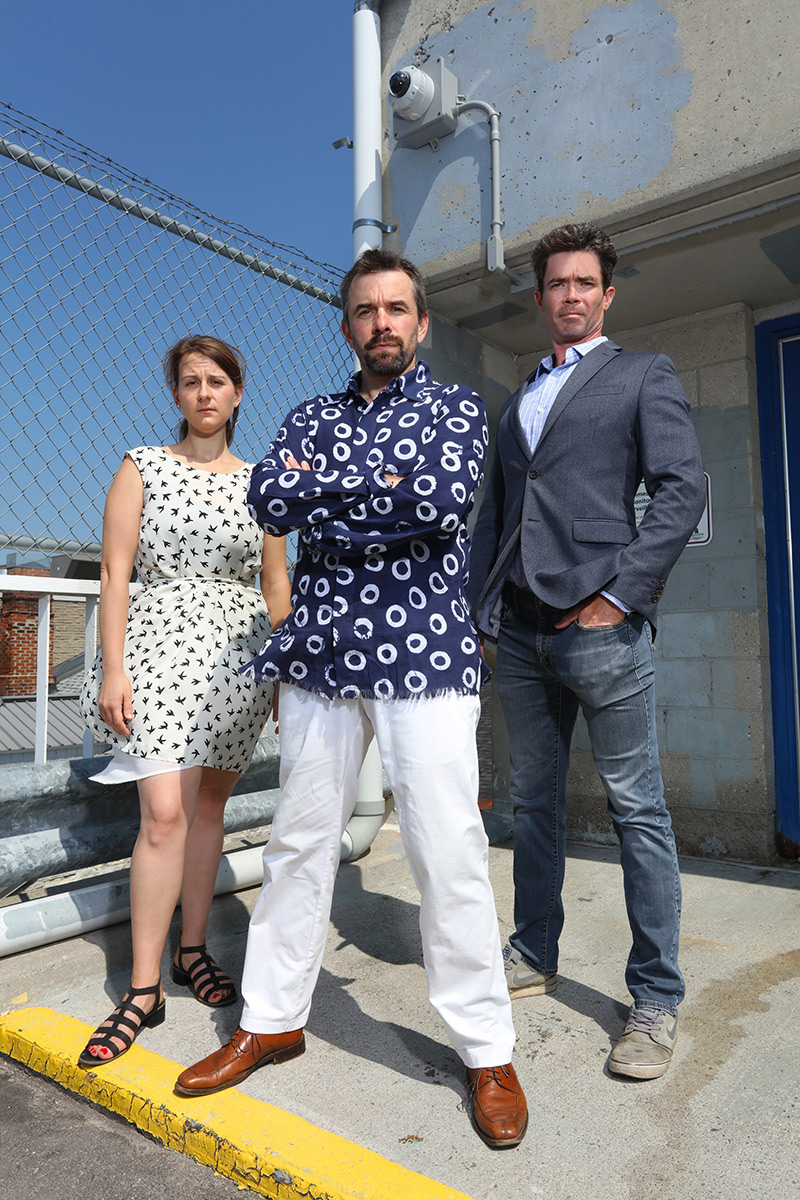 David Murakami Wood is principal investigator for the Ubicity Project funded by the Social Sciences and Humanities Research Council, which is investigating the place of security and surveillance in smart, intelligent or ubiquitous cities in Canada, the United Kingdom and the United States. “One of the key objectives of Ubicity is to understand what data is collected as part of smart city projects, how it is used, where it flows and who has access to it,” he says.

In an era when personal Facebook data is routinely being misused to influence voters in elections around the world, Murakami Wood has found that city policing is also increasingly dominated by surveillance-generated big data that monitors people without their knowledge and often overrides or conflicts with their privacy rights.

In his Urban Studies paper, “Surveillance in Urban Japan: A Critical Introduction,” Murakami Wood describes how the Tokyo Metropolitan Police Department and National Police Agency have used closed-circuit television extensively for urban crime prevention in Japanese cities since 2001. He also shows how smart cities and surveillance are intertwined as part of a trend toward intelligence-led policing throughout the world in his Computers & Law article, “Smart City, Surveillance City.” He cites the example of police turning to computerized crime mapping and predictive computer targeting, methods first popularized by the former Mayor of New York, Rudy Giuliani, and his police chief Bill Bratton, who went on to run lucrative security consultancies.

Today, tech companies are seeking and playing a more ubiquitous role in policing and governments. In a Ubicity blog post, Murakami Wood commented on the city of Seattle’s surprise choice of Amazon VP Greg Russel as Chief Information Officer to deal with everything from digital records to the expanding use of patrol car video and body cameras. He says, “this appointment is just one of the many signs of the increased importance of relationships between urban governance and tech companies, and the rise of the ‘Chief Information Officer,’ which is at the heart of the smart city agenda.”

Camera surveillance, ID systems, biometrics, social media, border and airport controls – surveillance of many kinds is increasing rapidly throughout the world. The Surveillance Studies Centre (SSC) is committed to conducting high-quality research to understand these complex and politically challenging developments. 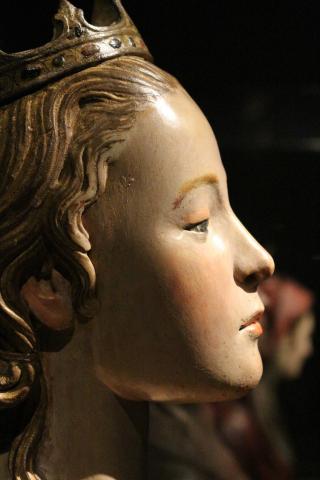 Una D’Elia
Pietro Torrigiani, a competitor of Michelangelo, carved this bust of a saint out of marble and then painted it so that blood seems to run in this determined young girl's veins. This lively piece, made over five hundred years ago, is an example of the kind of naturalistic sculptures that have been little studied, as most scholars focus on monochrome "high art" statuary. The sculptures I am studying were not confined to museums, but were a part of the social lives of Italian men and women, who talked to, touched, kissed, worshipped, attacked, and dressed sometimes uncannily realistic coloured sculptures.
Location of photograph:
Musei Civici, San Gimignano, Italy
Affiliation:
Faculty, Art History and Art Conservation
Year of entry:
2015