Ensure access to affordable, reliable, sustainable, and modern energy for all 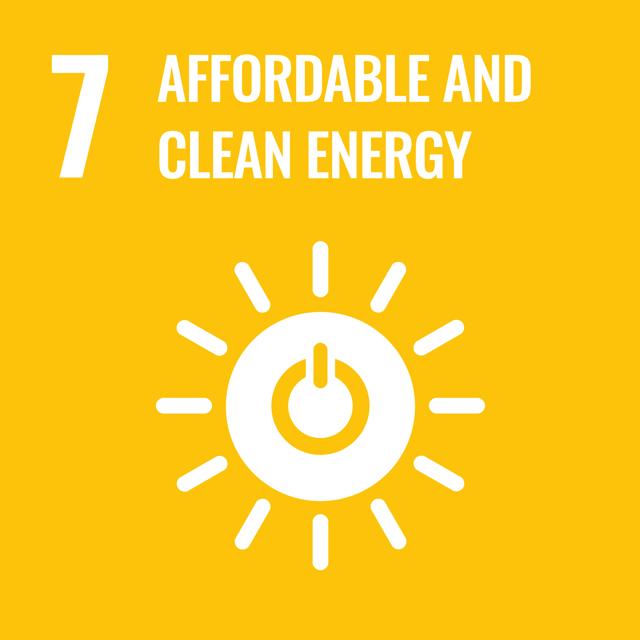 Our goals in action

With the current push to reduce our collective carbon footprint, nuclear power is transforming into the energy of choice for the world. Queen’s Reactor Materials Testing Laboratory is a state-of-the-art research facility that uses a proton accelerator to introduce damage into materials at a microscopic scale. By studying the effects of this damage on how materials behave we can gain insight into, and draw parallels with, the way that materials are damaged within a nuclear reactor.

Queen’s professor Gregory Jerkiewicz and his team at Ni Electro Can (Engineered Nickel Catalysts for Electrochemical Clean Energy) received $4 million in funding from the Natural Sciences and Engineering Research Council of Canada. The group of Canadian and international researchers are advancing research to replace inefficient batteries with clean fuel cell technology. 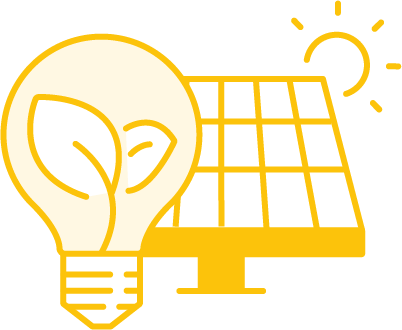 Queen’s draws upon the remarkable strengths and talents within our university to meet the modern challenge of achieving environmental sustainability.

Sustainable solutions at your fingertips

The Queen’s student-founded and operated tech start-up NetZero has developed an app that allows consumers to accurately track and reduce their GHG emissions. NetZero has partnered with Queen’s Hospitality Services for a pilot project that allows the University community to track food choices at on-campus food outlets and empowers them to choose lower-carbon diets. 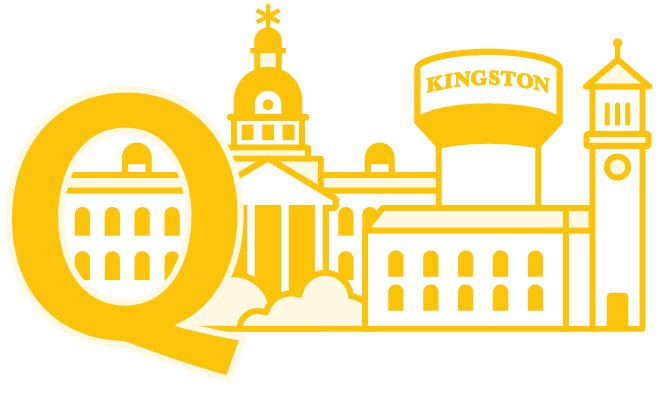 Queen’s is working with the Kingston community to make our city and our planet more sustainable.

As part of Queen’s Climate Commitment Challenge, Sustainability Week is a series of events on and off campus that highlight environmental issues facing our local and global communities and ways we can help make our world more sustainable.

Queen’s sustainability research is often used by the private and public sectors to inform sustainability initiatives. The Institute for Energy and Environmental Policy (QIEEP), at the School of Policy Studies, provides research that informs and supports governments in developing energy-efficient technology policies. The Queen’s Renewable Energy Development and Implementation (REDI) Lab collaborates with the private sector and government to advance sustainable programs to meet national and global energy and environmental challenges.

We are a member of the Matariki Network of Universities (MNU), an international group of leading universities recognised as being premier institutions for advanced learning. Queen’s is the lead partner in the organization’s Sustainability, Environment and Resources pillar, which focuses on fostering healthy ecosystems.

As part of its commitment to sustainability, Queen’s has a Policy on Environmental Management that aims to exceed its environmental legislation obligations. The Queen’s Building Standards mandates that all building renovations or new builds are following energy efficiency standards. Meanwhile the Conservation and Demand Management (CDM) Plan (2019 – 2024) outlines specific measures for upgrading buildings to higher energy efficiency and plans for renewable energy generation.

Our pledge for carbon neutrality 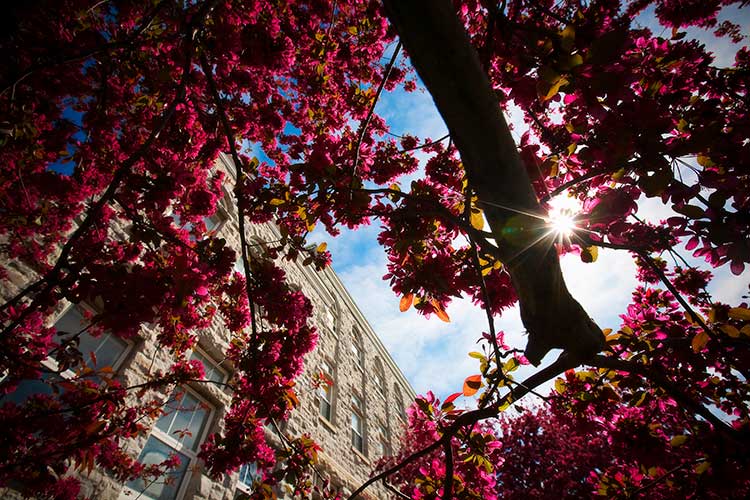 Queen’s has signed the University and College Presidents’ Climate Change Statement of Action for Canada, pledging to reduce greenhouse gas emissions and enhance research and curriculum in the areas of climate change and sustainability. As part of this commitment, we developed our Queen’s Climate Action Plan (CAP) which aims to reduce GHG emissions by 70 percent from 2008 levels by 2030 and achieve carbon neutrality by 2040.

In signing on to the Climate Charter for Canadian Universities, Queen’s also made a Responsible Investing Commitment that aligns with international standards including the UN-supported Principles of Responsible Investment. The University has also adopted recommendations by the Board of Trustees’ Climate Change Action Task Force which mandate responsible investing for Queen’s portfolios. 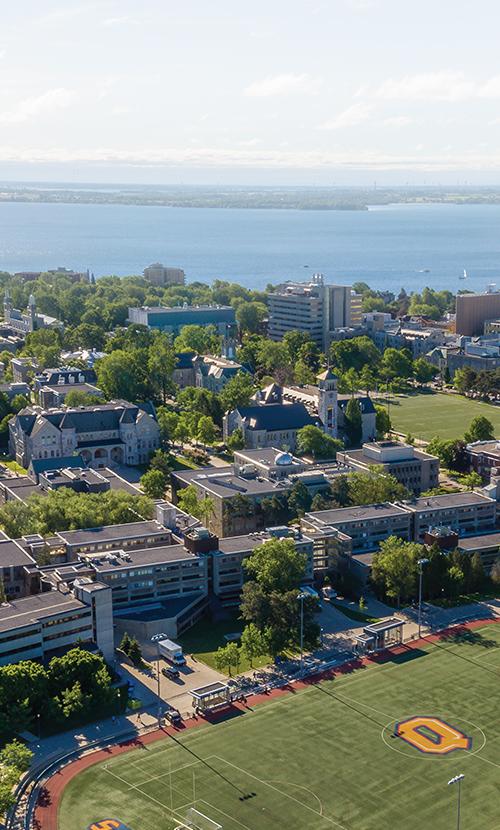 1st in Canada
5th in the World