Dylan Robinson is a Stó:lō scholar who holds the Canada Research Chair in Indigenous Arts at Queen’s University, located on the traditional lands of the Haudenosaunee and Anishinaabe peoples. His research focuses upon the sensory politics of Indigenous activism and the arts, and questions how Indigenous rights and Settler colonialism are embodied and spatialized in public space. His current research documents the history of contemporary Indigenous public art (including sound art and social arts practices) across North America. This project involves working with Indigenous artists and scholars to collaboratively imagine new models for public engagement, to create new public works that acknowledge Indigenous histories of place, and to envision future sovereignties.

From 2010-2013 Dylan led the SSHRC-funded “Aesthetics of Reconciliation” project with Dr. Keavy Martin that examined the role that the arts and Indigenous cultural practices played in the Truth and Reconciliation Commission on the Indian Residential Schools. This research led to a second collaborative project, “Creative Conciliation”, supported by a SSHRC Insight grant, to explore new artistic models that move beyond what many Indigenous scholars have identified as reconciliation’s political limitations.

In addition to his research on Indigenous art, Dylan is an artist whose practice bridges music performance, dialogic art, and installation. He completed an arts practice-based doctoral degree at the University of Sussex in 2009, where he imposed unlikely intimate partnerships between modernist music compositions, one-on-one dialogue, and protocols of hosting. This work sought to examine the efficacy of social arts practices toward the development of ‘public musicology’. As part of the intermission inter-arts collective founded in 2003 with Anna Höstman and David Cecchetto, Dylan has presented work at sites as diverse as the Sheremetev Palace Theatre (St. Petersburg, Russia) and outdoor Mexican courtyards (Profética Cultural Centre, Puebla). Most recently, Dylan took part in the three-year collaborative project nuyamł-ił kulhulmx (singing the earth). This music installation was the result of a fieldwork-creation process with composer Anna Höstman (a descendent of the first Norwegian settlers in Bella Coola) and ethnomusicologist Patrick Nickleson in Nuxalk territory now known as the Bella Coola Valley, and was premiered by Continuum New Music Ensemble in Toronto in December 2013. Link to Article. 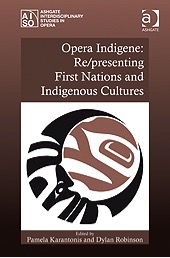