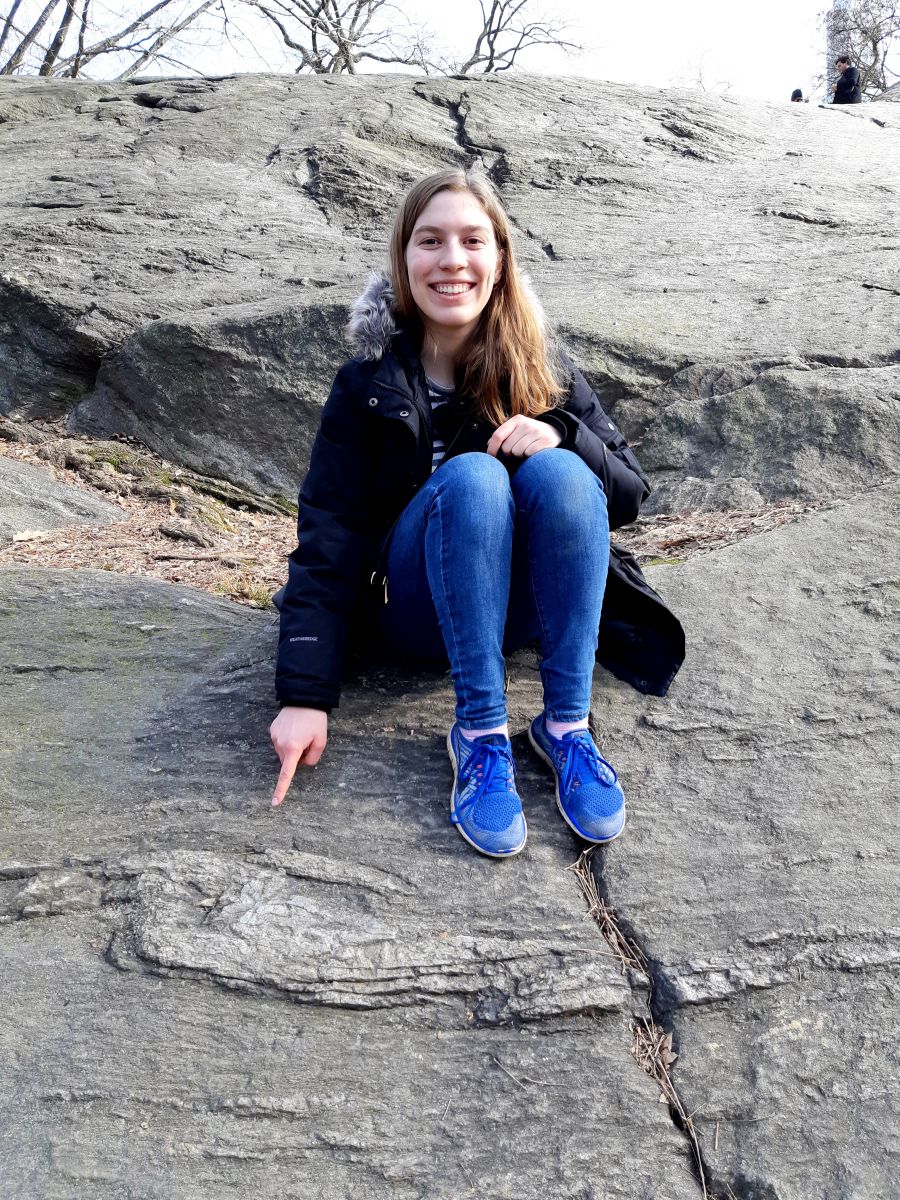 “To see the world, things thousands of miles away, things hidden behind walls and within rooms, things dangerous to come to, to draw closer, to find each other and to feel, to see and be amazed. That is the purpose of life.” (The Secret Life of Walter Mitty)

I originally came into Queen’s as a physics major but got sucked into geology after taking GEOL 104! I loved the hands-on nature of the field as well as the multidisciplinary approach to studying nature around us. All of the geo’s I’ve had the chance to meet have been such kind and community-driven people, which not only makes me feel at home in the department but inspires me to be a better person every day.

Dr. Layton-Matthews in GEOL 104 (Dynamic Earth) because that was what first pulled me into geology, and Dr. Godin in GEOL 321 (Structures) because it was something that I found so interesting and something that he clearly loves!

Field school was a blur of wandering in the woods with friends, eating sandwiches for every meal, realizing all the rock ID from day one was completely wrong and totally hysteric colouring at night. It was definitely a learning experience!

New York was an incredible time filled with sooo many cool outcrops and awesome fossils. It was incredible to be able to see the evidence showing the breakup of Rodinia all the way to the formation of Pangea. This is the trip where everyone got super close and we formed awesome memories together.

What do you like to do in your spare time?:

The majority of my free time is spent participating in intramurals (“rocks rocks rocks!”), running, swimming, playing piano and reading. (Recently though it’s been mainly re-watching New Girl…) This year I’ve also had the opportunity of being the ArtSci VP of Miller Club, so I’ve been meeting with ASUS and other Miller Club exec to help plan all sorts of fun events throughout the year!

I am hoping to get into the field of space rocks! I’m currently looking into doing Master’s research on meteorites. :)