Rankin Sherling received his Ph.D. from Queen’s University in 2012. Since then he has taught at Atlanta State Metropolitan College and been a visiting researcher at the Center for the Study of Southern Culture at the University of Mississippi. He is now a tenured instructor of history at Marion Military Institute: the Military College of Alabama, where he has started an Irish Gaelic language program which for the last three years has taken military cadets to Ireland for 5 weeks to study Gaelic. He is a member of the executive committee of the Canadian Catholic Historical Association, and his first book, The Invisible Irish: Finding Protestants in the Nineteenth-Century Migrations to America., was published by McGill-Queen’s University Press in 2016. 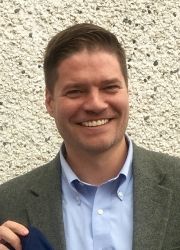