Excerpt from "Interviews with Alumni from the 1990s and 2000s by Tim Smith", 2011 Department Newsletter.

Mark Wiseman is currently the Executive Vice President - Investments at the Canada Pension Plan Investment Board. Mark was three-quarters of the way towards a Medial in History and Politics, with 5.0 credits in each department, when he left Queen’s in 1992 after third year with a Bachelor of Arts. Mark was in a hurry, perhaps because he had a clear idea of what he wanted to do. Setting his sights high, Mark entered the University of Toronto to pursue the joint Law/ MBA programme, where he ultimately won the gold medal. A clerkship at the Supreme Court of Canada under the tutelage of Beverley McLachlin (the current Chief Justice) was next. Mark worked in New York for the renowned law firm Sullivan & Cromwell (where U.S. Secretary of State John Foster Dulles launched his career). A Master of Laws from Yale University was Mark’s next challenge, followed by an additional three years of doing high-profile mergers and acquisitions at the Paris office of Sullivan & Cromwell. Mark returned to Canada in 2000 and began work at a private mid-sized private equity firm. After that firm was sold, he moved on to the Ontario Teachers’ Pension Plan and finally settled at the Canada Pension Plan Investment Board in 2005, where, since 8 April 2010, he has been in charge of all of its investment activity on behalf of 17 million Canadians— managing over $150 billion.

In his spare time Mark reads works of current affairs—former Deputy Secretary of State Strobe Talbott’s The Great Experiment is one recent read. Mark is the father of two boys, a wine connoisseur, an avid skier, and a philanthropist. He has been chairman of the board of a charity devoted to homeless youth and he currently sits on the boards at Mount Sinai Hospital and the international board of Right to Play. Mark is a testament to the old maxim: if you want something done, give it to a busy person. This pattern emerged at Queen’s. We asked Mark what he liked best about Queen’s: “I loved Queen’s. There was so much to do. I got involved in everything from athletics to student government to attending lectures of guest speakers. I was a student senator, an ASUS Rep., I ran orientation, and I was a lifeguard. I liked the fact that Kingston was a university town. The university was an incredible community. After first year, I literally lived on the campus—at Union and University, where the Stauffer Library now resides. Then I lived on Stuart Street.”

We asked Mark why he chose Queen’s and whether or not it met his expectations. “I chose Queen’s largely because I was very much interested in the arts. I had an absolutely fantastic history teacher in high school. I am still in touch with him. There was no doubt in my mind that I wanted to study history and possibly politics as well. I chose Queen’s because of its reputation in the arts, and, specifically, in history and politics.”

We asked Mark about his time in the History Department. “I learned how to write well, which put me in good stead for everything that I have done since. I loved the classes of Professors Tulchinsky and Swainson. I wrote a paper on ‘Sir John and the Gerrymander’ which was on the election of 1878. Queen’s had a lot of archival material related to this topic and I was able to do original research under the guidance of a leading historian of Canada. I found material that people had never found before. I remember History 121 being a rude awakening, but in the good sense. It was tough, and it was different than anything I had ever done in high school. It wasn’t about dates and facts; we were challenged to think on our own and my peers were challenging too. The class size was smaller than the norm. To have a small class like that in first year—with just 15 or 18 students—I felt enormously lucky. Right off the bat, I was challenged to write carefully and to think critically.”

We asked Mark how History prepared him for Law. “I found that I was more than prepared for law; the transition for me was easier than it would have been had I come from another school or discipline. Reading hundreds of pages per week and having vigorous debates in class— none of this was new to me, as it was for some others.” We asked Mark to speak about his current line of work: “The key to being a good investor is to never make the same mistake twice. Mistakes are inevitable; the point is to learn from the past. I spend a good deal of time reading economic history.”

Mark noted that Queen’s is seen in his industry as a leading school. At the CPPIB, “we actively recruit from just a small handful of Canadian universities and Queen’s is a key one.” And finally, we asked Mark if he had some advice for current history students: ”do things that you like at the B.A. level. The specific career, the money will follow later. When you’re young, follow your passion. You’ll be better at it. You can always specialize later. Take risks. Study abroad, work abroad, get a foreign language if you can.” 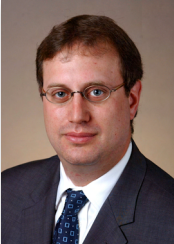