Dr. Barrett completed his PhD in History at Queen's University in 2019, under the supervision of Dr. Allan English.

Scandalous Conduct investigates the forgotten experiences of these dismissed ex-officers to offer a new critical perspective on constructed notions of honour and dishonour. Courts martial for failure to follow the rules and values that military culture deemed honourable deprived them of the respect of their peers and the right to command subordinates. Matthew Barrett explores how changing definitions of scandalous behaviour shaped the quintessential honour crime known as “conduct unbecoming an officer and a gentleman.” As symbolized by the loss of commissioned rank, dishonour represented a direct challenge to prestige, livelihood, and manhood. Canadian military leaders endorsed codes of good conduct in part through the threat of expulsion, and re-enlistment in the ordinary ranks offered at most a perilous opportunity for redemption.

Drawing on fascinating court cases that have never before been studied, Scandalous Conduct convincingly demonstrates a surprising conclusion. The scope of officer misconduct revealed that the ideal of military honour was not nearly as stable as leaders preferred to believe, instead depending on changing social circumstances and disciplinary requirements.

Scholars and students of Canadian military history, the world wars, and military law will find this a thought-provoking study, as will scholars of contemporary military legal issues and scandal in the Canadian Armed Forces.

Scandalous Conduct is available for purchase on the UBC Press website. 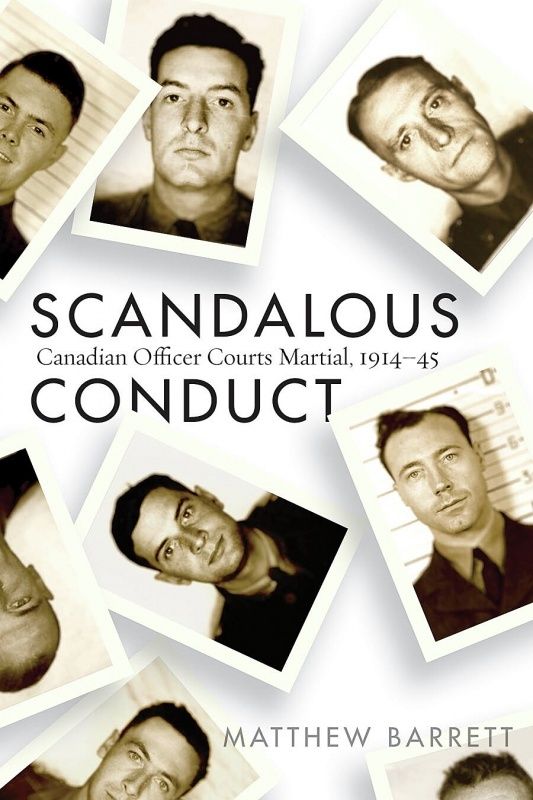