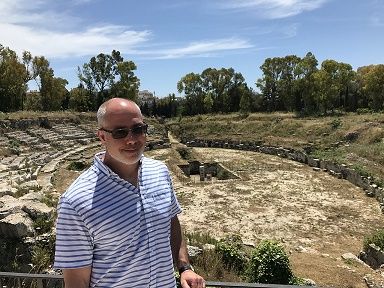 Anthony D'Elia works on the intellectual and social history of the Italian Renaissance, specializing in humanism, the history of the classical tradition, neo-Latin literature, rhetoric, political propaganda, war, masculinity, gender, sexuality, and women. His most recent book, Pagan Virtue in a Christian World:  Sigismondo Malatesta and the Italian Renaissance (Harvard UP 2016), explores the central problem of the Renaissance, whether the recovery and imitation of classical pagan culture created a fundamental clash with Christian values, by examining the literature and art in the court of Sigismondo Malatesta (1417-1468), Lord of Rimini. Sigismondo was a flagrant example of the tension between high pagan culture and Christian society. Pagan themes dominated his cultural patronage and public persona. Ambition was celebrated over humility, sexual pleasure over chastity, muscular athleticism over saintly asceticism, and astrological fortune over providence. Humanists and artists promoted an image of Sigismondo as an Homeric hero, a Spartan warrior, and a courageous Roman general. As a mercenary captain, Sigismondo had a reputation for treachery and even sought an alliance with the Ottoman Sultan Mehmet II. Pope Pius II despised Sigismondo so much that he canonized him to Hell while he was still living, the only reverse canonization in history. Effigies of the Lord of Rimini were burned with a placard that read “I am damned to Hell.”  Sigismondo was notorious for his libido, his military conduct, and his disrespect for Christianity, and so his court is a limit case in Renaissance paganism. The very pagan qualities that the pope attacked in him were the same ideals that Sigismondo’s artists and poets celebrated. The public and vicious confrontation between Sigismondo and the pope embodied the cultural crisis of the Renaissance. D’Elia’s third book, A Sudden Terror: The Plot to Murder the Pope in Renaissance Rome (Harvard UP 2009), studies fifteenth-century Rome and the origins of the modern papacy. The book focuses on a conspiracy to murder Pope Paul II in 1468. It begins with the plot, arrest, and torture of the twenty accused humanists; then explores the possible causes of the conspiracy as revealed in the interrogation questions, including such different motives as Church reform, republicanism, paganism, homoeroticism and sodomy, and allying with the Ottoman Sultan Mehmet II. The concluding chapters describe the pain, desperation, and loneliness that the humanists suffered in prison and the failure of pagan and Christian philosophy to console them. The work redefines humanism as a dynamic communal movement focused on the living word in dialogue. His first book, The Renaissance of Marriage in Fifteenth-Century Italy (Harvard UP 2004) explores how in advocating an ideal of marriage and sexuality, Italian humanists offered an alternative to Christian asceticism and prepared the ground for the Reformation's rejection of holy virginity. D'Elia found that ideas about marriage in humanist rhetoric related directly to the lives of Renaissance Italians and so offered a revealing window about self, gender, and society. The arguments and newly discovered sources in the book have complicated our conception of women, gender, and sexuality in the Renaissance. D'Elia has translated Bartolomeo Platina, Lives of the Popes, Volume One: Antiquity (Years 1 to 461 AD) (The I Tatti Renaissance Library, Harvard UP 2008), and is working on Platina, Lives of the Renaissance Popes, for the same series. Professor D'Elia's current research project, Sport and the Spectacle of Violence in Antiquity and the Italian Renaissance, is a comparative project that focuses on two related subjects: 1) the Renaissance reception and interpretation of Ancient sport and spectacle. This includes Greek athleticism, Spartan physical education, and the Olympic games, and the ancient Roman games and spectacles, including gladiator shows, large hunts, and chariot racing. The project also studies 2) Renaissance physical education, spectacles, sport, and entertainment, including tournaments, mock battles, hunting, dance, and public punishments and executions. Themes treated include gender, masculinity, education, violence, spectatorship and entertainment, and animal cruelty.

Pagan Virtue in a Christian World: Sigismondo Malatesta and the Italian Renaissance

A Sudden Terror: The Plot to Murder the Pope in Renaissance Rome 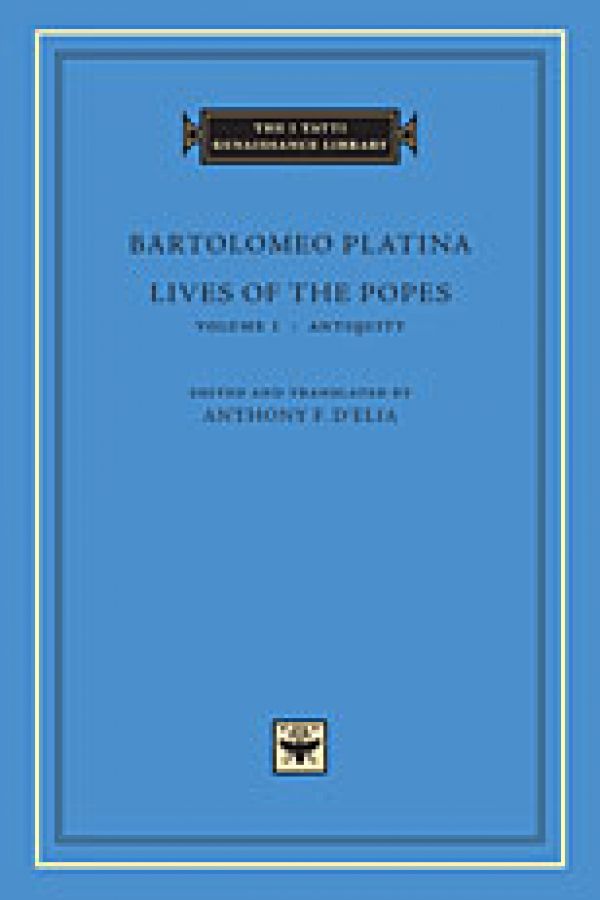 Lives of the Popes, Volume 1, Antiquity 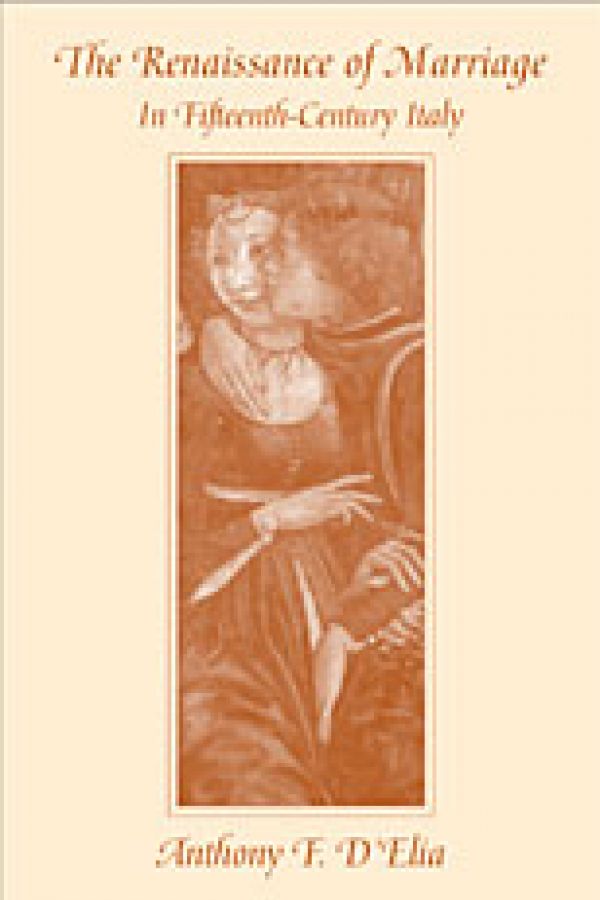 The Renaissance of Marriage in Fifteenth-Century Italy