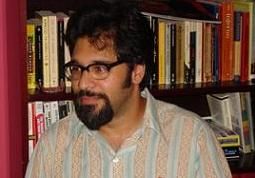 Adnan Husain is both a Medieval European and Middle Eastern historian. His early work focused on religious phenomena and social imagination in Medieval Catholicism and Islam, particularly on Franciscan spiritual and Sufi mystical traditions. He now principally studies and teaches on the cross-cultural and inter-religious encounters among the Muslims, Christians and Jews of Latin Christendom and the Islamic world in the Mediterranean zone from the tenth to the fifteenth centuries. On these topics, he has published several articles; completed a forthcoming study, entitled Identity Polemics: Encounters with Islam in the Medieval Mediterranean World (1150-1300); and has co-edited a collection, A Faithful Sea: The Religious Cultures of the Mediterranean, 1200-1700, in a new series he edits called "Islam and the West: Influences, Interactions, Intersections." He is currently at work on a study of the intellectual and religious culture of Muslim diasporic minorities in "the West" from the late Medieval Mediterranean to the Early Modern Atlantic worlds, while co-editing a collection on the cultural history of the Qur'an in translation.

Beyond his core research focus on religious culture and difference in the pre-modern world, he makes strategic forays into modern and contemporary areas of personal and professional interest: Islam and Muslims in Europe and North America, Middle East politics, public and political discourses in "multicultural" societies on race and religion, and the histories of transnational solidarities and resistance culture in the era from decolonization to globalization. He explores some of these issues in a weekly program, "Radio Bandung" (www.radiobandung.blogspot.com), he co-hosts on Queen's campus radio station (CFRC 101.9 FM, www.cfrc.ca).