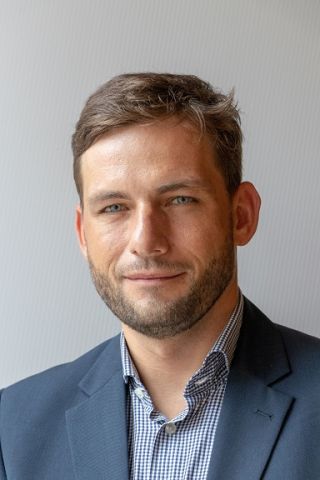 Swen is an adjunct professor in the Department of History. In addition, Swen is a Affiliated Scholar of the German Historical Institute in Washington/DC with its Pacific Regional Office at University of California Berkeley. Early in 2019 he joined the Advisory Committee of the Austrian Archive for Exile Studies and the Exile Library in Vienna. Swen is also a member of the Global History Initiative and the Russian & Eastern European Studies Network at Queen's University where he started the Migration History Reading Group in February 2020. Since September 2019, he is Research Ambassador of the German Academic Exchange Service (DAAD) at Queen's University.

Swen has been Research Assistant and Post-doctoral Researcher at the Department of History at Dresden University 2010-14 and 2016-18 where he earned his Ph.D. in 2013. From October 2014 to October 2016 he has been a Post-doctoral Fellow of the German Research Foundation with an affiliation at University of California in Los Angeles and his recent project: "A History of Knowledge on Mountains and Woods: Forestry and Mining between Europe and North America, 1860-1960". In 2017 Swen has been a short-term Fellow of the German Historical Institute in Washington/DC too.

Swen's research is focused on the intersection of migration and knowledge, knowledge and young migrants, forestry and mining, exile and forced migration studies, religious corporate culture concepts and economic transformations. Following these interests, he taught more than 25 courses at Dresden University between 2006 and 2018.

Swen is author of three (German) monographs, including his PhD thesis on religious corporate culture concepts in the rural pulp and paper industry in central Germany, and numerous articles (in German and English). He is member of the editing board of five book series including "Global Epistemics" of the "Centre for Global Knowledge Studies" at University of Cambridge and on the edition board of "Zeitschrift für Geschichtswissenschaft" (Journal of History, German). Swen has edited ten volumes and four peer reviewed special issues. In March 2019 he started the blog "Migrant Knowledge" (migrantknowledge.org) for the German Historical Institute in Washington/DC with its Pacific Regional Office at University of California Berkeley (together with Andrea Westermann and Mark Stonemann).

The Global History Initiative hosted the 2022 Poverty & Scarcity in Global History Conference on February 3 & 4, in collaboration with the Poverty Research Network at the University of Glasgow.

The conference interrogated the interface between poverty, scarcity, and the field o