The Labor Question in America: Economic Democracy in the Gilded Age 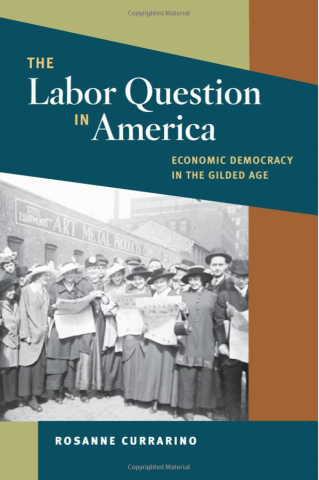 In The Labor Question in America: Economic Democracy in the Gilded Age, Rosanne Currarino traces the struggle to define the nature of democratic life in an era of industrial strife. As Americans confronted the glaring disparity between democracy's promises of independence and prosperity and the grim realities of economic want and wage labor, they asked, “What should constitute full participation in American society? What standard of living should citizens expect and demand?” Currarino looks at the diverse efforts to answer these questions, from the fledgling trade union movement to contests over immigration, from economic theory to popular literature, from legal debates to social reform. The contradictory answers that emerged--one stressing economic participation in a consumer society, the other emphasizing property ownership and self-reliance--remain pressing today as contemporary scholars, journalists, and social critics grapple with the meaning of democracy in postindustrial America.