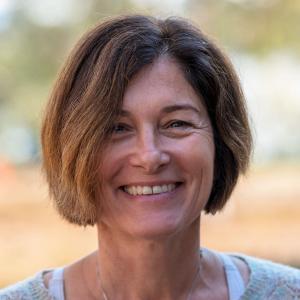 Professor (Political Studies), Director of the Centre of Democracy and Diversity

Margaret Moore is a professor in the Political Studies department, cross-appointed as a courtesy in Philosophy where she teaches in the Master’s in Political and Legal Theory program. She is the author of four books, Who Should Own Natural Resources? (Polity 2019), A Political Theory of Territory (Oxford 2015), Ethics of Nationalism (Oxford 2001) and Foundations of Liberalism (Oxford 1993) and has edited several other books and journal special issues. A Political Theory of Territory was the winner of the Canadian Philosophical Association’s Best Book Prize in 2017, and was translated into Japanese in 2019. She has published in journals such as the Journal of Political Philosophy, Political Theory, Philosophical Studies, Political Studies, and Ethics and International Affairs. She is a Fellow of the Royal Society of Canada, an Associate Member of Nuffield College, Oxford, and in 2018 held the Olof Palme Research Professorship at the University of Stockholm (July-Dec) and the RSS Fellowship at the Australian National University (Feb-June). She is also the director of the Centre for the Study of Democracy and Diversity at Queen's University.