Late Renaissance, Baroque, and Rococo Art & Architecture in France, Italy, Central Europe, and Iberia and their international diffusion in Latin America, Asia, and Africa; also the arts patronage of the Catholic Church and religious orders such as the Society of Jesus (Jesuits). With funding from the National Endowment for the Humanities and SSHRC, Professor Bailey created a research website, with the help of his students. This site, Colonial Architecture Project, includes a searchable photographic database and historical timelines.

Gauvin Alexander Bailey has taught Renaissance, Baroque, Latin American, and Asian art at King’s College at the University of Aberdeen, Boston College, and Clark University, and has held guest professorships at the Zentralinstitut für Kunstgeschichte in Munich (as the 2017 Panofsky Professor), Georgetown University, Boston University, and the Universidad de los Andes in Bogotá. He has curated and served as consultant on museum exhibitions at the Victoria & Albert Museum, the Smithsonian Institution, the Museum of Fine Arts, Boston, the Philadelphia Museum, the Gulbenkian Museum (Lisbon), and the Musée des Beaux-Arts de Caen, among others and has held fellowships with the John Simon Guggenheim Foundation, the Harvard University Center for Italian Renaissance Studies at Villa I Tatti, the National Endowment for the Humanities, the Arts and Humanities Research Council (UK), and the British Academy. He has published nine books including, most recently, Architecture & Urbanism in the French Atlantic Empire: State, Church and Identity, 1604-1830 (2018), The Palace of Sans-Souci in Milot, Haiti (ca. 1806-13): the Untold Story of the Potsdam of the Rainforest (2017), and The Spiritual Rococo: Décor and Divinity from the Salons of Paris to the Missions of Patagonia (2014). He has just finished a tenth book entitled The Architecture of Empire: France in the Indian Ocean and Southeast Asia, 1664-1954. He has also co-authored or co-edited seven other books and wrote over 80 articles and book chapters on topics ranging from Renaissance ivories carved in the Philippines to Italian Baroque paintings in a time of plague. Bailey maintains an active international lecture schedule and has made over 100 presentations at academic institutions and museums on six continents. He writes regular exhibition and book reviews for The Burlington Magazine and the Art Newspaper.

The Architecture of Empire: France in the Indian Ocean and Southeast Asia, 1664-1962. McGill-Queen’s University Press, 2022. 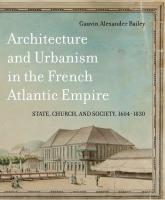 The Palace of Sans-Souci in Milot, Haiti (ca. 1806-13): the Untold Story of the Potsdam of the Rainforest. Zentralinstitut für Kunstgeschichte and Deutscher Kunstverlag, 2017.

The Spiritual Rococo: Décor and Divinity from the Salons of Paris to the Missions of Patagonia. Ashgate, 2014. 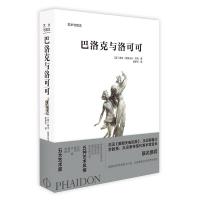