Resolution Island is located at the south east corner of Baffin Island approximately 200 km from the capital of Nunavut, Iqaluit. 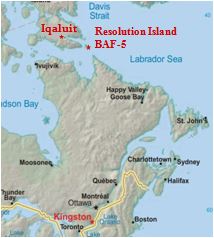 At Resolution Island, Nunavut, a large quantity of PCBs were found to be present at the site in 1993. From 1994 to 1996, work was conducted by the ASU to stabilize the situation. PCB liquids were removed from transformers and safely stored, capacitors were containerised, barriers were designed and constructed in PCB leachate pathways on the land, the whole area was delineated for PCBs and metals and the contents of many barrels were analyzed. The cleanup of the site was managed by the Qikiqtaaluk Corporation (now Qikiqtaaluk Environmental), an Inuit company from Iqaluit.

The weather on Resolution Island is severe and affects all aspects of relating to work at the site. During the cleanup operation. In 1999 a severe ice storm halted excavation for 5 days. The helicopter and heavy machinery were immobilized.

The ASU carried out all of the mapping, sampling and testing at this site. 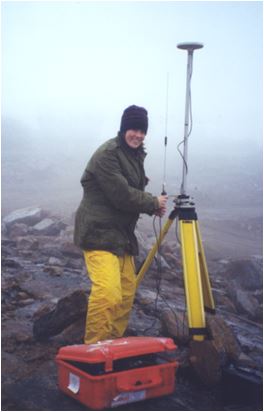 Setting up the GPS Base Station 2001

In 2000, a mobile laboratory unit was designed, equipped and taken to the island. The 45ft module contains a GC/ECD for PCB's and a GC/FID for TPH analyses, a fume-hood for safe chemical handling, gas generators and cylinders for the GC, vacuum and water chiller units for the rotary evaporator, a shaker unit, associated glassware and solvents, and a whole variety of sampling and safety equipment related to working at a contaminated site.

The lab was winterized at the end of each season and was in operation from 2000 to 2006 when it was demobilized and used in Iqaluit. The lab worked really well and allowed to ASU to meet all of its sampling and testing requirements. 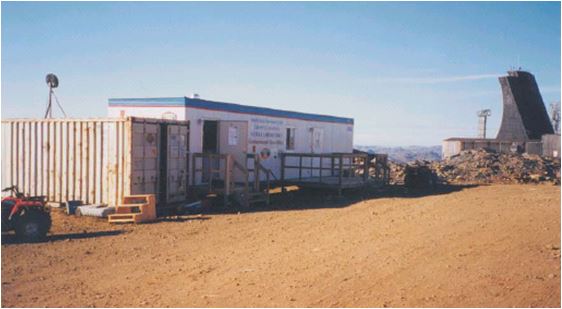 After excavation of PCB contaminated soil, barriers were designed and constructed to prevent further mobilization of soils trapped in fractured bedrock and run-off containing soil from inaccessible areas. The barrier system at the top of the cliff in the S1/S4 valley was constructed in the first two weeks of August 2003. The funnel and gate system was designed so that water flowing down the S1/S4 valley had to pass into the funnel and out through the gate, which was comprised of a series of filters. 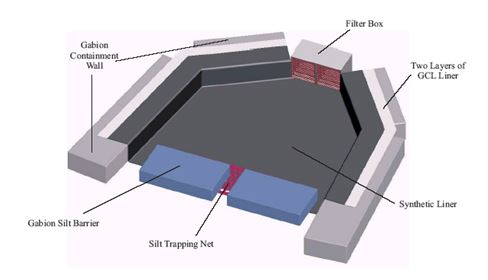 Schematic of the Funnel and Gate System

The funnel was shaped partially on one side by a natural rock face and gabions on the other side. There was a gradual slope towards the front of the filter box or gate. Water was contained in the funnel by two layers of geocomposite clay liner (GCL) on top of which was placed a black synthetic liner. The filter box was designed with slots such that various filter and absorbent materials could be placed in them. 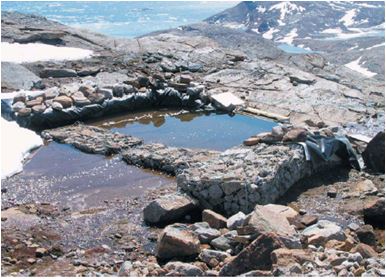 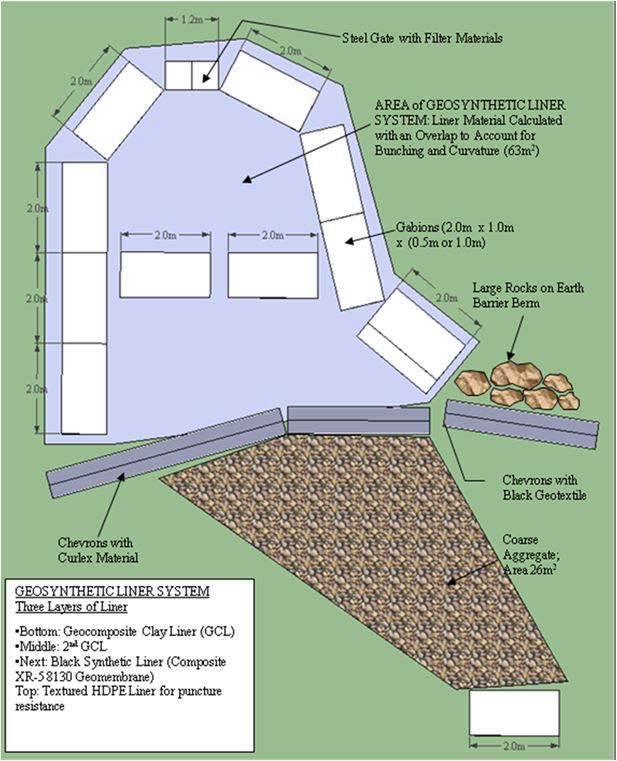 ASU staff continue to be involved in the ongoing monitoring and maintenance of the barrier systems. This includes field excursions for sampling and replacing barrier materials, as well as laboratory analyses. The most recent field maintenance occurred in 2019 with the construction of a new barrier at the Furniture Dump location and partial decommissioning of the S1/S4 valley barrier, and included the replacement of the filters in all barriers. 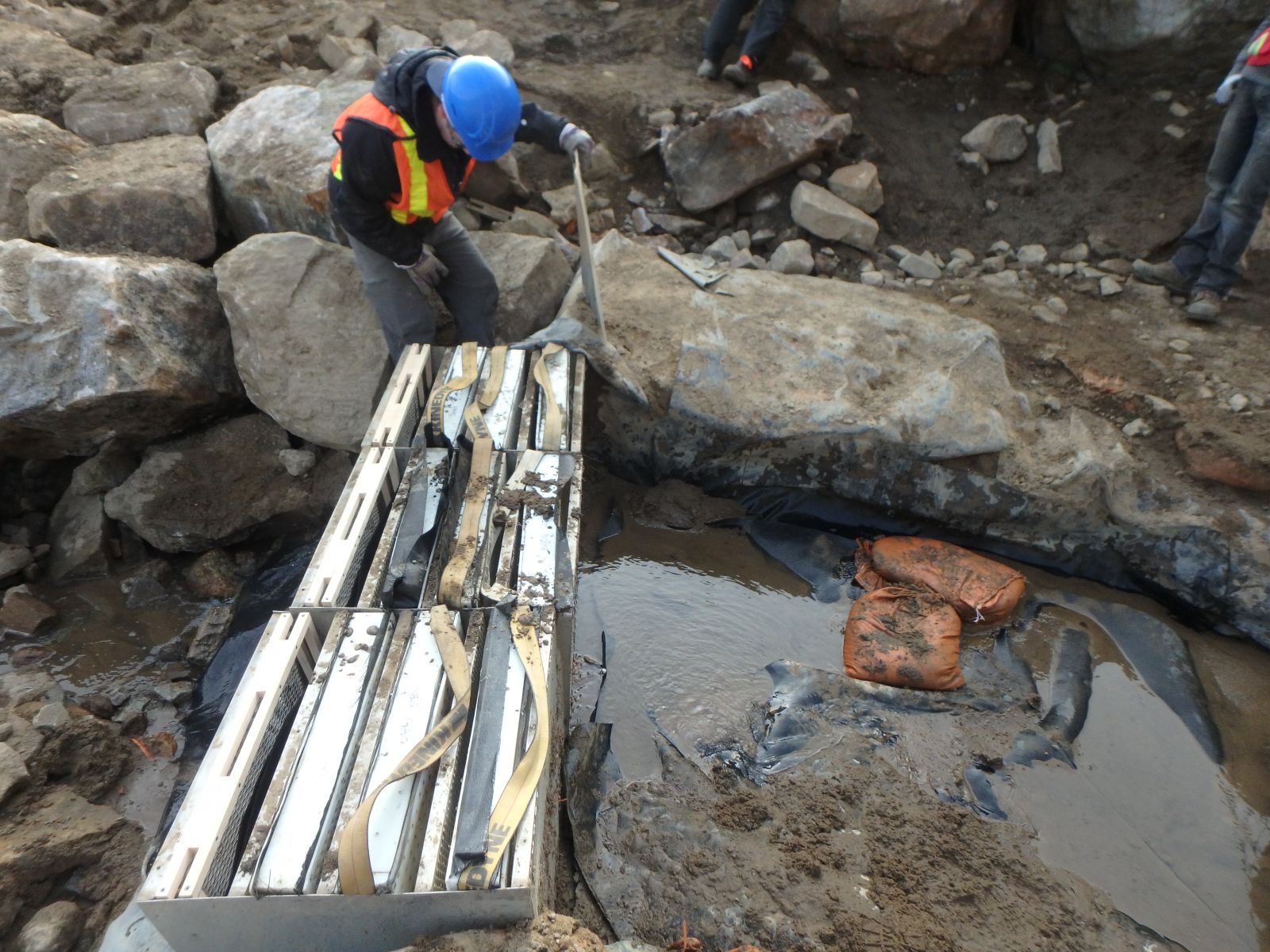